poty
August 12, 2016
Two of the most amazing events happened on the same day in early May; Cora was born, and I went on a Zero-G flight. 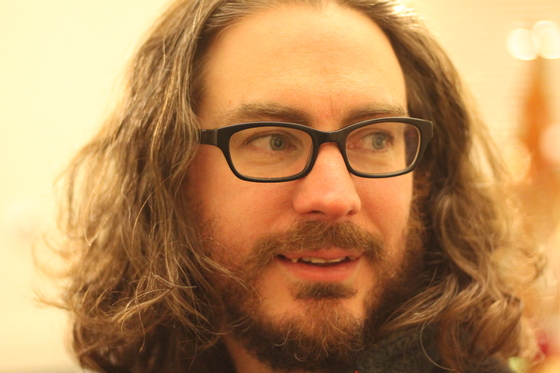 Kay has an enviable look. (Haven't talked about cameras in a while... some of the shots from the end of last year and this one were with a new Canon Rebel T3, a DSLR larger than the PowerShots, and feeling more like a "real" camera overall.)


Had an all-night "Hack-A-Thon" at work, this is Seaport District at dawn.

EBB2 and EBB1 at a playground.


Googly Monster Fingerpuppet. I think this might have been an accidental photo shot when going to take video for "One Second Everyday" - 1SED is great, but probably makes me less thoughtful, or at least less frequent (which leads to the same results) about static photos.


Bar scene, being taken by hunter. There subtle emotional play going on here. 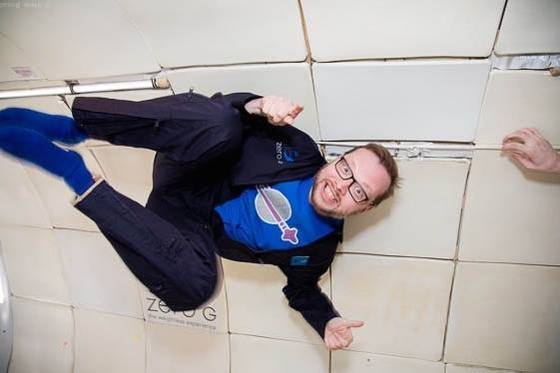 Me in Zero-G, on one of those "vomit-comet" type planes - a 40th birthday gift to myself.


Me and my Super-Niece Cora, about 2 months old here. I have a similar shot from the day after she was born, but I like how she looks like she's puzzling something out here.


I didn't take it but this is about my favorite early photo of Cora.

Photo by David F Parmenter - a glitchy panorama of the JP Honk Band at Haley House that I Printed and put above my bedroom door. 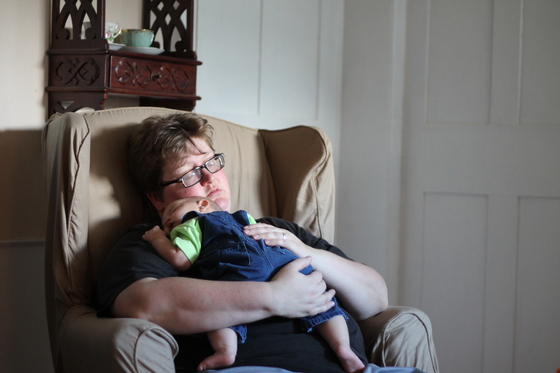 Cora at rest with her Mama K.


EB and I collaborated on designing and making the "hoop banner" for JP Honk.


Finally, my tuba "Beauty" and I dressed up as skeletons for Halloween.


"Hey Elliott, here's a tasty way to get over your sadness: Eat your tears."
--Amelia Dying is Probably Okay - a retort to a piece on Peter Thiel being right about radical life extension. BABAM band (collective of folks from HONK-stye bands) played along with the Landmark Orchestra at the Hatch Shell, like we did last year. Here's Marie, me and organizer Chris Schroeder's kid, all who were feeling pretty Super! 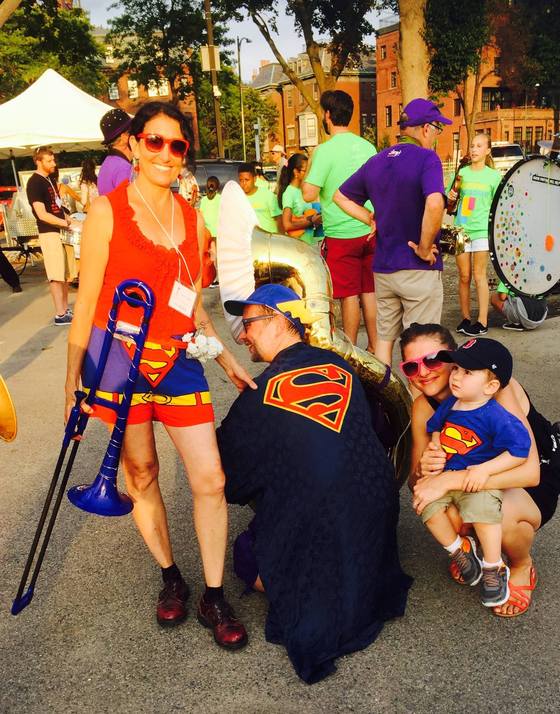 Disclaimer: if you like vaping, more power to you. Have fun with it! The clouds of smoke seen kind of fun, and I guess it's less dangerous than more traditional tobacco. That said...

I think I figured out why Vaping seems so weird to me- even beyond the dystopian sci-fi feel of it, beyond the goofy candy flavors that are often chosen for it, beyond folks who treat he human fog-machine aspect as a competitive sport:

A classic cigarette is an event. Like having a drink, it demarks a period of time (often providing a small time of respite from work drudgery): from the moment of lighting to when the cigarette is stubbed out. This seems not to be the case with people vaping; people can carry it around and take a puff whenever they feel like it.

Vonnegut kind of justified smoking as "a fairly sure, fairly honorable form of suicide" but vaping seems to rob it of some of that critical dignity... at its worse, especially dangling from a chain around the neck, the vaporizer looks (and, to some extent, acts) like a baby's pacifier- at its best, it's like someone walking around with a sports bottle, having a pull as thirst dictates.

Again, not really trying to mock its use, just isolating why it seems so goofy to me in a "you kids get off my lawn!" kind of way.