Apropos of nearly nothing, I was thinking about how way back in sixth grade (so, like, 1986 or so) one of my fellow students taught me this "class song" - he might have signed a yearbook or something with it...

That was... pretty foresightful for sixth graders to come up with? Though maybe it was just a response to "Party Hearty, rock and roll, drink bacardi, smoke a bowl, Life if good, lets get our kicks, cuz we're the class of 86!!" (Also, this song but I think it's a lot more recent?

I got to thinking of a few other rhymes like that. Sedaris mentioned a bumpersticker I also remember from way back when:


Bumper to Bumper
Butt to Butt
Get Off My Ass
You Crazy Nut!

.Another one I once saw scratched on a pier at a Cleveland / Lake Erie park:

Eric was here
But now he's gone
His last few words
were "party on!"
Those who knew him,
knew him well.
Those who didn't
can go to hell!


I remember one of my fellow counselors mentioning that was a pretty good one, as far as the genre goes. Nice technical breakdown of how Mega Man 2's music does what it does. I only barely have enough mojo to follow the chord stuff, but I was happy as always to see the blues scale there.

I really broke my non-tuba bass clef reading abilities by the way I self-taught transposition, and it's not getting better these days since I'm more likely to be told the name of the chord - but when I see a Bb written in bass clef, I still think of it as "C".

Maybe I should try to pick up guitar or some chord-centric thing to widen my musical understanding. 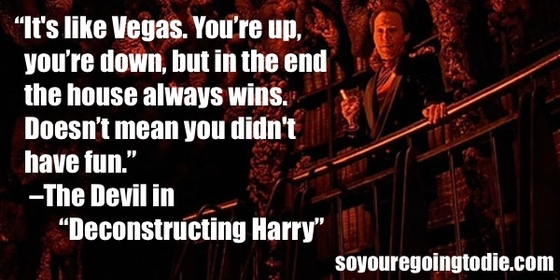