ramble
Article on the background of "woke". I hate false symmetries but I've been thinking about some of the parallels with "taking the red pill" and "being woke". I'm wary of most claims of group-cohering revelations and special knowledge, but at least "woke" carries a sense of being aware so you can do your own thinking, whereas red pill draws more of a knowledge injection.


wife: go see if the baby sleeping
*walks into baby's room*
baby: corporations exploit our insecurities for profit
me: no babe she woke af

6 Things Juggalo Culture Teaches Us About Trump (Ad-heavy Cracked link, their "Cracked Lite" app might be a better bet)

James Harvey linked to it, focusing on it's thought that ""People tend to interpret bluntness as candor and eloquence as dishonesty". I rambled about the whole "they're stealth Christians" angle that was there for a while but maybe didn't end up really applying (and how easily a group like U2 can mask a Christian heart from me with artistry and simple tricks like a gender swap for the Holy Spirit in "Mysterious Ways" - the Evangelical music I grew up near was pretty damn hamfisted) but then I thought more about the article's point.

Here's what I said:

This may be disingenuously sophomoric, but I think the "world hates us" perverse pride that powers Juggalos/Deplorables cohesion all comes from the human need to slap value judgements on everything. Things can't just be, or can't just be evaluated and valued for their objective productivity, people are desperate to figure out what the "shoulds" are, and then paint was is overall better and overall worse. (For people who fancy themselves clever it's very easy to conflate intelligence with human worth) So the privileged groups parlay their objective advantages into snobbish looking down at everything, and ICP and Trump is the reaction, like the article sets out.

I guess this is just a goofy pollyanna call for kumbaya, see-the-good-in-everything, but just now I noticed it ties into the idea that everything needs to be measured on many different dimensions but there's a human tendency to smush that into a single dimension of good/bad, or worthy/unworthy, which is one my earliest philosophical / existential morality cornerstones - an idea that's "sophomoric" for me in a very literal, second year at college sense.

Here's a 2004 retelling of that idea history, inspired by "Theory of Multiple Intelligences". 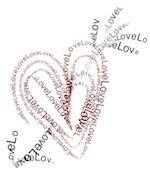 Why do we like sports or movies? It's just incredible that a trillion-synapse computer could actually spend Saturday afternoon watching a football game. It's a colossal phenomenon that needs to be explained, and I'm not joking.