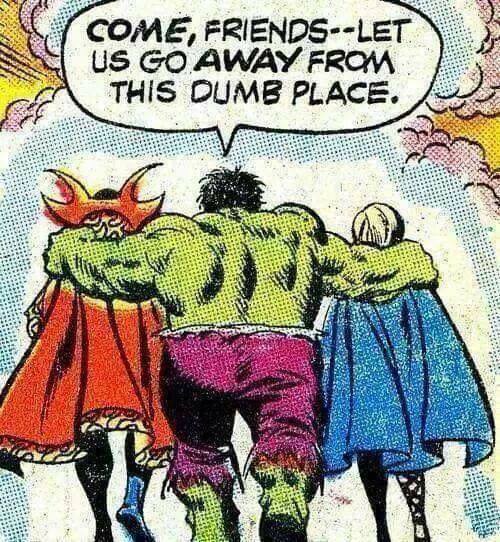 --Josh Dahl says "This image is amazing. It should be used all the time. It applies to every situation. Use it far and wide." "COME Friends.... Let us go AWAY from this dumb place"