my dad the art collector

Last year around this time I went to the Boston MFA with Melissa and Liz, and I told them the story about my dad's art collection, how even though he had no budget he knew how to juggle finances and became a small-time collector, especially lithographic prints. (I have a few vague memories of going with him to meet with dealers in upstate NY, rifling through those bins like they used to have in record stores.)

In the year of his death, well after he was incapacitated from illness, he invited representatives of the Cleveland Museum of Art to peruse his collection and see if there was anything they wanted to add to their permanent collection. They chose two pieces.

Of course as a 14 year old I didn't really get the level of honor that represented, how that kind of affirmation from such an institution meant to so much that it was worth making a gift, even a gift that was rarely going to be "on view"...

Last year was the first time I remembered that public institutions now post their collections online, so I could see what the prints in question were: 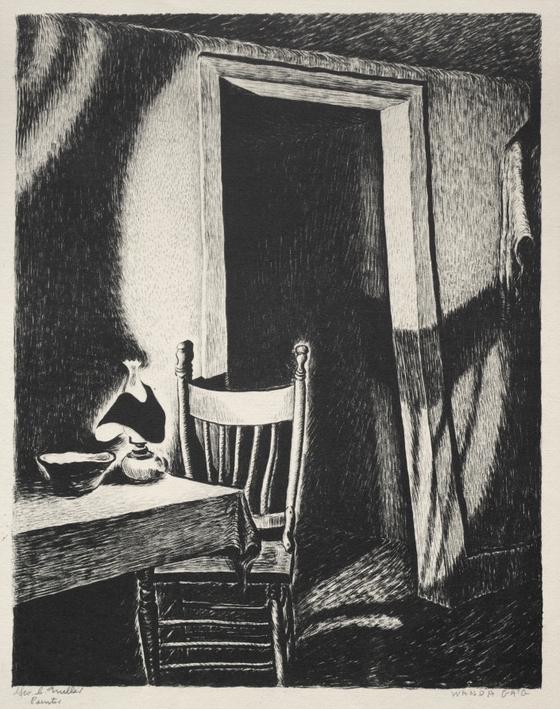 Such an intriguing kind of meltiness to it all... In 2014 The New Yorker wrote on some of the artist's children's books)

The other was Thomas Hart Benton Sorghum Mill (1969) 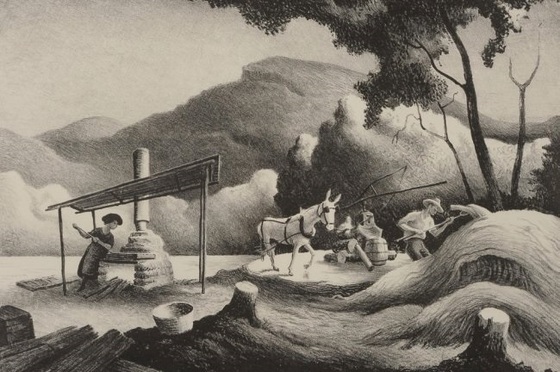 My dad was classic "champagne on a beer budget" where I tend to the reverse, a bit. I suppose you could speculate that the kid from small town Ohio felt he had something to prove in a way that I don't, though also he had an artistic sensitivity I lack - and a gourmet-ish attention to detail evident in, say, his baking with precise measures and his incredibly persnickety needlepoint work.

FWIW I'm kind of the polar opposite of that, preferring things that are superficially intriguing, to be generated and consumed in the most expedient method available - I've cultivated my way of skimming a book and quickly getting the jist into kind of a lifestyle. On the other hand, I suppose the programming I do has a similar need to attend to tiny details...sometimes I wish he was around so we could have done needlepoint / pixel art collaborations. I should post this link : clevelandart.org/art/collections - Cleveland has a fine art museum (no pun intended) and the website made it trivial to find these. I just now had a 2-and-2-together moment. I was thinking "Well, yeah, Cleveland Museum - I mean that's where we were living" - but also, that is probably the very museum in a story he'd tell of his own young boyhood - going on a school field trip, up from downstate Coshocton Ohio, and once there being kind of stunned by the art of undressed women... "teacher... teacher... you can see her, her THINGS". To go from the boy in that story to having works from his collection accepted there - that's a heckuva narrative arc.