rambleselftuba
May 19, 2019
A few weeks ago I had a small epiphany at my therapist.

The back story: my parents are officers in The Salvation Army, which (in parallel with its emergency and charity operations) is a church; a denomination called "Salvationism", a near offshoot of the Methodists that took the idea of waging a war against sin to heart, and modeled itself after a military - churches are called corps, members are called soldiers, pastors are called officers and there are uniforms, with tunics and hats and everything.

As in the military, officers get assigned to live wherever the 'Army feels their skills will be put to the best use, and so "OKs" (Officer's Kids) have to be braced for moving every few years.

So, looking back, here's roughly how I viewed the structure of authority: 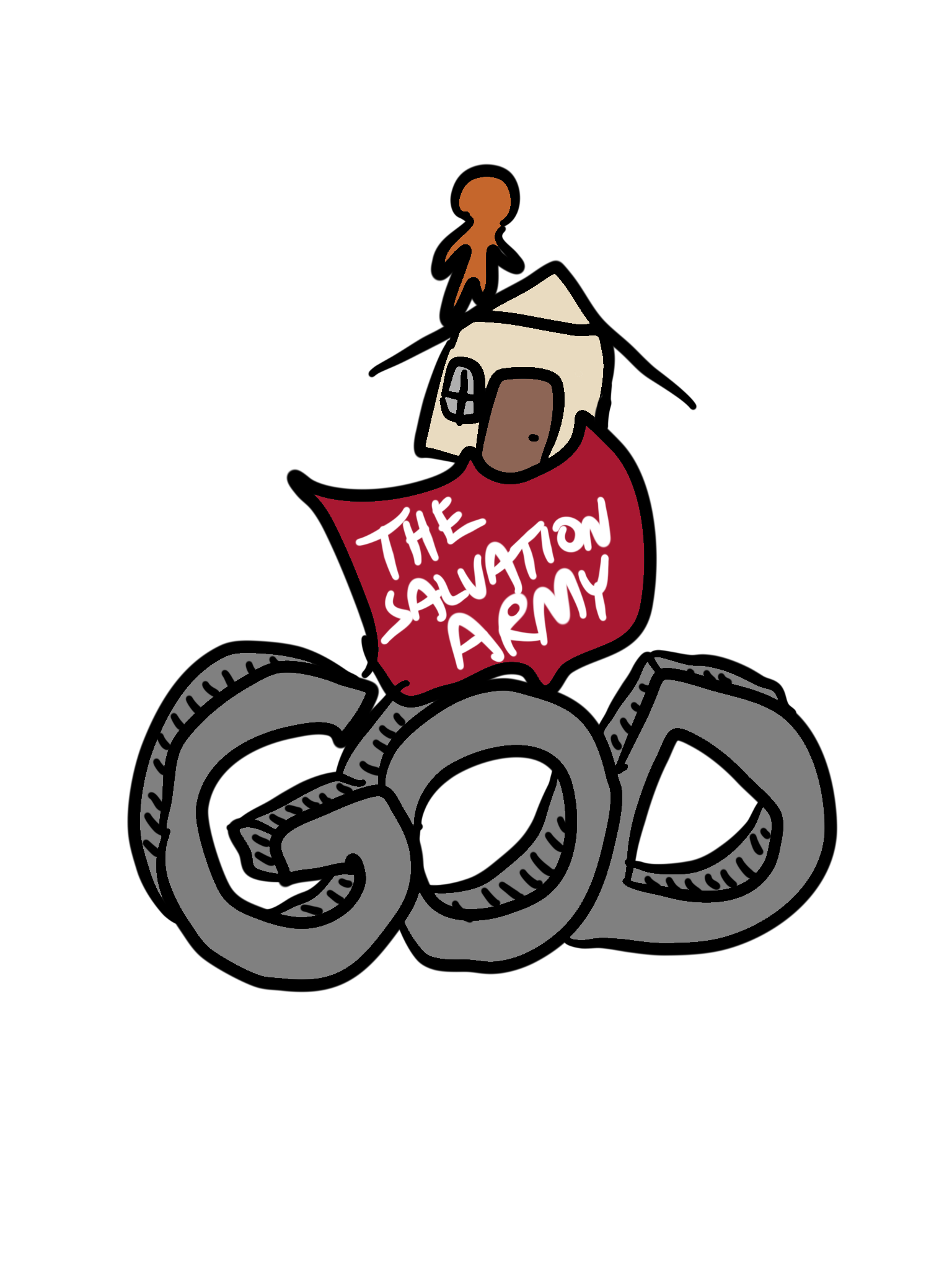 I'm perched on top, the most precarious place. I am taught how I should live - and then, told WHERE I will live - by my parents. (Here represented by a home) But my parents are supported by The Salvation Army. It has the authority to tell them where to go and what to do, and they comply. The Salvation Army, then, was anchored on and drawing its authority from God. From God! Can't get much bigger than that!

I'm sure the whole "parents are your minister and representative of God" thing is another topic for therapist fun, but right now I'm thinking more about the top 3 levels; when you combine it with the Good of the many outweighs the good of the few or the one attitude I think I inherited from my mom (where our personal needs should not be ignored, but weighted in the general balance for choosing best course of action), you get an especially acute sense of "the group will ask sacrifices of you, and you must make them."

As an "OK", less than average of your material life is actually owned by your family... the quarters- the assigned house (or apartment over the church in my case) - will be mostly stocked with its own furniture. Utilities and reliable transportation will be arranged for and life will otherwise be frugal, and your parents are potentially on call at all kinds of hours - especially during that Thanksgiving-Christmas "Red Kettles" season. I'm not trying to bellyache, there are plenty of worse environments to grow up in - but still, the sense of authority and chain-of-command was strong, and The Salvation Army was a calling, not just a job - for example I had a precocious and impeccable "business" phone mojo going when answering the shared line, evn as a pipsqueak elementary schooler - my folks would be commended on their extremely polite secretary.

(My family was graced with longer appointments - I was especially lucky by "OK" standards of the time to be in mostly the same place for most of middle and high school. But I was bummed about the move from Western NY to Upstate NY before third grade, and had so much adolescent resentment moving to Cleveland after sixth that I switched to going by my middle name Logan as a form of existential protest. (err, before I knew it was a "Wolverine/X-men" reference))

So, too much backstory, here is the point, and the small epiphany: So I had deeply ingrained sense of the importance of the group. Imprinted on me: Groups are manifestations of greater goods (even when they don't claim to be prayerfully reflecting God's will) and so can expect sacrifices of you. And not only of you, but of loved ones you're with! People who probably won't be directly involved with the group on a regular basis, and who may have only had been partially aware of the strength of your commitments

(and being reliable isn't just import to me in terms of my concern for my reputation in the group, but my integrity as a person - a group being angered with me for not being dependable would be awful mostly as a signpost towards me not being a dependable person. (I think. Causing someone or some group strong bad feelings because of my own "selfish" needs also does poorly on "greater good" scale, so there is a social aspect of it - not just the objective judgement of God of me, the individual potential sinner.))

So, I need to remember that groups - mostly brass bands for me these days (which actually are also kind of a gift from The Salvation Army for me, come to think of it) - aren't just asking sacrifices from me me, but of me and my presence and energy that might otherwise by my partner's. I need to be more cognizant of that. Bonus content: it took me years to notice there was a pun/metaphor in calling the printed offering envelopes "cartridges" - these are roughly the ones I grew up with 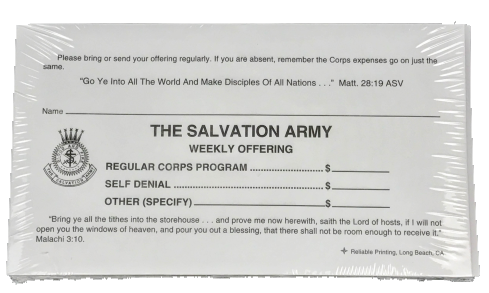 I remember the "If you are absent, remember the Corps expenses go on just the same". The admonition was watered down a bit from this antique one of the 1800s that has further instructions in a militaristic vibe. 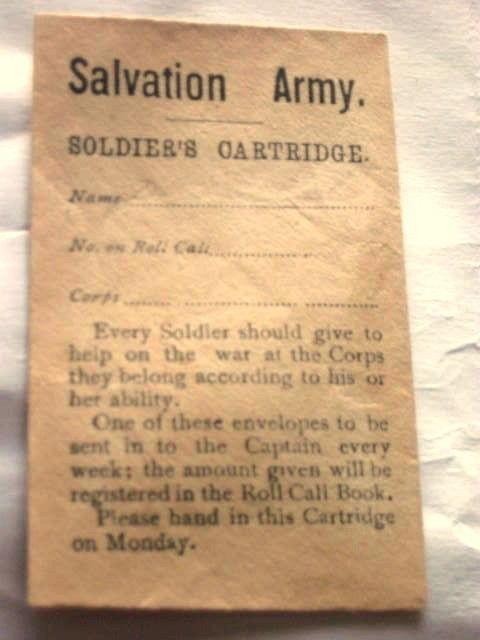 Ever wake up from a nap, and kind of disoriented? Your inner monologue is like "Ok... I think... I'm on a planet... called Earth? And it has... gravity? And sometimes frogs?" Today at the Friendshipworks Walk to End Elder Isolation - a lesson in photographic perspective, and why you usually put the tuba player and the horn behind the arc not where it angles around... it kind of towers over everyone!