never such an old man

Over the years I've learned how to calculate milestones, so over the years I've made entries on some of his birthdays, his death date anniversaries, and the other odd milestones like "I'm exactly twice as old as I was when he died, so as long without him as I had been with him" and "I'm as old as he was when he died." Some of those days I made little tribute-y essays - (he was a really interesting guy, champagne on a beer budget where I'm sometimes the opposite) - kirk.is/tag/dad

Bummer he wasn't around doing needlepoint when I figured out about pixel art, and could make tools to help convert images or otherwise find source material like retro video games, woulda been interesting to collaborate with him!
UPDATE: Deb, a woman who knew my dad in Salamanca, replied on FB:

I remember him well and I never laughed so hard until he was boiling hotdogs and he said the hot dogs are having an erection they must be done. I was kind of shocked he said that and then again not. He was a good man.

Funnier to remember he was her pastor! And her brother worked with my folks and became a Salvation Army minister himself. 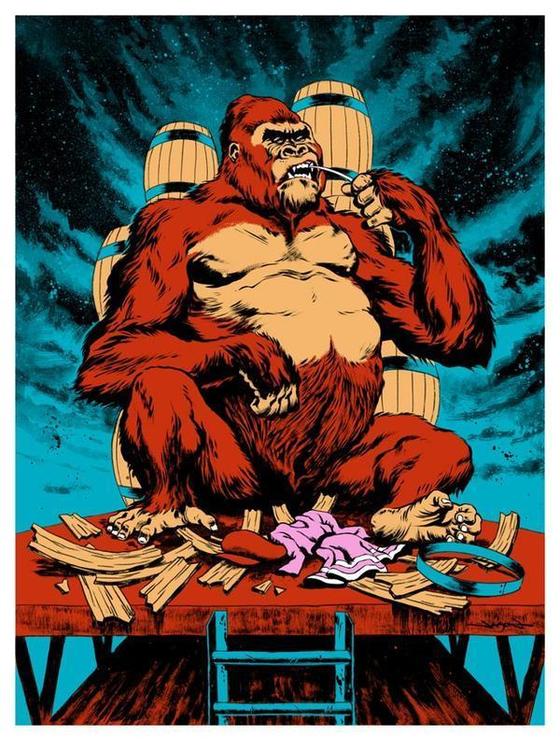 --Donkey King by Jason Edmiston via

Prime Minister, negotiating FTAs with the EU and the US and securing their ratification in less than three years, I think is going to be a Herculean task for you. But we do want to be your friend, and your ally; your Athena in doing so. And I think the manner in which you leave the European Union will determine whether that's possible.

That's a brilliant burn - Athena helped Hercules on many of his tasks, but most famously, knocking him out after he went tragically went mad and had killed his own children but before he could kill his own father...