it's quite a mausoleum, you're always glad to see 'em

September 29, 2019
Yesterday I went with Melissa and Ariana to Mt Auburn Cemetery - feeling a bit remiss in not having lived near Boston for years without going there... it's quite restful and lovely, besides seeing some graves (like Isabella Stewart Gardner's mausoleum) it's an arboretum,has a few ponds, boasts some plants hosting lovely butterflies, and has a small hilltop tower you can climb to get one of the best views of all of Boston and the 360 area around... all for free, but buying a $1 map makes it even better, pointing out some historically important graves (besides Gardner, I has us go to say hi to Buckminster Fuller's grave, which sadly only has a picture of a geodesic dome on a rather humble and prosaic marker) and sculptures... (you can either navigate with the map alone or it pairs well with google maps)

The Bourne mausoleum is quite striking when you peek through the door's window... 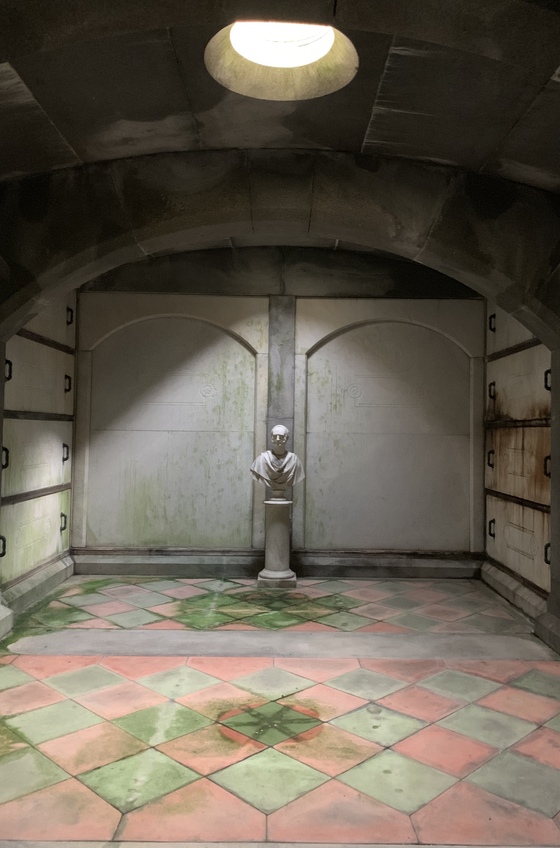 I had read how a trimtab was a very important concept to Fuller - basically if you have a ship with a giant rudder, it's very difficult to get the rudder to move to steer - the trimtab is smaller rudder on the rudder, and so can influence the course of the mighty ship with a smaller effort - or, in terms of the metaphor, with a smaller group of dedicated people.


I'm making "cheat sheets" for BABAM for tubas (and hopefully eventually other parts) - taking our main 10 or so songs and putting the relevant sections on one page that can be printed onto a sheet or so or peeked at via phone. Things are geared at novices, so I'm putting in the fingerings (might make up a set with trombone slide positions as well)

It's amazing how sensitive my ego can be... I've had a few false starts and dead ends in making a workflow for assembling the cheat sheets (messing with using my ipad as a touch screen to draw in the numbers, and also whether I should use screenshots from existing sheet music or just re-enter notes into the composition program musescore). But it's so weirdly difficult for me to admit "yeah, that earlier idea was gonna be pretty clutzy" without feeling like I'm harshly criticizing my past self. (even if some of the "fault" was with the technology - I would not recommend "duet display" for using an ipad as an extra screen drawing pad)

Isn't that weird? I can't even celebrate "oh, here's a hacked together method that works pretty well" without being annoyed at me not seeing the best path immediately. (And also without considering how someone more adept would have an even slicker path.) It's fixed mindset writ small.