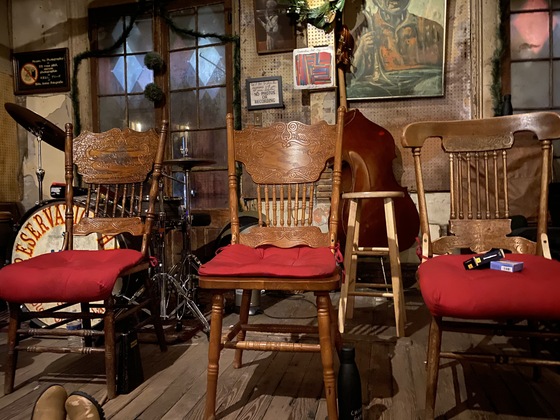 Tuesday evening we went to Red Fish Grill (our driver the day before mentioned her son was a chef there, and seafood besides 'fried' seemed like a good change.) After we hit Preservation Hall - the quick, polished 45 minute set you get (with 3-5 shows a night) is a good little sampler. We sat in the good cheap seats, meaning on the floor on bench cushions right in front of the musicians. No photos permitted during the performance, alas. 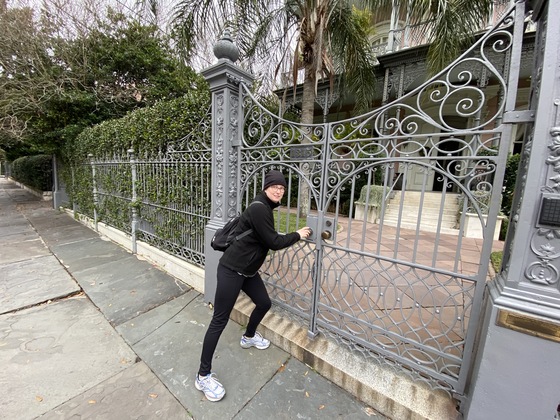 Wednesday morning we set out to District Donuts and a quick jaunt through the garden district. Melissa was stoked when we overheard a segway tour leader pointing out a place Melissa's high school idol Trent Reznor had lived there for a bit. Meanwhile, we laughed at how her chilly weather gear made her look like she was casing the joints. 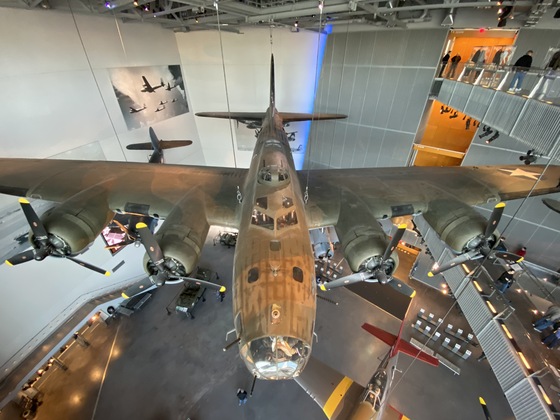 We spent the afternoon at The National WWII Museum. Yeah, it's a bit too rah-rah, and distinctly the American story - though I give them some credit for confronting the racism and sexism of the time. (Like the Insectarium, they had a "4D movie" but this one was truly grand: physical props flying in, suds as artificial snow for the Battle of the Bulge, good use of light and sound and rumble effects.) 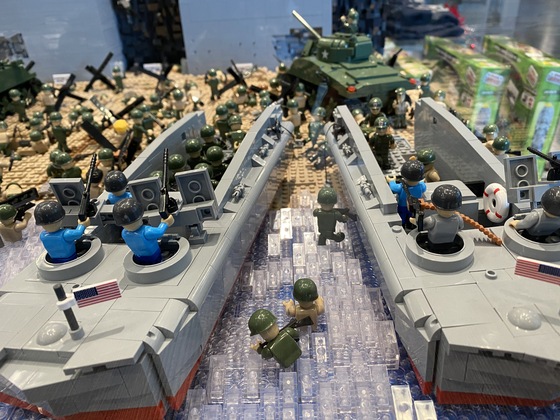 The gift store offered knock-off LEGO ("COBI") sets with reproductions of military stuff. The front display was a diorama representing a beach landing, probably D-Day? I uh... I remembered why it took LEGO so many years to have any kind of weapons in their sets.

That night we dressed up a bit to dine at Galatoire's and then went to Snug Harbor where Doug had promised Delfeayo Marsalis' Uptown Jazz Orchestra was the best jazz in town - that night featuring a second half with Tonya Boyd-Cannon (former Top 20 Finalist on "The Voice"). Our seats were meh, and so no great photos for the evening. 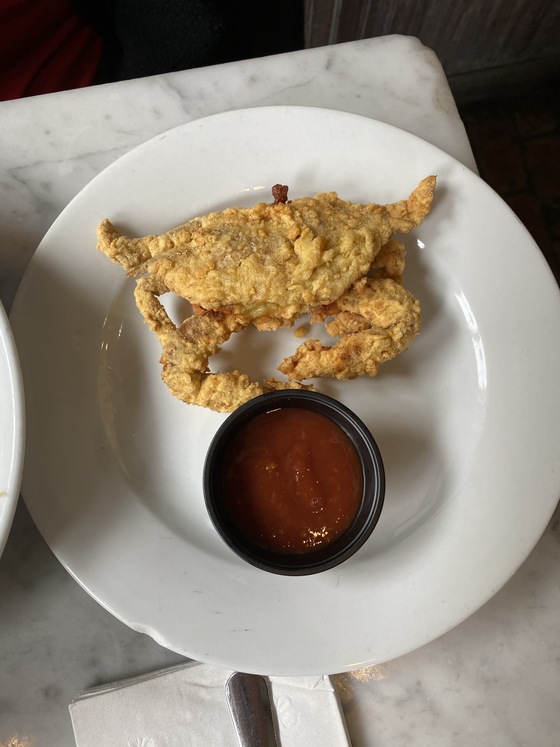 Melissa had been hankering to try Fried Soft Shell Crab and we got some (along with my less photogenic, but tasty, eggs and grits) at Thursday brunch at Restaurant Stanley near the Plaza de Armas. Honestly? Looks weird but if you dig fried clams you'll be fine. 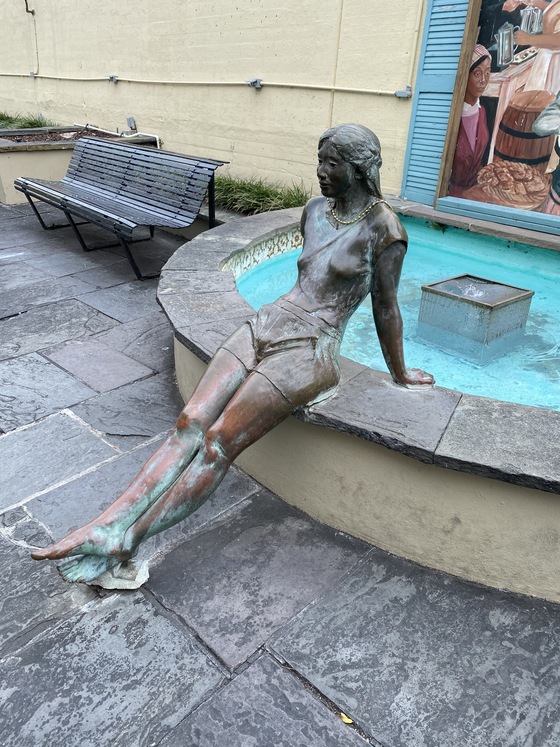 Languorous statue behind the French Market. 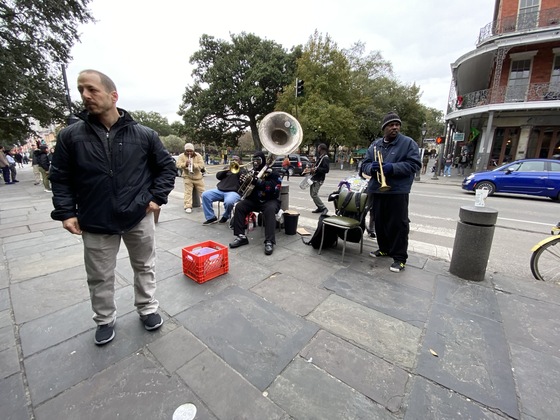 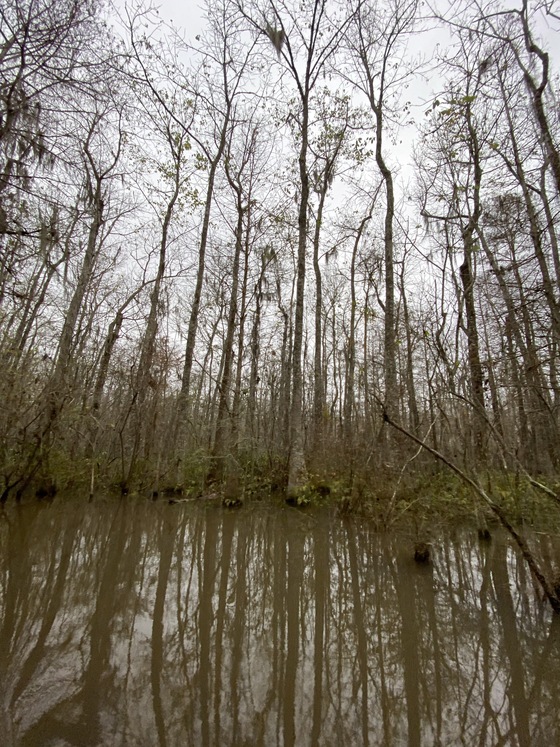 Swamp Tour! We had Captain Eddie of Cajun Encounters. 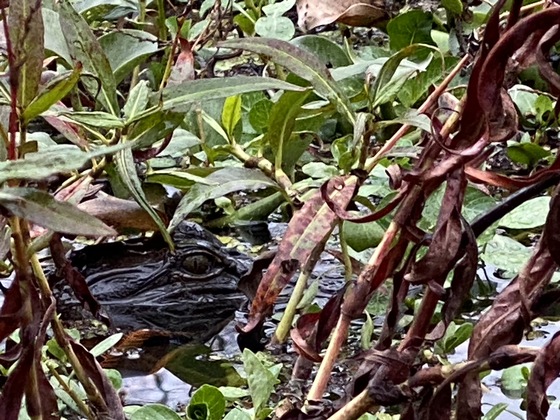 Captain Eddie had to work hard to get us any glimpse of gator (they'd rather be sleeping), so that's one of the minor drawbacks to December travel to New Orleans, but still we spied 3 or so little guys... 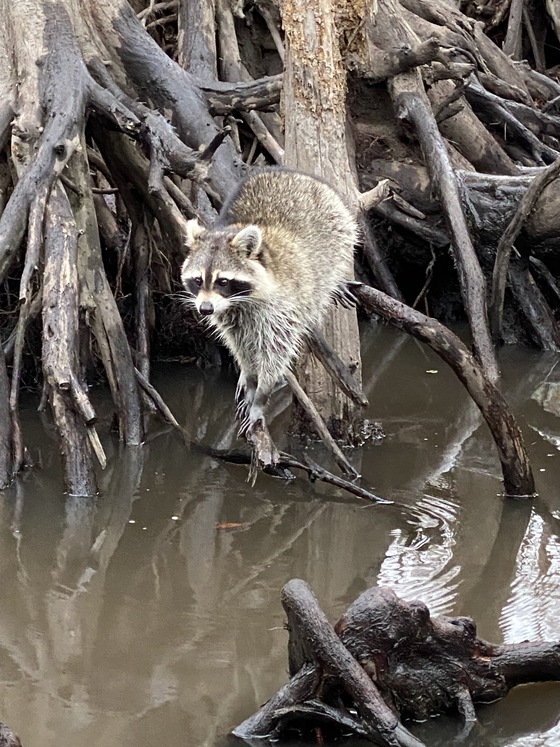 Later he steered us to another part of of the Old Pearl River where there was a crew of racoons about.... 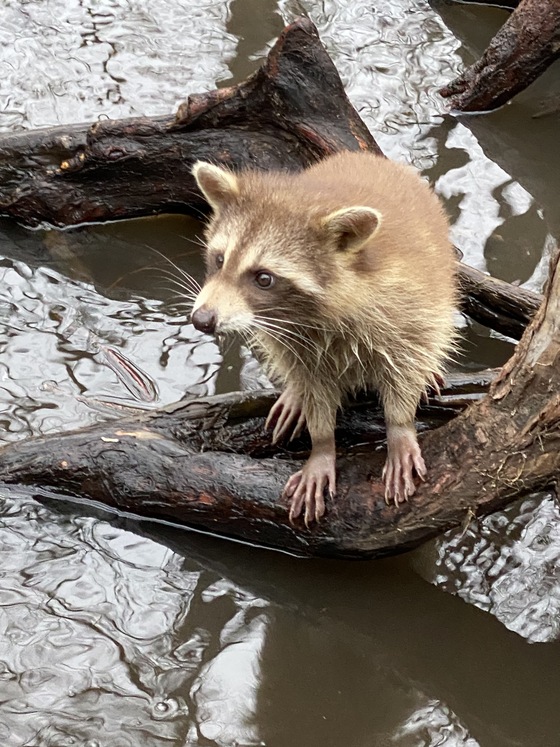 Super cute racoons! I realize this group is probably a bit over-acclimated and maybe reliant on the tours... 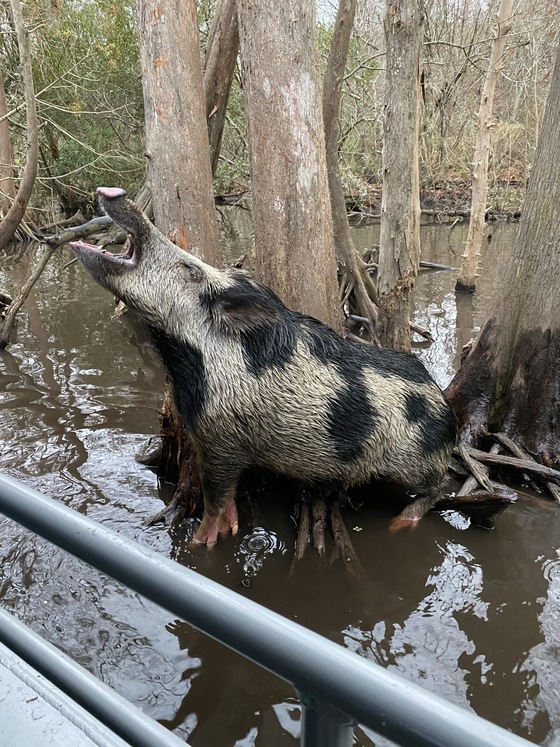 There was also a grand wild pig who would come up for a hand out...

We went back to Coop's Place to bookend our trip, I finally got a properly dressed po-boy (not sure why I was mayo-shy before), fried crawfish and Melissa had fried chicken and more of their legendary rabbit + sausage jambalaya.
A nice lagniappe - Kenneth Terry outside the Café du Monde 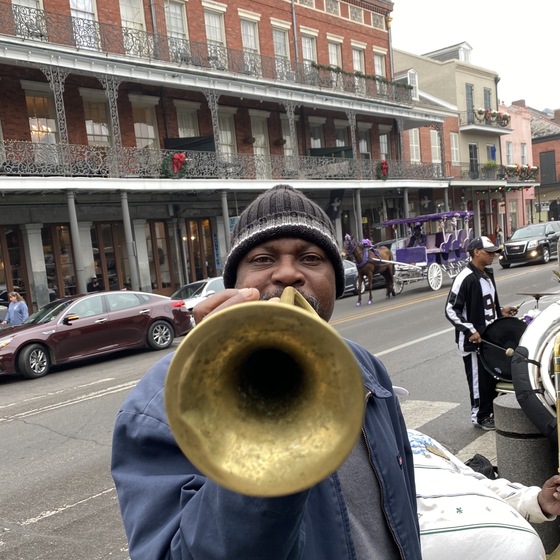