Ws listening to Terry Crews on Marc Maron's WTF podcast. They mentioned all his Old Spice commercials, I found this compilation:


Of course those were used so well by Youtube MowtenDoo remixing it with Super Mario Bros:


I am guess the original Old Spice commercials were inspired by the beautiful madness of Powerthirst:


Melissa and I enjoyed the first half of Rick + Morty Season 4. Like with "Black Mirror", there are these brilliant episodes doing a great job of sci-fi's coolest job: taking a single idea and then riffing on it and exploring the details of what it would mean if that event happened or if that technology or culture existed. 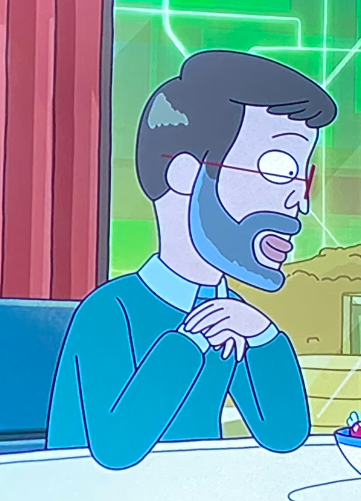 Anyway I thought the Netflix Executive in "One Crew over the Crewcoo's Morty" was about as much of a Rick and Morty version of me as I'm gonna get.