"Is it art or landscaping? Look for a plaque!"

Yesterday Melissa and I went to the deCordova Sculpture Garden and Museum... 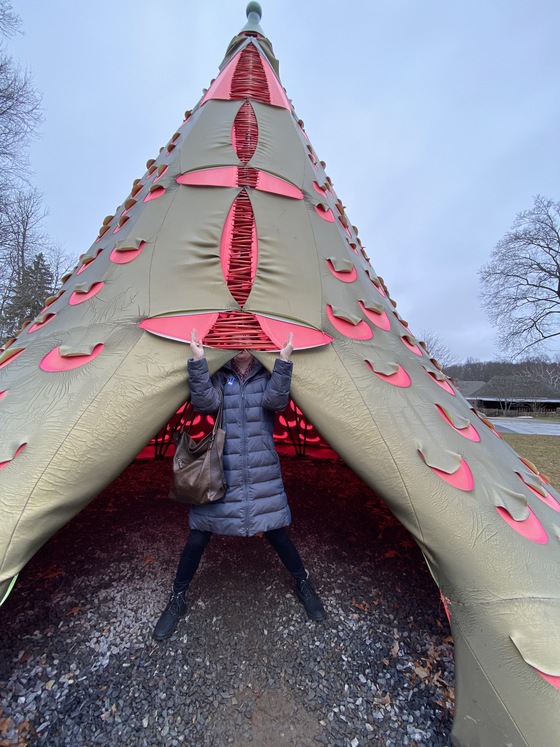 First 3 photos from Leeza Meksin's "Turret Tops" - two tipi-like structure made of modern materials, said to bring to mind many things including Madonna's bustier-cones and "the iconic turrets of the deCordova museum". My line was "Oh, my bad, didn't realize your turrets were iconic!"

Also, Melissa wanted me to explain she was explaining how this sculpture brought to her mind the miracle of birth. 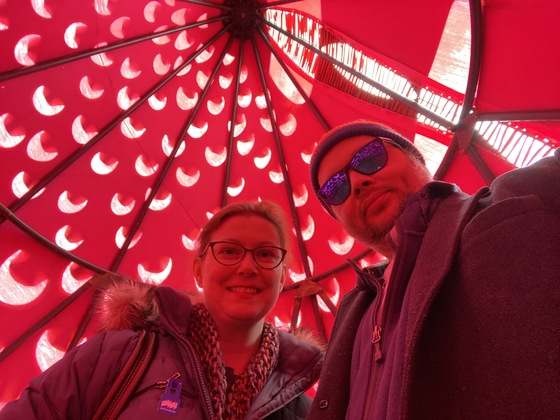 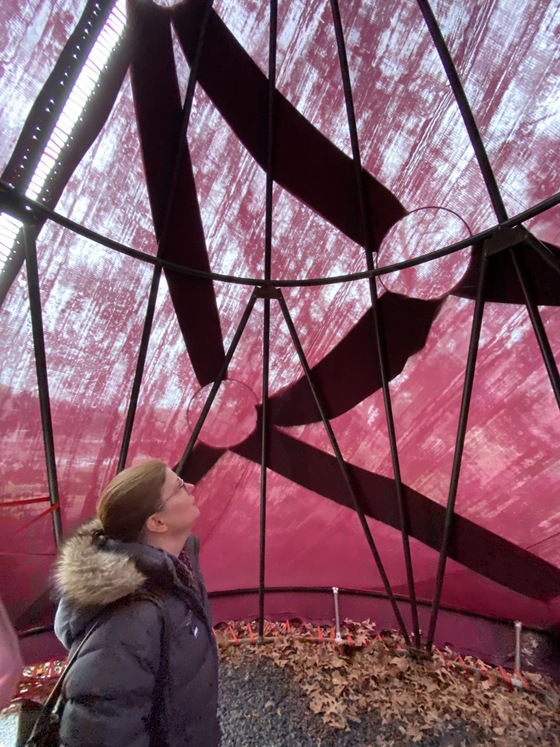 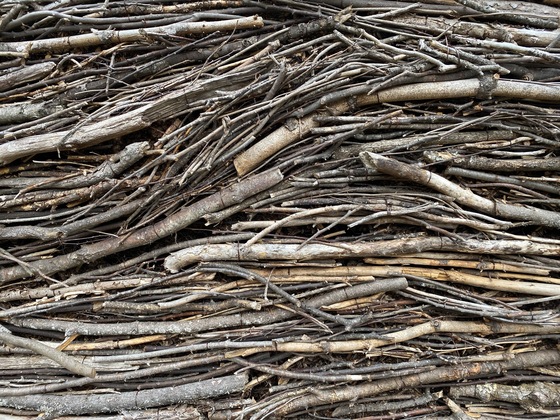 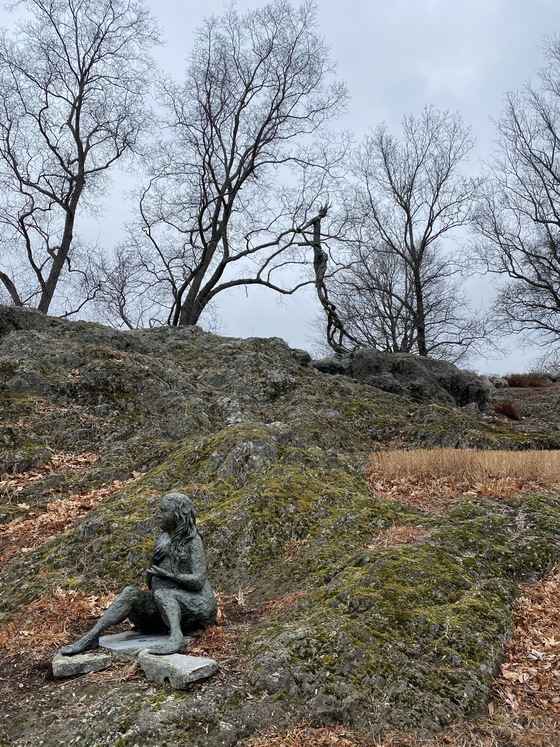 Elliot Offner Figure from the Sea 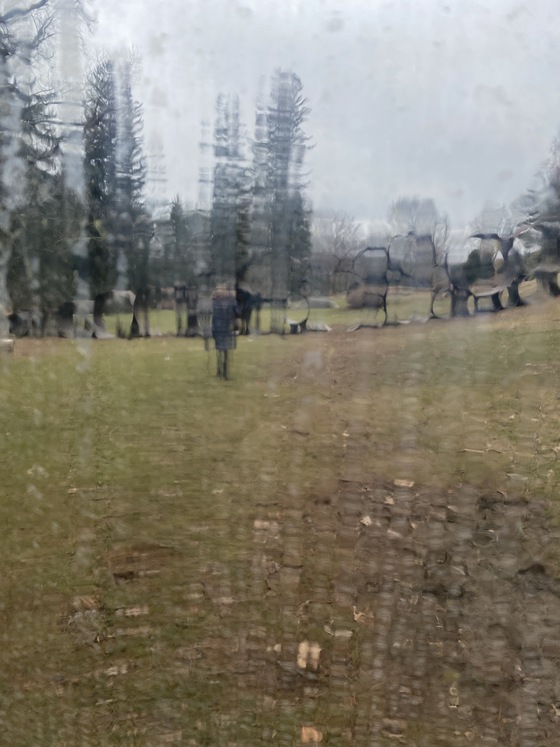 Melissa through Saul Melman's Best Of All Possible Worlds 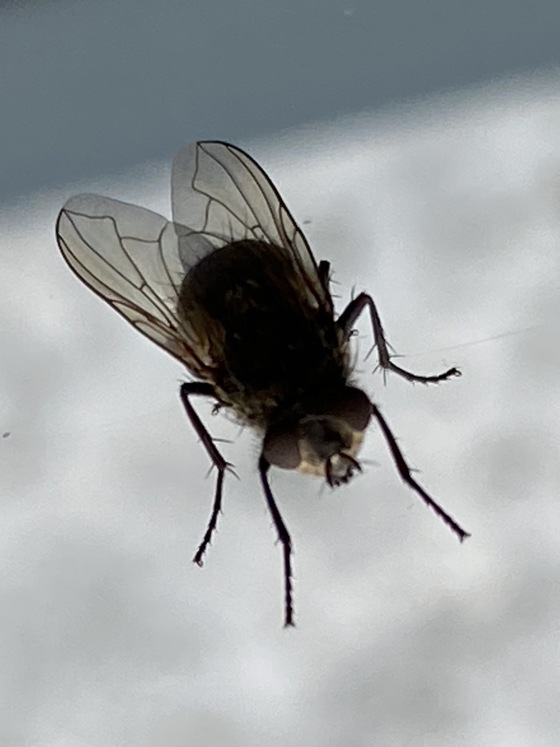 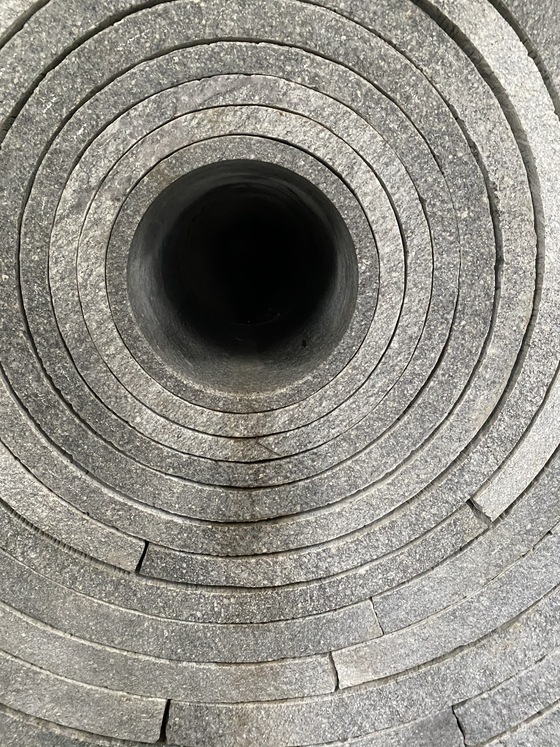 The museum seems especially eager to redirect you to Andy Goldsworthy's Watershed though I think it might be better during/after a rain?
Why Britain Brexited While I don't think Brexit is a good thing (not to mention the lies told to drive it) this article goes into how over the past half-century the issues of control (internall) vs influence (externally) involved have come up in different forms...

On top of this mathematical palindromy, today is the 33rd day of the year with 333 days left in a year. This "super palindrome" will never happen again on the Gregorian Calendar