March 9, 2020
I just finished David Whyte's "The Three Marriages: Reimagining Work, Self and Relationship". The book had many graceful moments and the underlying idea of those three critical connections that need to be nurtured and then have a conversation with each other is great, but the work felt like a haul after a while - but when I copied over all the quotes here I realized there was like 3 days worth (so I guess the ratio of good stuff to pages was still pretty decent...).
(My second most surprisingly effectual recently-added daily todo-ish rule, behind only "no popsicle 'til you've cleared out your personal email", is "read a little something every day" - the chapters of this book were about the right scale for that.)

We should not feel embarrassed by our difficulties, only by our failure to grow anything beautiful from them.

I looked down at the blue hands of my wristwatch: five minutes to eight. The interesting thing about wristwatches as objects of desire is that when advertised for sale, they are always worn in situations of extreme timelessness--climbing a rock face, flying a plane, sitting with your son--as if by their purchase we will be absolved of time and no longer besieged by its swift, uncaring passage.

To children, the union of their parents, good or bad, in a still photograph or in a moving memory, is the mythic meeting of the two gods who brought them into life and who provided, by their presence or by their disturbing absence, the surrounding universe of their growing.

Work is a constant conversation. It is the back-and-forth between what I think is me and what I think is not me; it is the edge between what the world needs of me and what I need of the world. Like the person to whom I am committed in a relationship, it is constantly changing and surprising me by its demands and needs but also by where it leads me, how much it teaches me, and especially, by how much tact, patience and maturity it demands of me.

You are neither here nor there
A hurry through which strange and known things pass.

I wish I knew the beauty
Of leaves falling
To whom are we beautiful
As we go?


Back-of-the-Envelope thread on COVID-19. Health resources are going to be mightily strained. There's an exponential curve - so one of the things we in the "don't touch your face" population - as goofy and hopeless as some stuff seems when there aren't active cases near... that we know of.... are doing is seeing if we can't slow things down and buy us more time.

From the London Review of Books The Word from Wuhan - Dated Feb 21. Interesting. Illustrated National Parks In America Based On Their Worst Review. It's funny because some ("No cell service & terrible wifi", "Nothing specific to do") would really be good selling points for some! 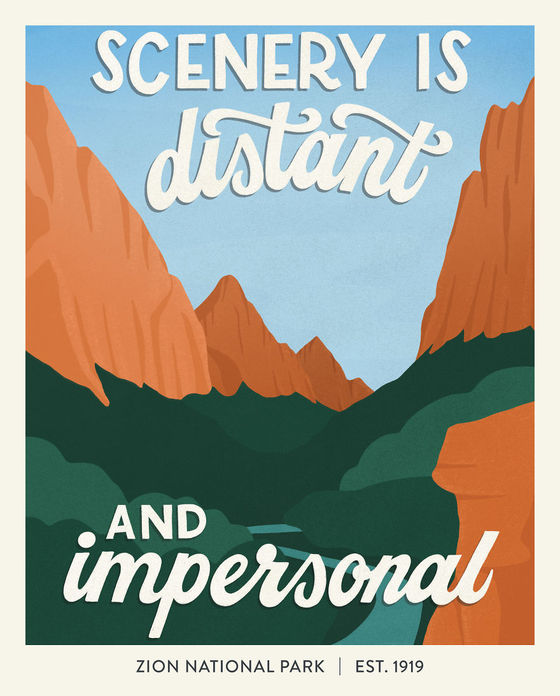