There seems to be a constant visiting dynamic in all stages of life where it appears that we get only the girl, the guy, the work, the job, the sense of self, or a participation in wider creation that we actually feel we are worthy of. If we don't feel we deserve it, then, like a spendthrift heiress, throwing her patrimony to the winds, we do our best to sabotage and give away what we feel we did not deserve in the first place.

Interesting idea, especially in my own struggles with the supremacy of objective truth and my throttling of any nascent emotion that might be incompatible with it. (Of course for those times the "truth" I was protecting was "I'm an terribly smart child", the self-sabotage takes a different form, and I carefully curate what tasks I will throw myself into with full effort, lest a disappointing outcome challenge that "truth")

In the little world in which children have their existence, whosoever brings them up, there is nothing so finely perceived and so finely felt, as injustice.

They have the greatest, most potent drug of all, *youth*--and they won't even realize it until it is gone.

The essence of this bliss was to walk by yourself in the black night, the slide shut, the topcoat buttoned, not a ray escaping . . . a mere pillar of darkness in the dark; and all the while, deep down in the privacy of your fool's heart, to know you had a bull's eye at your belt, and to exult and to sing over the knowledge.

Stevenson is writing about an odd game he and local boys played, hiding and revealing tin lanterns worn under the winter coat. The metaphors range from the subtle to the obvious.

In many ways, our to-do lists have become the postmodern equivalent of the priest's rosary, the lama's sutra or the old prayer book--keeping a larger, avalanching reality at bay. Above all, the to-do list keeps the evil of not-doing at bay, a list that many of us like to chant and cycle through religiously as we make our way to work through the commute.

just-shower-thoughts:
For some reason were scared of looking into the abyss of the ocean when its only a few miles deep, but we're completly fine looking into the nearly infite abyss of space. In fact, most of us find is calming.

what-even-is-thiss:
Gravity doesn't drag me upwards into the unforgiving maw of the cosmos.

On FB, with that last post my friend Matt M wrote

I've felt that vertigo, looking up

It reminded me of the electricsheepcomix webcomic Overheard at the Rave, specifically these two panels: 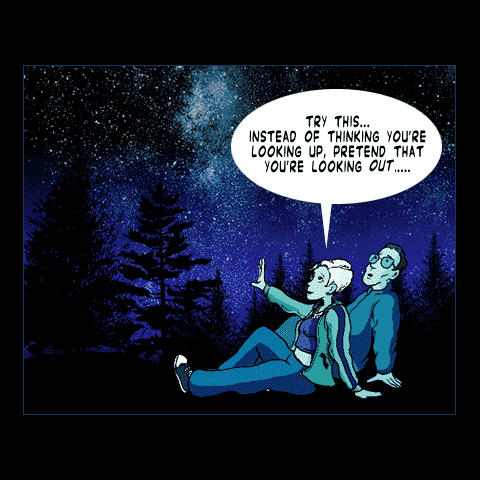 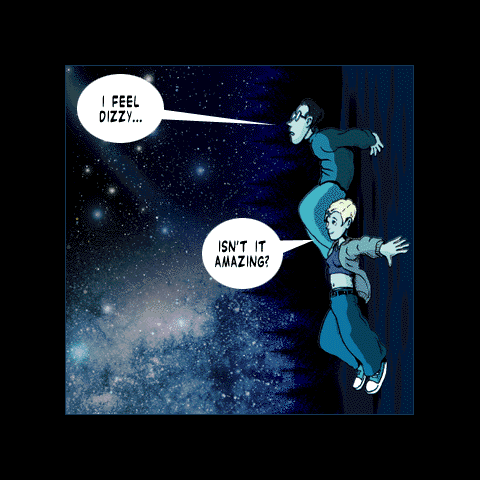 His The Guy I Almost Was and Revelation meets Pokemon Apocamon really stuck with me as well. Tweet thread on Life inside Hospitals in the Italian Hot Zone - just not enough respirators or even beds and too many hard decisions about who gets the too few resources. FlattenTheCurve is how we help. And it's weird, because like all curves, it's statistics, and having to try and help trim the forest of the pandemic with "inconsequential" trees of action in our day to day life is frustrating. Wonder if we'll finally be done talking about stuff "going viral". What's a good replacement? "gain critical mass"? Gah, that's horrific too. So is spreading like wildfire. Damn, what's a positive exponential thing?

All opinions are not equal. Some are a very great deal more robust, sophisticated and well supported in logic and argument than others.

I don't accept the currently fashionable assertion that any view is automatically as worthy of respect as any equal and opposite view.

I'd far rather be happy than right any day.

All from this BBC page of 42 DNA quotes. Of course I worry that the third quote refutes the first, with help from the phenomenon the second quote is pointing to. 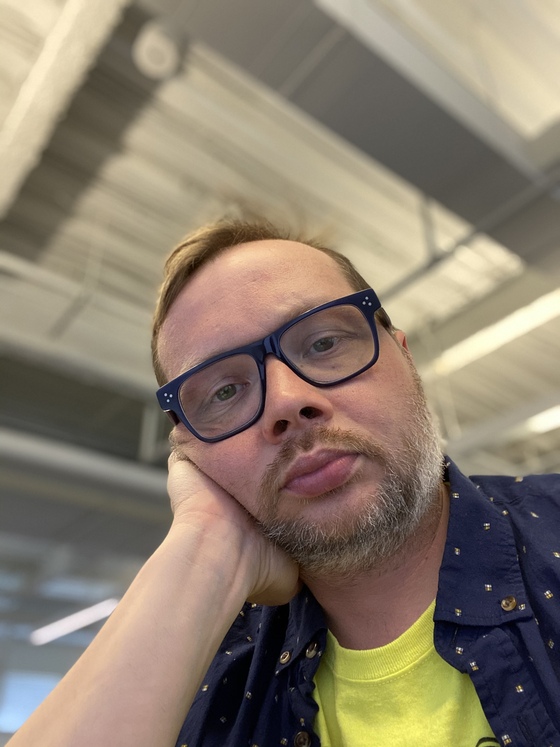