God's covenant with his people begins with a promise to the old and childless Abraham that his descendants will be as many as the stars in the sky. This promise is advanced with the birth of a son, Isaac, but God commands Abraham to sacrifice Isaac atop Mount Moriah. From the historical point of view, we know that this is a test of faith: Abraham will bring Isaac up the mountain and bind him for the sacrifice, but God will intervene before it is completed. Yet it is in the nature of such a test that one can't *know* it to be a test at the time. Abraham must show himself willing to do something inexcusable, and the fact that he never actually does it is beside the point. What's more, he does not tell anyone--not even Isaac--what he is doing. He suffers the anxiety of that trip up Mount Moriah alone, suffers even the possibility that he has misunderstood God's command, that he is about to do something unforgivable. Finally, having passed the test, he descends the mountain again and returns to his old life, proceeding as though nothing had happened--as indeed, objectively, nothing did.

For Kierkegaard, this was the nature of the truly religious life. It entailed an inward turning toward God, one that could not be reduced to a moral law. In the preceding decades, great effort had been made to rationalize Christianity and situate it as the foundation of a universally binding ethical code. The problem, from Kierkegaard's perspective, was that Jesus did not call us to obey a set of rules; he called us to love. It cannot be that adherence to an ethical code is the highest life, because it is possible to obey every rule placed in front of you without ever feeling love in your heart. To the aesthetic and the ethical was added a third category, the religious, which was beyond both.

As a person not blessed with faith, I think a lot about the story of the Binding of Isaac. Actually, I do have a strong unwavering faith- but is wrapped in an impenetrable shell of anti-faith: at the core, there exists an Objective Truth, but it is obscured in the certainty of uncertainty. You can make decent guesses at the shape and form of it, but asserting you know it is a kind of blasphemy.

Which is why I lean Humanist - in the face of certain uncertainty we have to lean into principles such as the golden rule, and other truths that seem pretty close to universal, and have some hope that common ground across faiths tells us something of what the obscured Truth actually is.

(Also I feel like I should know more about Kierkegaard than I do, given how cool his name is.) Not really my cuppa tea, but sometimes I think about the sexy yeti from the Church of the Subgenius... 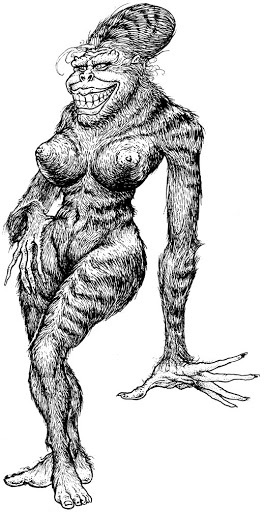 Lisa Hanawalt of Tuca+Birdie and Bojack Horseman (and Baby Geniuses podcast) wrote a comic on Pride and Prejudice and Horniness during a time of quarantine... 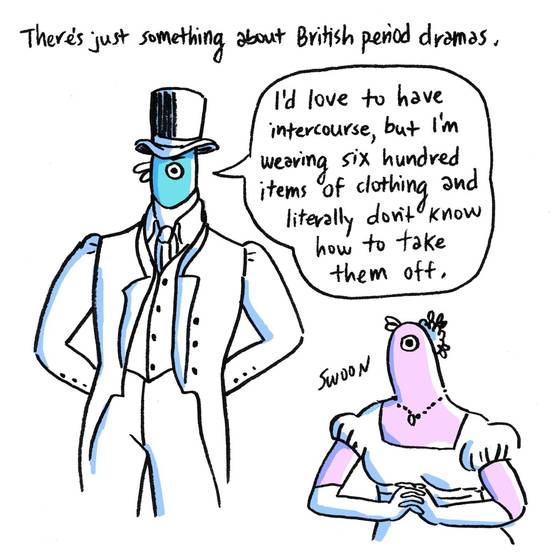