the consciousness that moves us

ramble
September 6, 2020
Reading Sam Harris' "Making Sense", a set of edited transcripts from his podcast. He leads off David Chalmers, about the "hard problem of consciousness", as Neutral Milk Hotel puts it "Can't believe how strange it is to be anything at all".

Thought experiments are one of the few tools we have to thinking about the issues. One favorite for sci-fans like me is, how do you know the Star Trek teleporter is transportation and not just murder+deep cloning, that the Captain Kirk who steps off the transporter pad has the same soul or consciousness as the swaggering dude who beamed up from the planet's surface?

Or you see the same issue if you could "upload" yourself into the Matrix. ("The rapture of the nerds", as its been called.) If your old meatself was still there, looking through the screen at the new uploaded self, it would certainly feel like a matter of cloning and not transportation. But the "you" inside would feel more like a transported individual than a "new being".

But really, is that any different than what happens when we wake from a deep, lights-out sleep? Yeah, we know we're the same person, same consciousness (or same soul if you swing that way). But that's mostly a matter of the continuity we enjoy, the memories we have, the patterns we recognize as continuing. I think that's what a lot of people mean when they say "consciousness is an illusion" - it's not a singular thing like that.

So if the "virtual you" woke up inside the computer, would it be "really you"? Our bias in favor of our traditional meatselves would say no - much more of a clone. But I think we should extend that same logic to out current selves... we're continuous with the person we were when we went to sleep, but not the same person. You can't step in the same river twice.

So, we're left wondering what consciousness is. I'm willing to accept very low standards of consciousness. Like I a thermostat has the faintest glimmer of it - it has a kind of model of the world and its place in it - or more importantly, a model of its ability to interact with world. That's why I feel it has a claim to consciousness that, say, a chair doesn't.

(Similarly I am comfortable with the idea that our unconscious selves are kind of independently conscious on their own terms, but our narrative/rational selves has only limited knowledge and communication access with those parts.)

Another set of thought experiments is modeled on the "Ship Of Theseus", as Wikipedia puts it:

It is supposed that the famous ship sailed by the hero Theseus in a great battle was kept in a harbor as a museum piece, and as the years went by some of the wooden parts began to rot and were replaced by new ones; then, after a century or so, every part had been replaced. The question then is if the "restored" ship is still the same object as the original.

If it is, then suppose the removed pieces were stored in a warehouse, and after the century, technology was developed that cured their rot and enabled them to be reassembled into a ship? Is this "reconstructed" ship the original ship? If it is, then what about the restored ship in the harbor still being the original ship as well?

A humbler version of that is "behold, by great-grandfather's axe! Its blade has been replaced 5 times and its handle twice!"

But people like to think about, what if we replaced bits of our brain like that, at what point if ever would we stop being us? You can play with all kind of variants of that, along with transfer to virtual systems, to interrogate your intuition about what it means to be us...

I just wanted to mention one variant I thought of and don't remember hearing: So, if we managed to duplicate our brain digitally, I think most people would say "fine, you have a digital clone, but you're still the original you". But what if you split a human brain in half, and gave each half a perfectly functioning digital duplicate of its missing part. Would we have successfully cloned ourselves then? Would one lobe have a truer claim to being the "real us"? A few weeks ago all but one member of my work team collaborated for a new baby gift for the remaining coworker. Along with passing the hat for diaper money we came up with some nifty designs for custom onesies-- 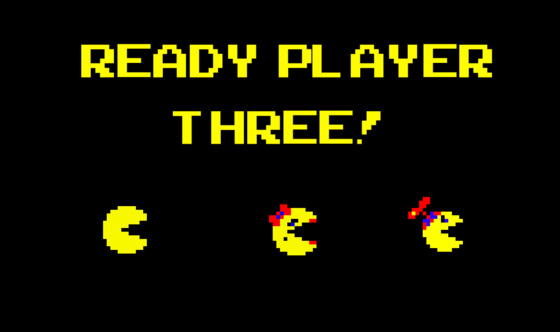 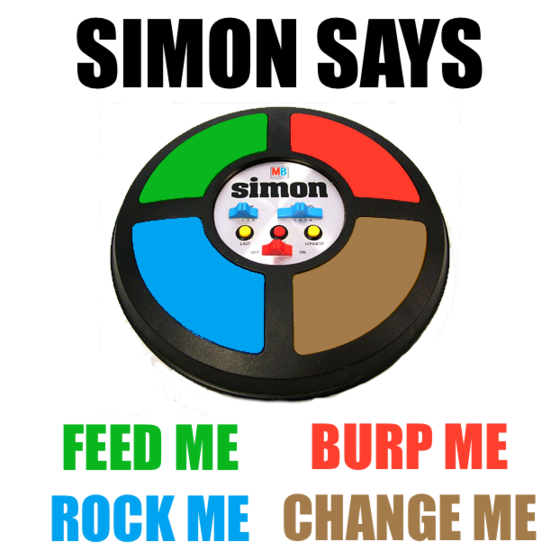 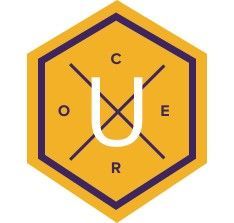 I did the Pac-Man and Simon game (the coworker is a gamer, and the baby's name is Simon...) the last one is our team logo 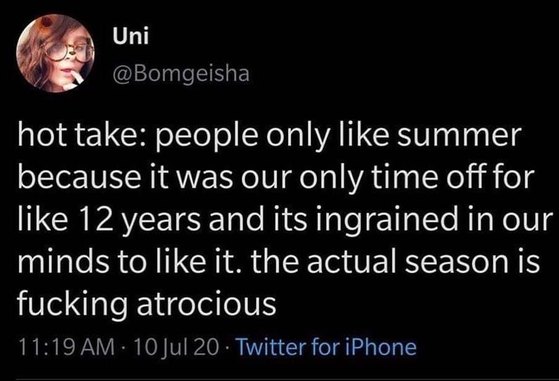 The more I think on that, the more true it seems. Spring and Fall have it all over Summer, except so many of us have a deeply ingrained association with summer and being more free to do interesting things.

Actually come to think of it the one thing summer does have is nice long days. So "atrocious" is overstating it, but the heat can feel gratuitous. (but even with all this late spring/early autumn are safer bets) Multiple boats sink at Trump boat parade on Texas' Lake Travis. Sometimes the metaphors just create themselves.

My favorite meme about this: "Help, our boat is sinking!" Response: "All boats matter."