October 19, 2020
In October 1995, Wired magazine had an interesting special issue: "Wired Scenarios 1.01: the Future of the the Future." One part that really stuck in my mind was "A Day in the Life", four two-page spreads with first person perspectives of people looking at October 19, 2020's - today's! - news on their distinctly iPad-like tablet devices.

The article says "Industrial Design and Alias work by Lunar Design" and attributes photos to James Porto. I can't find too much information on this article, or in fact, the entire issue --it seems like the thing was made when Wired was still uneven about getting its material online. The design work is pretty cool though -- with the exception of the "Porsche Cortex" they're not quite as grindingly minimalistic as the iPad. The Swatch one seems to be designed for bicycling, and the "SonyShack" device has a custom button for the wagering/betting that all the models support.

In trying to dig up information on this article I found a 1998 Digital Systems Research Center report on The Virtual Book, that reminded me the concept wasn't entirely new: the movie and novel 2001 had the "Newspad" (Commentators in February of 2010 loved pointing this "ripoff" out, making fun of the name 'iPad', and generally predicting it would be a big flop) and there was also Alan Kay's 1968 Dynabook concept. (Also some interesting contact between Kay and Steve Jobs...) 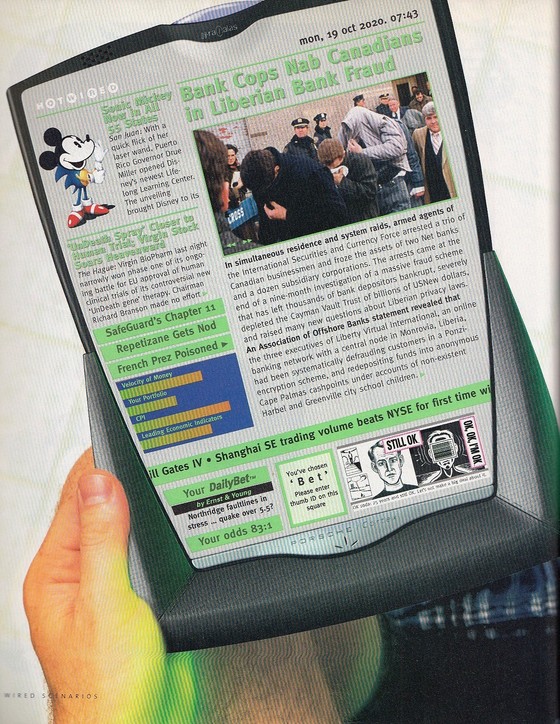 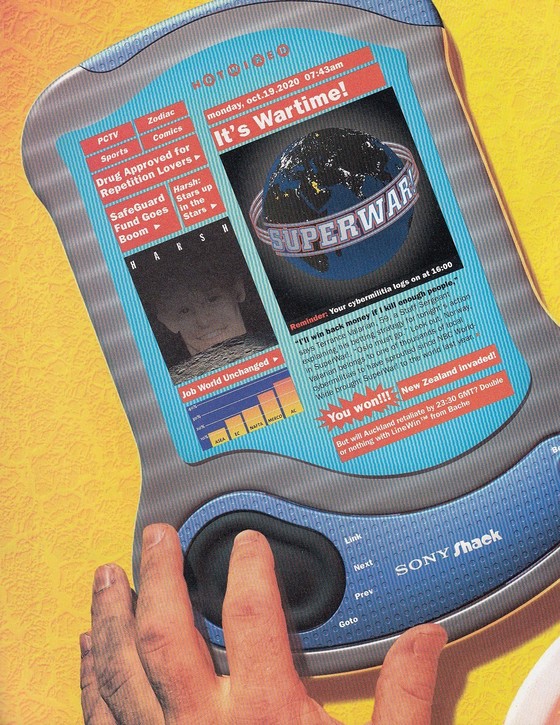 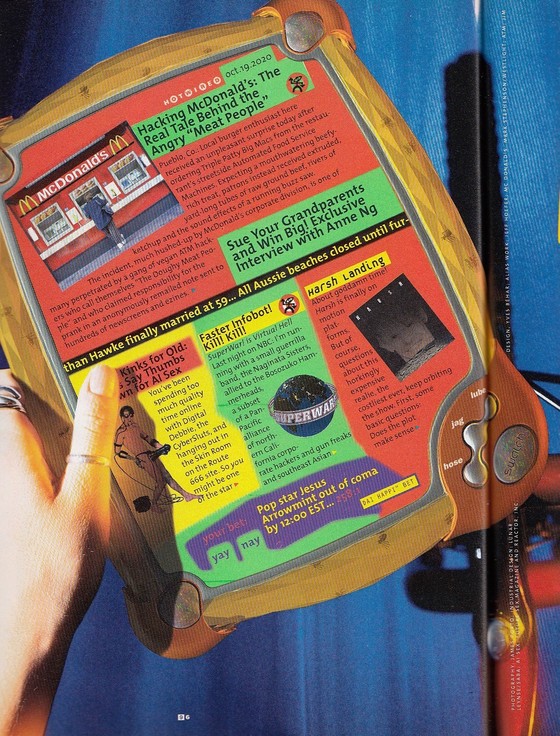 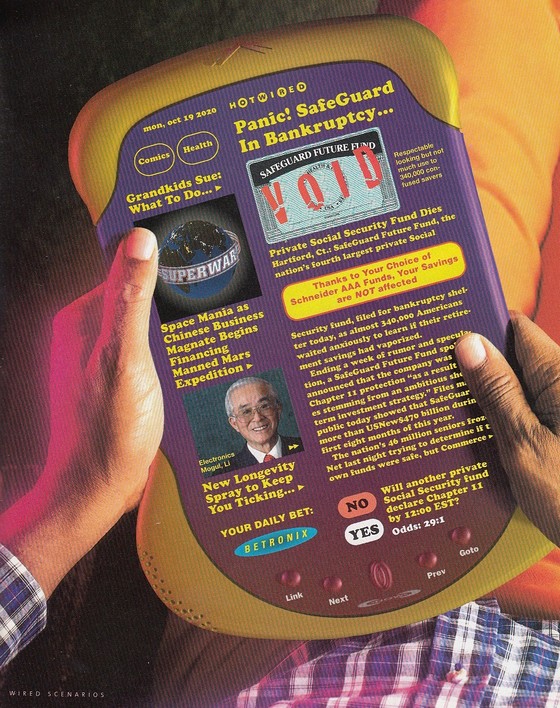 Of course, there was another, arguably more memorable feature in that article that seems weirdly on topic: the nightmarish semi-apocalyptic scenario "The Plague Years: 1996-2020" (with its (at times badly) photoshopped yet evocative images of a 747 being torched at Singapore airport (to try to contain the "Mao Flu"), corpses floating in a bay ala Katrina, and United Colors of Benetton ad sporting a rainbow of gas-mask/hazmat ensembles). Andrew Stern did a set of scans here