applications and appliances that think they know

May 26, 2021
We recently got a condo and it came with a microwave that is much more powerful than our old one. One thing I find irksome about it is the message that comes up when the heating cycle is done: 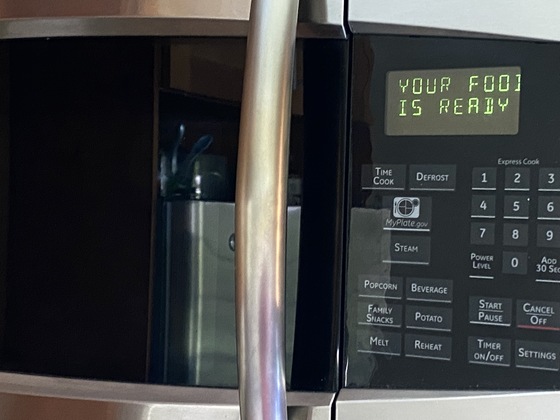 "YOUR FOOD IS READY"

I hate the presumption, that the appliance knows what I'm doing! It just doesn't! Maybe it's food that has a multi-step form of preparation! Or maybe I'm heating up a beverage! Eh? Eh? Ever think of that you stupid microwave? That's why we say "food AND drink". Or maybe we're warming a heating pad or something! Yeah, you're convenient at heating up moisture-laden things but you're not the end-all be-all of food preparation, stay in your lane.

Similar deal for Google Maps. I felt it was a bit overbold to say "Welcome Home" when I arrived after plotting the landmark I labeled as "Home" - like, you're not my part of my household, dude. But worse is finishing a trip and the destination was a restaurant... like I think it says "Bon Appetit!" or whatever. What if I was just using the restaurant as a landmark? The cyber-chumminess is grating.

I know my gripes seem petty, but they're all a hallmark of more fundamental problems when a designer assume they understood the fullness of a usecase and then try to make convenience that only apply to that usecase, and mask the underlying details of the task. Like a smart appliance that "learns" from when you change the thermostat, but then of course has no idea to stop doing that when you're on vacation. Or AI-ish stuff that offers to make an appointment in your calendar based on the content of an email. The hit rate is pretty 50/50 in terms of it getting enough context to do it properly - and while I'm sort of lax about privacy I have mixed feelings about a corporate-backed AI smart enough to do it well reading all my mail.

I much prefer tools that focus on a single task, that don't assume they know what you want to do before you do, and that "show their work" so when they do misguess they are easily corrected, and if the user wants to do something slightly off the well-beaten path they understand the underlying actual concepts, it's not just "computer always did it for me!" magic. Systems that are all built on "Guess What I Mean" philosophy often make you pay for the extra convenience with later frustration. Melissa and I watched Werner Herzog's "Cave of Forgotten Dreams" about the Paleolithic Paintings in Chauvet Cave, the oldest we've found.

Would have been better in 3D as it was originally released. (Interesting that 3D TVs turned out to be a fad?) Also kind of funny to here Herzog drop a mentioning a line going from early "Venus" figurines to "Baywatch".

Watching this for the monthly UU "Science and Spirituality" group that meets in Belmont (well still Zoom for the time being). Let me know if you'd be interested in joining!


Yeah I knew the [pseudo-anonymous retrospective comment] was Kirk, he's the only one who uses the word 'wonky' 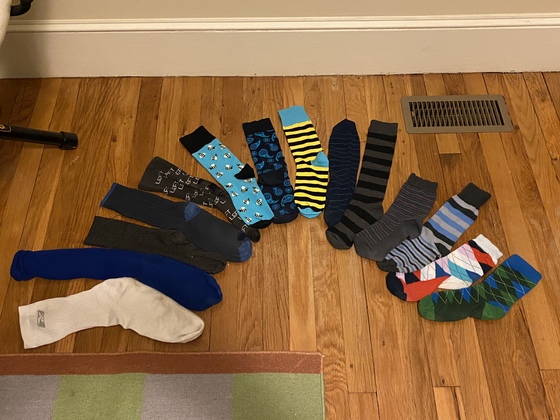