For even rationality cannot get by without imagination, but neither can imagination without rationality. The marriage of the two is, however, of such a peculiar kind, that they carry on a life and death struggle, and yet it is only together that they are able to accomplish their greatest feats, such as the higher form of conceptualising that we are accustomed to call reason.

(translation by Iain McGilchrist) Still muddling through McGilchrist's "The Master and His Emissary" I'm still stuck on the paradox of assigning imagination and being able to transcend personal experience to the right hemisphere, when learning of other people's experiences, gaining value from happenings without having to experience them ourselves and seeing points of view we didn't come across ourselves, comes to us via written and spoken language, the tool of the left hemisphere. It's easy to think of mosquitos and say "look, if we could get rid of them all we should! No redeeming qualities. If humans are responsible for the extinction of so many other species why not them?" here's why not... they are a food source for other creatures, because they breed with very little water and can get protein via non-lethal means. 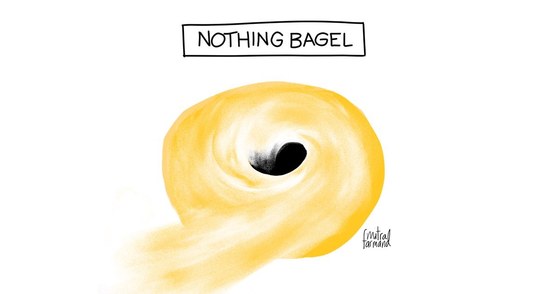 via Mitra Farmand, my table-neighbor at the MICE comic convention way back when Man, those "zero gravity" patio chairs are great, aren't they? A long time ago I had one on in my living room. Over the years I've scoffed at that as a wacky bachelor boy indulgence, but now... in lounging comfort and back support roles I think they have hammocks beat by a mile.

More people got laid via mixed drinks than mixtapes.