Yesterday I spent too much time fiddling with the "game setup" in my office.

For my first 3 months here I've been living a lie: there's a TV in the webcam shot behind me, and an Atari 2600, but the two weren't actually plugged in.

But finally I dug up the wire I was missing, decided to switch to an Atari 7800 (actually fit better in the shelf), and then started going about trying to set up everything that has been languishing in my basement: SNES, Dreamcast, N64, and then a Wii U and Xbox 360 in the living room, along with the Switch and PS4 that are my actual current systems.

I got about 2/3 (maybe less) of the setup... and I realized it wasn't making me happy. Kind of the opposite!

There's a lot to unpack (figuratively and literally) with these games:

1. To be honest, I know I wouldn't play these games that much, and that makes me a little sad. (And even if I ever get to my quarterly "retrogame afternoons" with friends, this layout wouldn't even be that great for it.)

2. The condo is great but a games tower would be eating up more than its share of my limited shelf space.

3. It's still hit or miss to know which specific games might not actually work. I got each system up and humming, but there's enough flakiness that it's sort of a bad reminder of the hopeless war against entropy.

So I guess by taking up feelings, space, and time... this game tower as is ain't pulling its weight. I think I might leave up the Atari and maybe one more system. I guess if I'm honest it's more the emotional space than the physical space that is the cost, which has been a surprise.

I guess I've identified as "a retrogamer" (this was before "gamer as cultural identity" was as much of a thing) - mostly by having an Atari 2600 for long after everyone else had been moving on. But a lot of it is just being slow to give up systems that I like.

Video Games are special as an art form. They are interactive narrative in a way few non-game forms are, and even humble early-80s systems can run the numbers and make a physics-y virtual world in a way other game types can't. So most games make up a microcosm, and I like the idea of being able to go back to those worlds sometimes, even if I don't very often.

I guess I will move most of my systems into the basement archives. Actually, it's been interesting to review which systems I really long for: the Atari 2600 is the purest bit of nostalgia (and then later geek pride as I make original games for it). Xbox 360 has the largest number of games that blew me away. GameCube a close second. Dreamcast also is in the mix a bit - though maybe mostly for Bangai-O. I'm surprised there's not more Nintendo in what I am tempted to keep... maybe it's that Nintendo does such a good job interating on its series that SNES, N64, and Wii all have better versions of their highlights available. (I think Wii is most noticeable for that. Even though it plays GameCube games, I think the irritation of having to navigate its "pointer" menu to get them, and its relative lack of must-play games for me, means I'd rather have a cute lunch box GameCube up, even if it takes up more shelfspace.) Oh and PS2 - not much there for me, though i keep around copies of "Magic Pengel"

What's mistake but a kind of take?
What's nausea but a kind of -ausea?
Sober, drunk, -unk , astonishment. . . .
Agreement--disagreement!!
Emotion--motion!!! . . .
Reconciliation of opposites; sober, drunk, all the same!
Good and evil reconciled in a laugh!
It escapes, it escapes!
But--
What escapes, WHAT escapes? 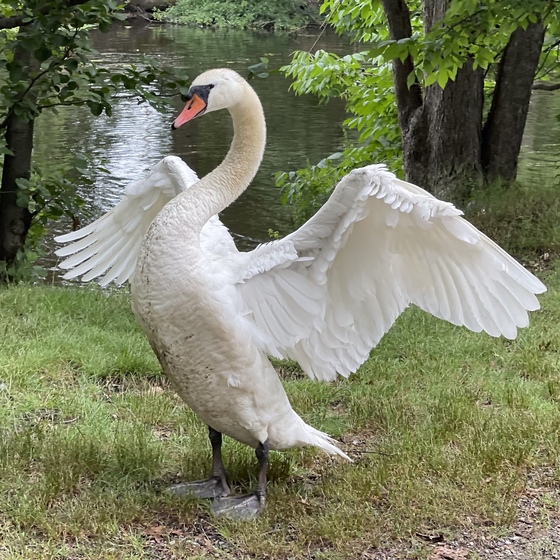 Ah, a nation of under-vaccinated know-nothings who will leave pockets for the virus to keep around and evolve into something even worse. Great!

Perhaps they feel that under a Biden administration, helping the Delta variant make the Dow stumble is an act of political protest.