ramble
A few separate paths of speculation tentatively merged for me this morning, revealed their strong but not obvious parallels... in other words, I have a candidate for my personal "theory of everything".

Ok, so lately I've been really grooving on the idea of "self as committee". This framing feels particularly amenable to the various "members of the committee", more so than other ways of describing "the parts that make up a whole person" (id/ego/superego, inner-child, the subconscious, etc) because it's non-hierarchical. It doesn't say this part is the "real me" or the "mature me" or even the smartest or wisest me. (in fact at least for now it's ok with being uncertain at who the members are - or even if they're the same members all the time) so members can all accept it.

So here's one new thought: it's interesting that I'm now thinking about my self as a group when thinking how I conduct myself IN a group is so important... I've learn to recognize my (intuitively derived) morality structure that says any individual's preferences within a group that they are (voluntarily!) in should be mostly considered within the context of that group. An individual's wants and needs should not be ignored - this not a call for martyrdom! - but they are just part of the mix. A strong need in one group member should outweigh a milder preference of another.

And here's a second thought: maybe this group fractal mode of thinking scales all the way up! I have a sense that objective Truth (not truth, the way the world is, but Truth, the way it 'should be') must exist- but we must always accept our uncertainty about it, and that it provides a kind of ultimate evaluative yardstick for us even as we can't be sure of seeing it clearly. But if I'm so uncertain about it, how am I so sure it exists? So it's almost by definition. It's what you get when you think of the "good of the group" and then extend the group to everyone, and everything.

I mean it's not all cosmic kumbaya. Different groups are going to be competing even if they live under the same umbrella of Everything, and sometimes what's good for one group is bad for another, and of course this framework isn't compatible with everyone's working set of beliefs. In particular, most people stride with confidence about the one thing they can be sure of, their subjective truth.

Hm. Thinking further, besides the importance of accepting uncertainty - or rather, hand-in-hand with it- is this egalitarian sense, that non-hierarchy at least within a group. I don't put a lot of stock in leadership in a group (which sometimes makes it weird in bands I'm in, where my reliability and desire to be useful makes me do leader-y things but I'm usually reluctant to pick up the mantle and this fuller responsibility) And I *really* don't put stock in special revelation. So many faiths seem to be based on a chosen people, or a special revelation to one dude. To me that seems so blatantly self-serving as to be farcical. Truth is truth, and potentially universally available. Yes, sometimes an insight that goes against conventional wisdom may merge in one person's head, but if that insight can't be backed up by other forms of verification, it's extremely suspect.

Man, I need to sit with this a bit. It's two new thoughts (special revelations? nah) - noticing how thinking in groups applies intra- and inter-self, and that further widening groups might be the key to justifying my faith (ugh) in a Truth where the only thing we're sure of is that it exists but we know we're only estimating what it is.
Fellow Atari-er Karl Garrison posted this Magic-Eye as the first one he was able to see (seems to work better on laptops, vs phone screens) 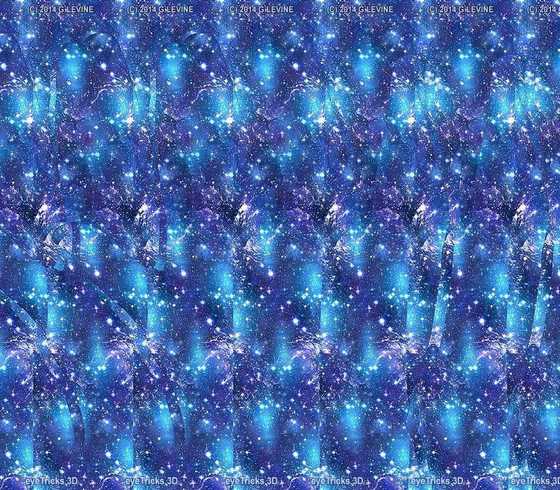 Also, the basic idea is surprisingly robust - you can even get the core parallax idea going in ASCII art!

(you're more aware of the repetition of it, and I think the Bob's face is flat, but still definitely in front of the other layers) Melissa and I cohabitate with Dean the Cat, who is a bit of a snuggler. (In particular he likes to be parked under an arm and then do biscuits). But when he comes up to me at my desk during the workday, looking at be with hopeful eyes, he doesn't want to snuggle or lap, he just wants up on the desk. My new life as a stepping stool.