playlist
December 1, 2021
Beatbox
The Joshuan Project Short track with some great human beatbox.
Via this tumblr post about cute bugs. ★
★
★
★Super Mario 3D Land Demo Underground Powerdown
Nintendo The classic Mario song with a fun slow to a halt,
via this "small mario findings post, it's an unused track from Super Mario 3D Land. Shine On Harvest Moon
Betty Carter Slick torch song.
Mentioned in Tom Stoppard's play "Jumpers" One More Second (Future Islands Remix)
Matt Berninger Indie Mood Song - really sorrowful breakup piece, I didn't think about the lyrics enough during the month it was playing it. I added it to my playlist "saddest".
Mentioned by my friend Leigh on FB I think, by the main singer of The National. Let's Get It On
INFINITE Late-90s hip hop, smooth flow, the character select screen music for Street Fighter: 3rd Strike
Mentioned on the podcast "How Did This Get Played" -- awesome podcast, having writers/improv people who love games talk about games makes this one the best. Technicolour
Montaigne Solid Eurovision song, love that shouty girl chorus stuff...
Learned about Montaigne when she did the My Brother My Brother And Me podcast soundtrack, wanted to see if she did something I liked better. Destination Calabria
Masove, Brendan Mills & Tess Burrstone (content notice, video is a lot about T+A) Dance hall stuff with awesome fun sax.
Some random tiktok. ★
★
★
★Want It All Back
Mai Yamane Awesome funky R+B song - I love the way it sounds like the singer is singing lower, out of her comfort range.
from "Cowboy Bebop", the anime series with a legendary soundtrack, been watching a bit. Tokyo Drift (Fast & Furious soundtrack)
Teriyaki Boyz Hiphop, leans heavily into asian stereotypes I think.
Mentioned on the hilarious video game podcast "How Did This Get Played", talking about songs from video games, and a few from movies. The Magic Bomb (Questions I Get Asked) [Trap Remix]
Trap Remix Guys Electronic/Trap.
from a random Tik Tok, where it's considered a good track to dance to while FAQs and their answers appear onscreen. Stand By Me
Florence + the Machine Nice sweet cover of the old standby.
I guess they used this in a Final Fantasy game soundtrack, via the funny videogame podcast "How Did This Get Played" Mannish Boy (Single Version)
Muddy Waters You know, I think this is like the Ur- blues song, that has the rhythm everyone would sing when they were clowning and singing a blues song in the 80s.
via Apple news talking about a series of Levi Ads in the 90s with famously great music. Amazon Is Helping Researchers Study How to Dim the Sun I feel like "dimming the sun" is a misleading term. Like we're not messing with that nuclear fusion mass' output... we're talking screening it a bit it as it hits the atmosphere...

Secondly, the Matrix "We don't know who struck first, us or them. But we do know it was us that scorched the sky. At the time, they were dependent on solar power. It was believed they would be unable to survive without an energy source as abundant as the sun." is not as close a reference as Snowpiercer's "CW-7 is being deployed into the upper layers of the atmosphere where it will bring down average global temperatures to the optimum levels of the last century. And we are witnessing it!"

So ya know, "TikTok" as an endless firehose of content doesn't interest me, but, like with Vine (RIP), I'm interested in as a thing, and sometimes there's a theme that really catches my eye.


Reminds me of Biff's Question Song by Tom Wilson who played Biff in Back to the Future. 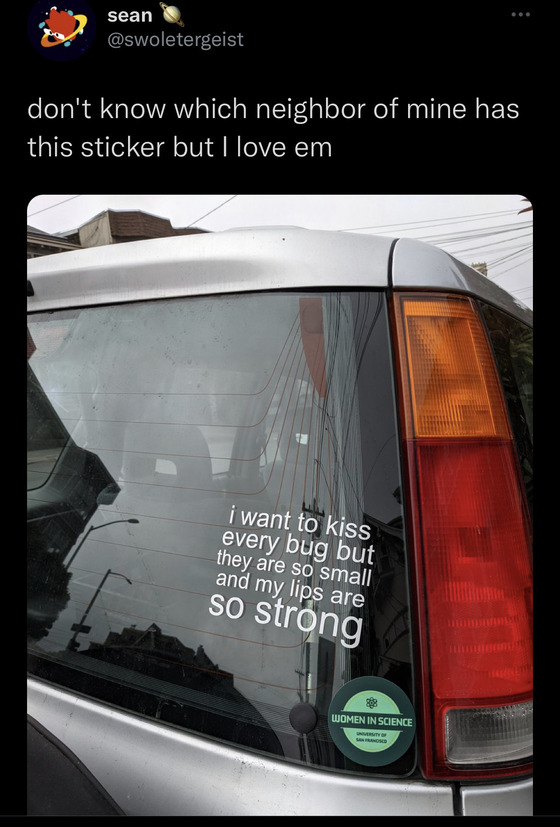 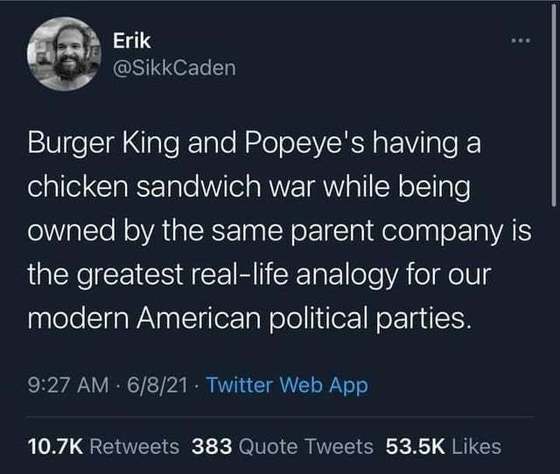