from "Word at the Threshold"

There is so much so in sorrow.

Yes, I would like some scrambled eggs, but where would you reappear?

I always say that people at the end of their lives have one foot in heaven and one foot on earth. Folks who are dying can see things I cannot. To deny their reality is a huge mistake. It is so important that anyone sitting at the bedside of someone who is dying be willing to hear and affirm the person's reality. Stay silent and be present. I even cry with the guys in the hospice units in prison. I gave up on all I learned about not crying. I just think a life is worth crying over -- most of them have not had their lives cried over.

These 3 quotes are from "Words at the Threshold", about what people say in the run up to death. The book takes a turn to the mystical, and brings forth a few anecdotes that, if fully believed, would seem to refute the materialist estimates of the soul and self - the estimates that claim soul and self are fundamentally rooted in our physical brain, that any hope to for life after death or out of our bodies is merely poetic, living on in the influence we had on others and as ripples we made in the physical universe during our lives.

I'm not sure always sure what to make of it all. On the one hand, I do tend to hold to that materialist viewpoint, and some of the counter-evidence anecdotes - the knowledge of the moment someone else's death despite long distance, say - seems to be a bit of wish-fulfillment thinking, or how we remember the statistically unusual cases and forget the rest. And frankly some of the final, invisible-to-others scenes described by the dying seem very similar to those twists on reality and brain chemistry of folks using psychedelics.

I feel like both death and drugs can hold a spiritual aspect - but the question will always be is that spirituality 'merely' some kind of transcendence that emerges from the base stuff of our normal physical reality, or is there some kind supernatural soul stuff out there?

The faith built for me as a kid, or that I built for myself, turned out to be fragile, because it insisted on being universal and so was readily refuted by the existence of other faiths and by my skepticism that only "my crew" was getting it right. But what if faiths in general aren't just social constructs, but a set of extremely murky mirrors of... something. I mean from here it's easy to get into half-baked woo-woo about quantum entanglement and how a system being observed / interacting seems fundamental in determining what it actually is - events that challenge the very edifice of "cause and effect" that so much of the logic- and evidence-based view of the world is based on.

Sigh. From here it's easy to see the path of early-1900s spiritualism looking to bridge these gaps in understanding... and how easily they were taken in by charlatans and outright flimflammery. 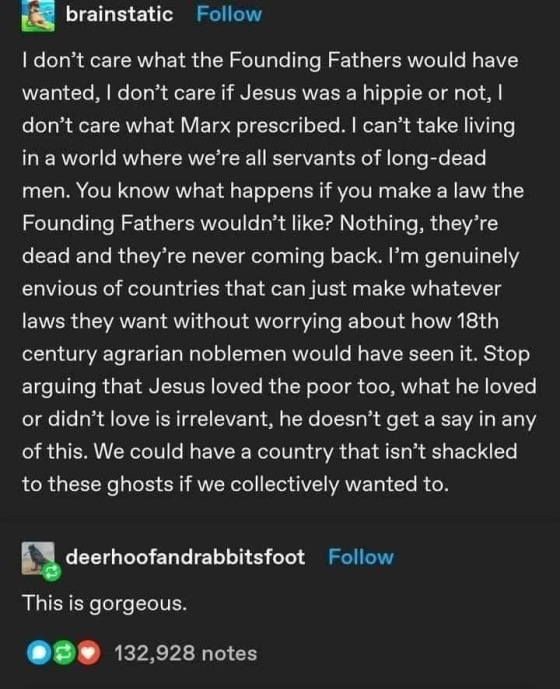