I found myself moved and a little weepy, though I can't pinpoint on a reason why, any singular epiphany gained or tragedy observed. Optimistically it's just some kind of emotional growing pain.

One summary I'm making for myself: **the meaning of everything is something drawn out, not uncovered or handed over. It is a creative process; it is cooking and not merely foraging.**

(I guess this ties in well with the philosophic theme I've been exploring lately: *everything of value is emergent*; all value is merely potential until it has arisen out of connection and interaction. And similarly value and meaning can never be bestowed from on high; it is a bottom-up process and not top-down.)

But meaning so developed isn't just "made up", which is one accusation my inner-skeptic will use to challenge it. Whatever our meaning grows into, it must have its roots in whatever concretely IS.

Faith then is a matter of accepting the truth of meaning that has grown for oneself, even if it lacks definitive validation. It's putting aside the nagging worries of "oh you just made that up" and accusations like "well you could have said anything".

I need to grapple with this some more. See how it plays with other themes I've been embracing; the idea that there's a (forever uncertain!) objective ultimate Truth, even if its presence is only implied from the sense of directionality, (better/worse) that we have which is necessary for us to reason our way about any two competing smaller truths.

(And also to reconsider: my disdain for concepts embodied in phrases like "Well that's My Truth". Does that idea, which never seemed resistant to accusations of "just making it up" -- especially since it seems to cover objective empirical reality as well as subjective senses of how things should be -- become more palatable for me if I frame it as "well, that's the Meaning I've grown about it"? Is it just semantics or what are the crucial differences?)

Sometimes the other men invented amusing dreams about the future, such as forecasting that during a future dinner engagement they might forget themselves when the soup was served and beg the hostess to ladle it "from the bottom."

This anecdote stuck with me from the first reading - the idea being at the concentration camps, any thing of substance in the watery soup (such as peas or potato) were at the bottom, and so the server had some control over what was given to the other person.

To draw an analogy: a man's suffering is similar to the behavior of gas. If a certain quantity of gas is pumped into an empty chamber, it will fill the chamber completely and evenly, no matter how big the chamber. Thus suffering completely fills the human soul and conscious mind, no matter whether the suffering is great or little. Therefore the "size" of human suffering is absolutely relative.

Does this not bring to mind the story of Death in Teheran? A rich and mighty Persian once walked in his garden with one of his servants. The servant cried that he had just encountered tered Death, who had threatened him. He begged his master to give him his fastest horse so that he could make haste and flee to Teheran, which he could reach that same evening. The master consented and the servant galloped off on the horse. On returning to his house the master himself met Death, and questioned him, "Why did you terrify and threaten my servant?" vant?" "I did not threaten him; I only showed surprise in still finding him here when I planned to meet him tonight in Teheran," said Death.

(He notes that some concentration camp inmates adopted a practice of deliberate passivity. I recognize that urge in myself, though I'm not sure the "I don't want to be responsible for things going worse" is a healthy way to be:

The camp inmate was frightened of making decisions and of taking any sort of initiative whatsoever. This was the result of a strong feeling that fate was one's master, and that one must not try to influence it in any way, but instead let it take its own course. In addition, there was a great apathy, which contributed in no small part to the feelings of the prisoner. At times, lightning decisions had to be made, decisions which spelled life or death. The prisoner would have preferred to let fate make the choice for him. This escape from commitment was most apparent when a prisoner had to make the decision for or against an escape attempt. In those minutes in which he had to make up his mind-and it was always a question of minutes-he suffered the tortures of Hell. Should he make the attempt to flee? Should he take the risk?

"Was Du erlebst, kann keine Macht der Welt Dir rauben." (What you have experienced, no power on earth can take from you.)

And in another paper she expressed the hope that logotherapy "may help counteract certain unhealthy healthy trends in the present-day culture of the United States, where the incurable sufferer is given very little opportunity to be proud of his suffering and to consider it ennobling rather than degrading" so that "he is not only unhappy, but also ashamed of being unhappy."'

But happiness cannot be pursued; it must ensue. 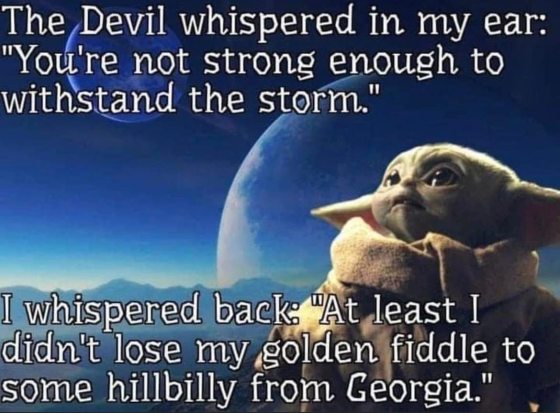