Pitch for a new Religion: The Church of Faith in Doubt and Certain Vagueness.

The Church of Faith in Doubt and Certain Vagueness splits these differences (universal truth: sort of, other faiths: right and wrong) and says that there is a general direction of universal truth that emerges from the shared human condition, but that we can never be certain which specific faith is closest to it, just endless hashing over which faiths probably are closest to universal, and asking about what criteria we use to like one faith over another, since those criteria might be the important bit.

The Church's patron saint is Goedel. Meetings at The Chapel of No Special Revelations. Cracked.com on cool bugs Alien Bill commissioned from Joe Ellis 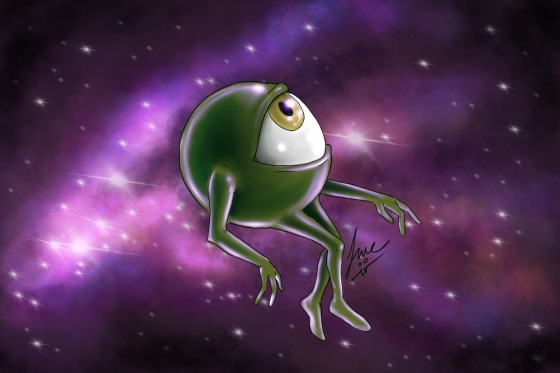 My favorite podcast is "Get Played", where the 3 hosts (really skilled in comedy) talk about video games. Their patreon has a side podcast "Get Animed", where they've been going through Neon Genesis Evangelion, so I'm rewatching odd episodes even though I watched it for the first time in 2020.)

Anyway, the Netflix verison (notorious for being too cheap to pay for the rights for "Fly Me To The Moon") has notably different translations for the written captions and for the overdubs. It's interesting taking in the same information in two different spins at once...