What a delightful surprise on Tumblr, I was in the NES game Rollerblade Racer. must've been during my brief time wearing contacts. 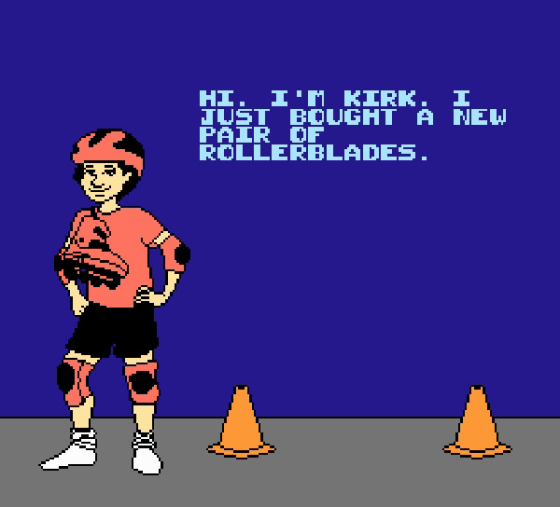 The more something is shared, the greater its value becomes.

Lewis Hyde wonderfully illustrates this dissonance in his exploration of the "Indian giver." This expression, used negatively today as a pejorative for someone who gives something and then wants to have it back, actually derives from a fascinating cross-cultural misinterpretation between an indigenous culture operating in a gift economy and a colonial culture predicated on the concept of private property. When gifts were given to the settlers by the Native inhabitants, the recipients understood that they were valuable and were intended to be retained. Giving them away would have been an affront. But the indigenous people understood the value of the gift to be based in reciprocity and would be affronted if the gifts did not circulate back to them. Many of our ancient teachings counsel that whatever we have been given is supposed to be given away again. [...] In Western thinking, private land is understood to be a "bundle of rights," whereas in a gift economy property has a "bundle of responsibilities" attached.

English is a nounbased language, somehow appropriate to a culture so obsessed with things.

Ceremony focuses attention so that attention becomes intention. If you stand together and profess a thing before your community, it holds you accountable.

Time as objective reality has never made much sense to me. It's what happens that matters. How can minutes and years, devices of our own creation, mean the same thing to gnats and to cedars? Two hundred years is young for the trees whose tops this morning are hung with mist. It's an eyeblink of time for the river and nothing at all for the rocks. The rocks and the river and these very same trees are likely to be here in another two hundred years, if we take good care.