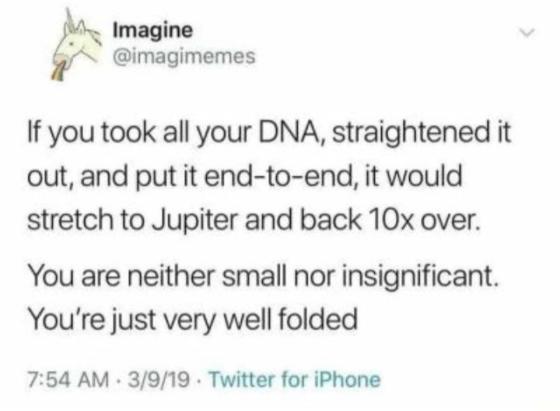 Oh, I just realized Barton Fink was the movie I was mixing up with Barry Lyndon. Not that I know much about either. 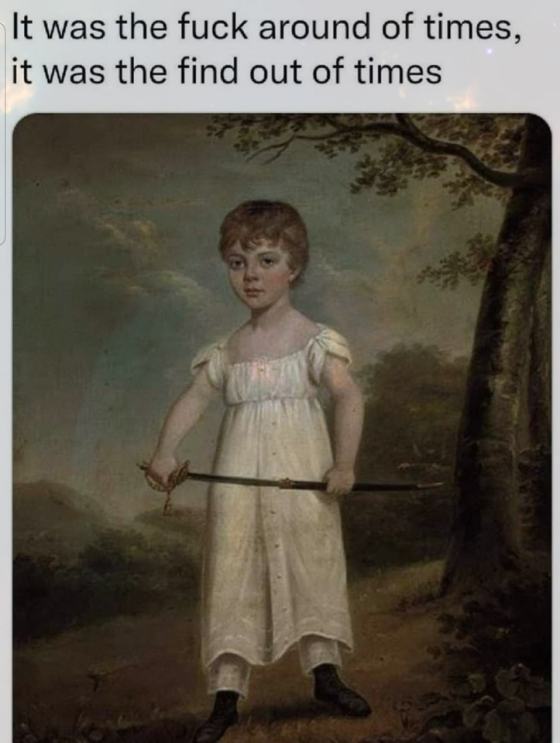 Spock, McCoy, and Scotty waited with Kirk in the transporter room. McCoy was scowling. Kirk knew what McCoy thought of the transporter. For the doctor the room was filled with the ghosts of a thousand humans and aliens who had passed through this room to their fates: disintegration and analysis and materialization in a distant place. Bodies had come and gone, leaving their immaterial essences behind, and most of them had returned--though who can say that the same persons came back who left this room. Exact duplicates, certainly, but what of that which could not be measured or analyzed? What of the personality? What of the "I"? What of the soul, for those who still believed?

Nothing outside makes you whole. That arrives only when you come to terms with what's inside, when you accept what you are and who you are and grant yourself the right to make mistakes and still keep your self-respect.

Think! Happiness is not the only good. Humans value other things even more: love, friendship, accomplishment, discovery, and, most of all, knowledge. Given a free choice between happiness and knowledge, humanity will choose knowledge every time.

(I've been on a Vonnegut kick, and I wanted to check out this novelization of a never-produced screenplay by Theodore Sturgeon, who is said to be the influence for Vonnegut's Kilgore Trout character) Ghost Town @ Roslindale Porchfest , with a few JP honkers 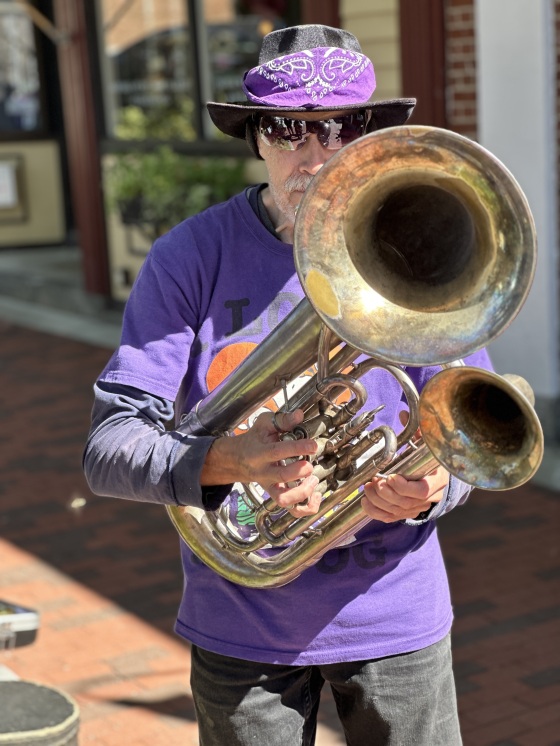 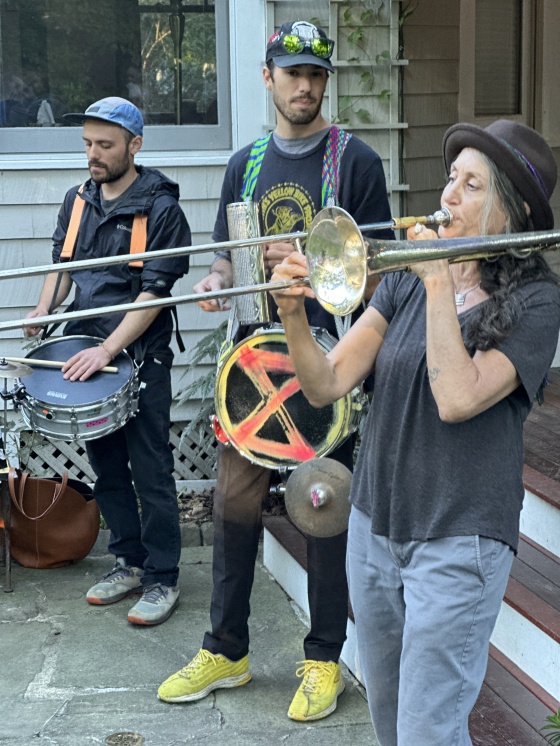 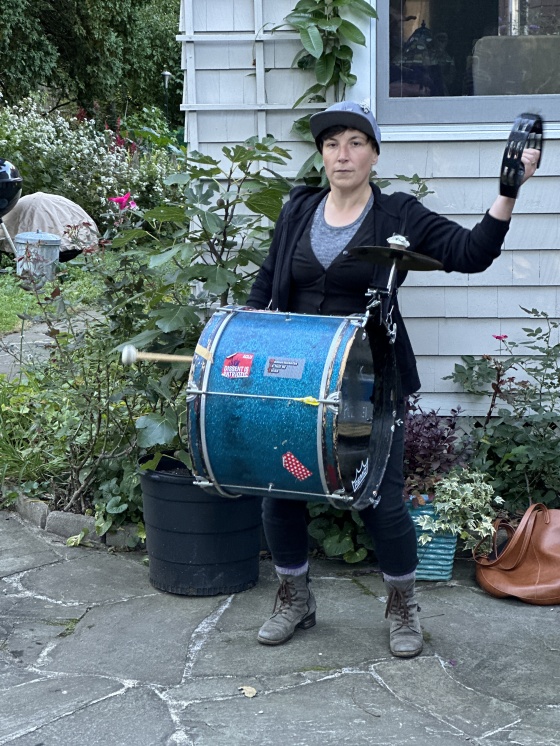 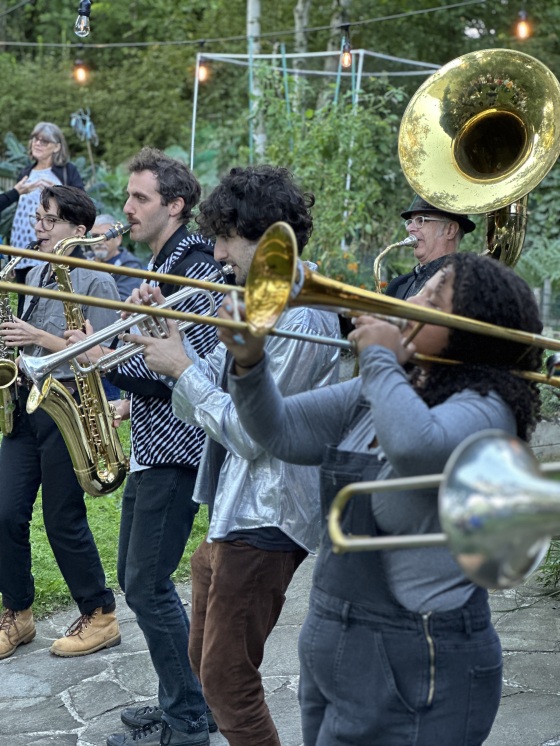 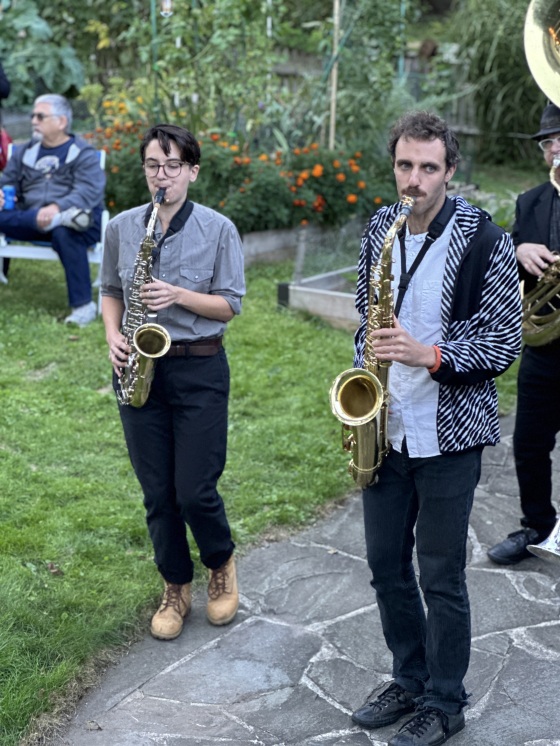 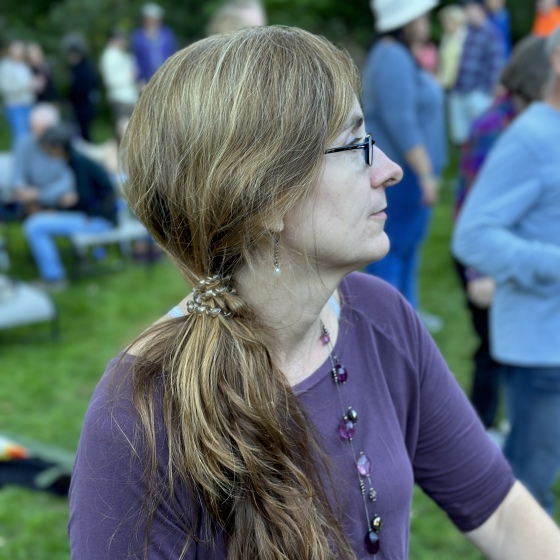 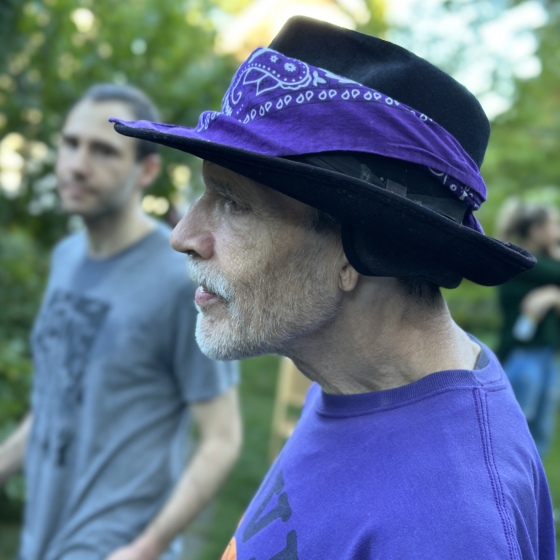 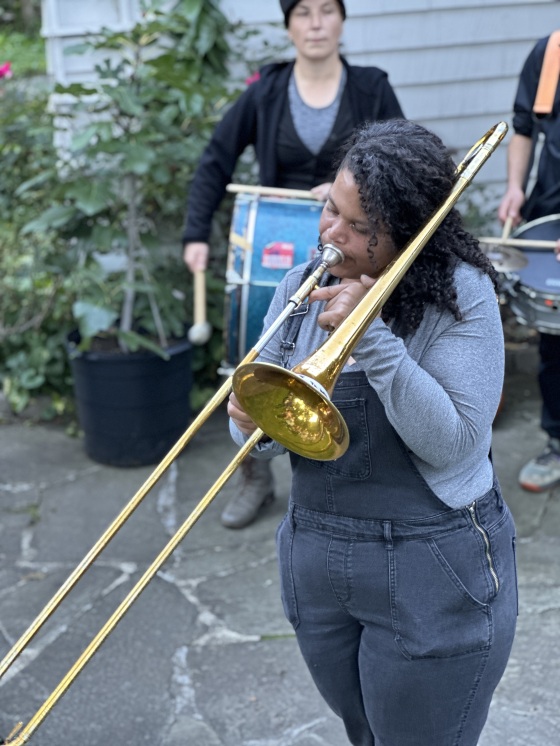 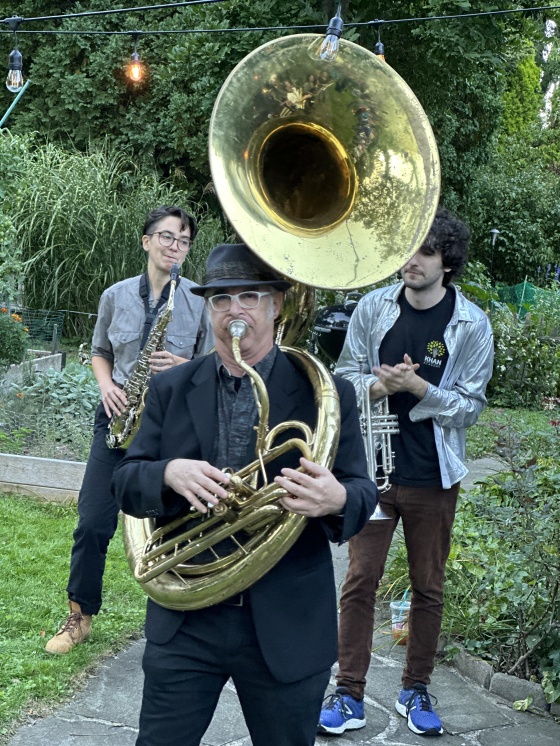