photos
(1 comment)
May 22, 2004
Played a little hooky Friday and went with Peterman and Leslee to Six Flags New England (we went despite the commercial with the wacky dancing old guy and the gratingly catchy jingle.)

While the coasters ended up being their usual fun selves, Peterman noticed that my two favorite parts, the ones that I ended up talking about the most, both involved drumsticks.

The first was lunch...I had been jonesing for a giant turkey drumsticks ever since I saw a tv show that showed 'em for sale at this giant Texas fleamarket months ago, and Six Flags had 'em...amazingly, they lived up to my hopes and expectations, just a massive chunk of tasty tasty meat you can rip off with your teeth.

The second was an arcade game they had there...I think it was an MTV Drum Jammer...it's basically drum karaoke, you pick a song and then drum along. (Not like one of those DDR games, it doesn't judge you or anything.) I've been thinking of using a little mad money on a drum pad setup, one of those tabletop models, and this convinced me I really need one.

Images of the Moment 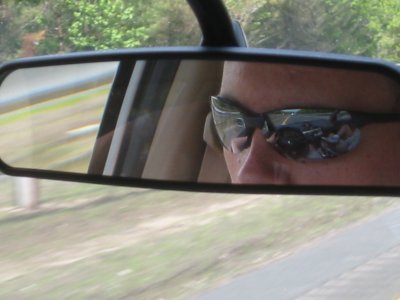 --Peterman driving. I like the road as seen in his sunglasses. 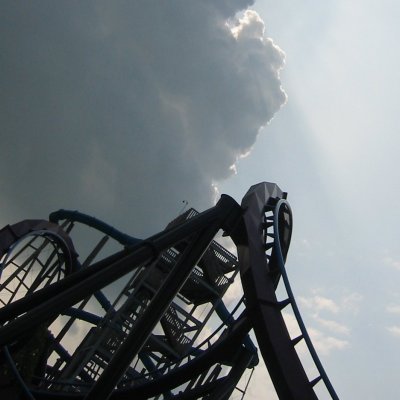 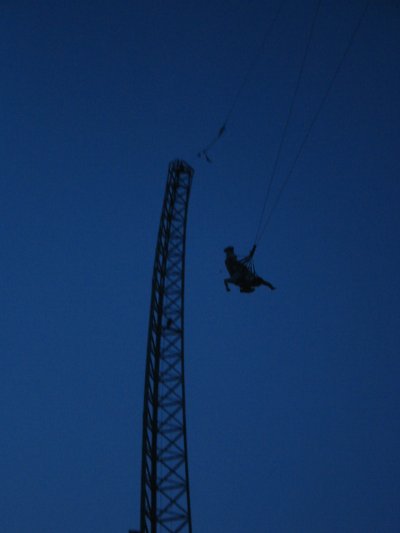 --Leslee took this great shot of Peterman and me on the "Skycoaster". (I previously posted a video and description of our 2001 time on the ride.)