travel
(5 comments)
September 19, 2006
So this is Seattle! I got in town around 4 last night, so I figured it might be the best chance to explore a bit. And I splurged a tad and decided to give Canon one more chance, with its weirdly PSP-looking SD630.

These photos aren't all that stupendous even as far as vacation shots go, but I guess I can't blame the camera for that. 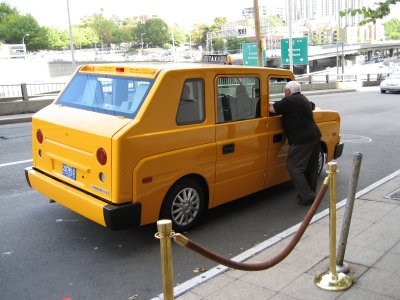 This taxi was parked as my own more normal cab pulled up to the hotel. At first I thought it was some odd Hummer-derived monstrosity, but then I realized it does sport wheelchair access, so it's not just for show. 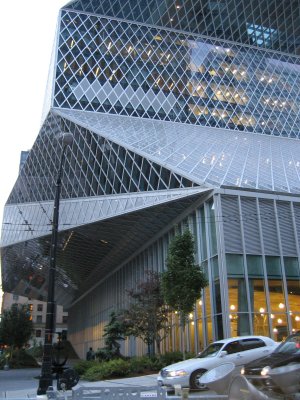 I believe that this funky building, right by my hotel, is the library. 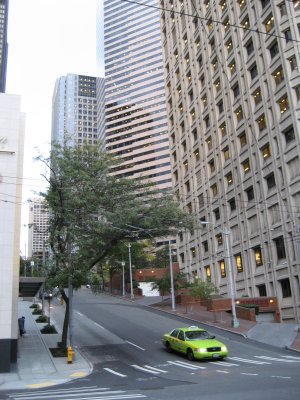 Downtown Seattle is on a slope. After driving San Franscisco for a day (well, maybe the outskirts) and walking this place's downtown, I'd say Seattle at least gives it a run for its money. 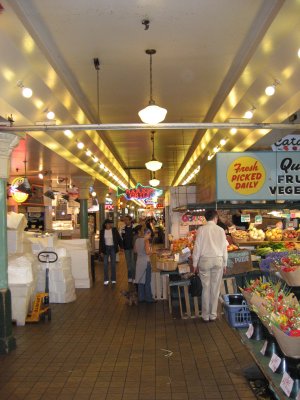 I took Max's suggestion and checked out the Pike Place Market... and yeah, lunch would have been better, since some things start to close at 5 or 6 but I got to see some neat stuff, including a bit of the famous fish flinging. 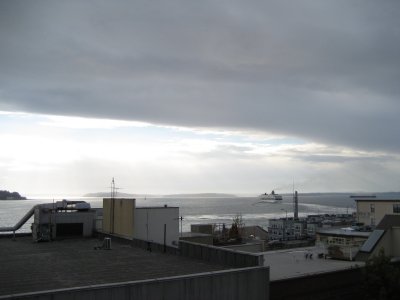 I had dinner at "Soundview Café"... some great salmon on a bulky roll with beer. The view was lovely... the waitress mentioned she was glad to see this cruise ship headed out, I think the implication was it was just too many people there to be docked for that long, like a floating city.