photos
(2 comments)
February 23, 2007
Ahh, my last day of self-indulgent non-workday before returning to my role as dutiful office denizen.

And set myself for some bigtime indulgence I have, with the purchase of an Xbox 360 as an early birthday/lets get it while I still have a smidgin of vacation left gift to myself. I generally don't get a new system until I see something of a personal "killer app" for it. This system it happened to be the game "Crackdown", which I hoped would be a blend of GTA, Incredible Hulk: Ultimate Destruction, and Mercenaries. So far it's mostly like Mercenaries, but it's decent fun, and there are some upcoming titles that probably would have convinced me to buy the system anyway. The Xbox 360 isn't cheap, but probably fits within the price differential of what I could have spent on vacation, and what I actually did. No wonder the travel industry is so big; people can drop so much on a trip without even thinking about it.

Of course, a vacation gets me out of the house, into some warmer climes, lets me catch up with distant friends, and provides many interesting photo-ops and chances to catch up on my reading, while a video game system is an enabler of cocooning. Which might be reasonable as I finish up recovering from such a big cold.

Looking back on the past 8 weeks, I'd have to admit I did not get my personal project mojo working the way I had hoped. I don't think I was quite orderly enough about it. I did a number of small projects, but mostly ones that entered my head on a given day, and not off of "the list".

Floria Photos of the Moment
So on my final day there Felisdemens and I snuck in a trip to Butterfly World! (It was either that or, I kid you not, a trip to the firing range, which is something I've always wanted to try.) 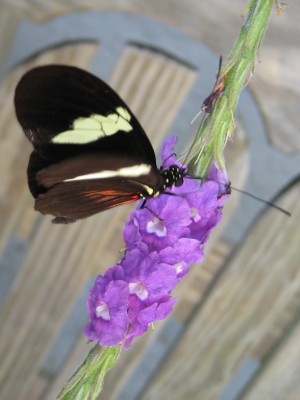 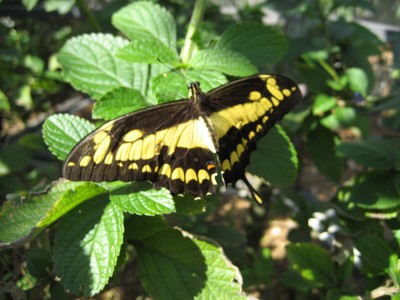 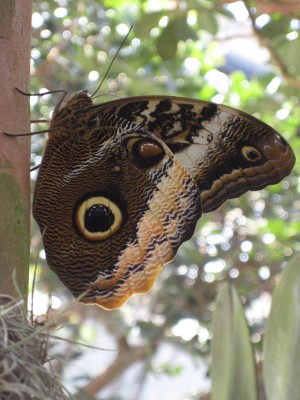 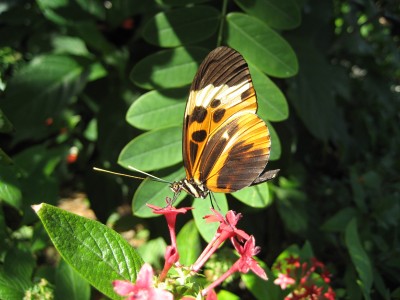 They also had birds, like this patient humming bird: 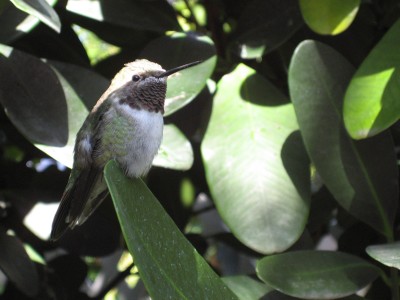 But even more fun were the very lively Lorikeets... you could buy a small tub of nectar and the birds would gladly perch and sloppily lap it up... 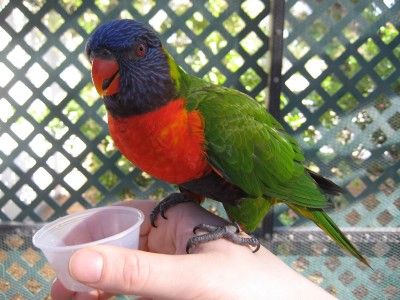 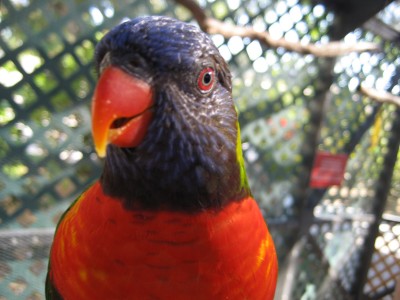 Finally, along side they had a small exhibit with some even more exotic, albeit dead, bug specimens: 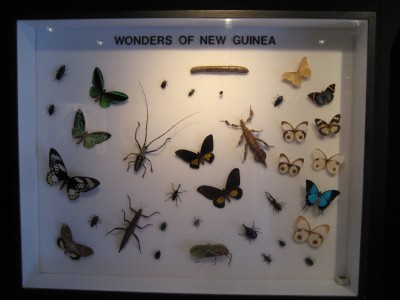 Man. The photo doesn't do the size of some of those guys justice, 'cause let me tell you, if I made landfall and saw that one with the giant antennae running around, I'd be like "sorry fellas, time to get back on the boat and our butts back to Old Zealand"...