metageek
(1 comment)
October 11, 2007
So, uh, hi -- this is the commentary track for the special collector's edition of yesterday's kisrael. I'm Kirk, I write and make and arrange pretty much all of the site-- so here we go.

Announcement: I will never be able to spell "seperately" correctly on the first try. The problem may be phonetic.

That was just a little thing from my backlog, I didn't really have a lot to say, but I like starting off with a comment in my own voice, instead of diving into the links or whatever. Maybe I should've talked about Joe Torre. I probably wouldn't even notice how often I get that word wrong if it wasn't for the spellcheck Firefox throws in there.

Just trying to make the pointlessness of it into self-conscious joke.

Inexplicable Objects of the Moment
You know, not to long before I wrote this I was talking about how few injokes the site has, but this is one of them. I steal links from Bill the Splut all the time. He used to do the "InExOb", or Inexplicable Object of the Week, so this was kind of a shout out to that. Actually, if you Google on "InExOb" my name shows up on the first page of results, where he thanks me for some online poll script I had written for him. 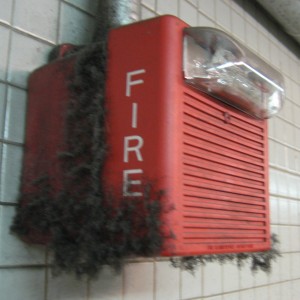 Hmm. When did fire alarms start spouting sideburns? Oh, and: ewww. (Taken in the Arlington Street Station hallway.)
Yeah, that was pretty gross. I kind of like "Oh, and: ewww", as if it took a second for a visceral reaction of disgust to set in. Still: the sideburns were pretty cool. 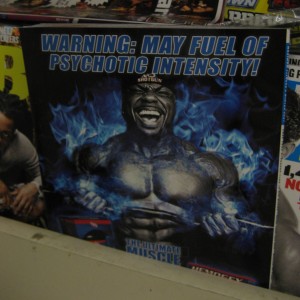 USE THIS PRODUCT MAY MAKE ENGLISH NOT TO SO GOOD! (Taken at the South End 7-11 magazine rack.)
I was on a sort of kind of not-really double date with Jonathan at the time, and this one gal he's gone out with, and her friend from back in Texas. I guess more hanging out. We did a lousy job buying drinks. That whole "go dutch? offer to pay?" is such a potential minefield of miscommunication.

I think of the whole "parody of the idiots around us" shtick here as kind of a Bill the Splut homage, he does it really well.

Special Deleted Scenes of the Moment 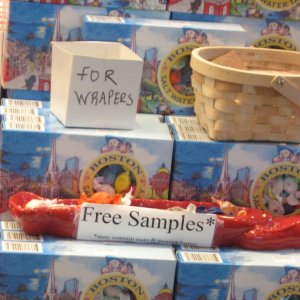 So, making fun of badly written signs, the "WRAPER" thing. But it seems a little mean spirited, and wasn't that funny, so I left it out. 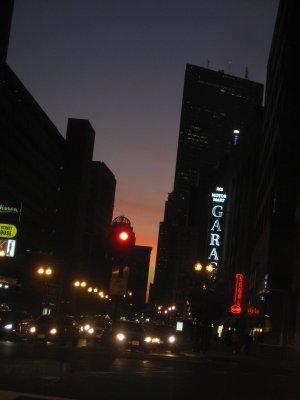 This was a photo I took for my Photo Composition class, trying to think about light, and exposure, stuff like that. The teacher seemed to dig it, the negative space of the buildings, but I've posted pictures like it before that I like better, like this summer at Davis Square, and in Chicago. Plus I kind of had a "square cropping" theme going with the other photos, and so it didn't make the cut.

Music of the Moment
All of the Beatles' LPs condensed into an hour of extremely weird and fast music.
This is a BoingBoing link, but frankly I still so many links from there that sometimes I get shy about the proper attribution, lest people think I'm just a BoingBoingFilter. It was a good link though, I also liked the other soundclips of what happens if you reverse the speedup, a lot of the information gets dropped and so it sounds really funky.

Anyway, that wraps it up. Hope you enjoyed a little behind-the-scenes look at kisrael, and maybe we'll see you on tomorrow's entry!