photo
August 1, 2008
So Manny is out of here...
in retrospect, his lackadaisical outlook could get annoying, but in some ways, it's nice how relaxed he could be. "It's only baseball, have a sense of perspective" was an attitude that served him and, as much as we hate to admit it, the Red Sox as well. 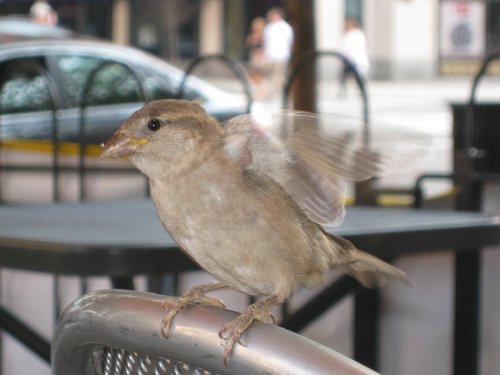 --Fast Moving Bird outside the Au Bon Pain near Copley Square - wasn't expecting two catch an image like that.

I lived Slylock Fox this morning! "Man on T thinks Kirk has his stolen bag. How did Kirk prove it was his own?" [Kirk showed him the holes] "bromance"? Charming. Boston has a god damned first of the month expired inspection sticker patrol. Ah the highway food court service plaza. Such a throbbing mass of humanity...