oh wow i can totally see myself 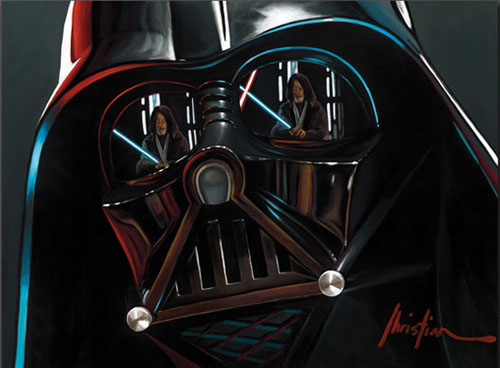 The Panglossian pessimist says, "Isn't it a shame that this is, after all, the best of all possible worlds!" Imagine a beer comercial: as the sun sets over the mountains, one of the hunks lounging around the campfire intones, "It doesn't get any better than this!" -- at which point his beautiful companion burts into tears: "Oh no! Is that really true?" It wouldn't sell much beer.

I cranked up my restrospect page so that is shows me more of the old stuff from my PalmPilot, specifically the stuff that's undated.

It not infrequently happens that something about the earth, about the sky, about other elements of this world, about the motion and rotation or even the magnitude and distances of the stars, about definite eclipses of the sun and moon, about the passage of years and seasons, about the nature of animals, of fruits, of stones, and of other such things, may be known with the greatest certainty by reasoning or by experience, even by one who is not a Christian. It is too disgraceful and ruinous, though, and greatly to be avoided, that he [the non-Christian] should hear a Christian speaking so idiotically on these matters, and as if in accord with Christian writings, that he might say that he could scarcely keep from laughing when he saw how totally in error they are. In view of this and in keeping it in mind constantly while dealing with the book of Genesis, I have, insofar as I was able, explained in detail and set forth for consideration the meanings of obscure passages, taking care not to affirm rashly some one meaning to the prejudice of another and perhaps better explanation.

People on the dumb side of the Evolution "debate" should take this guy to heart... http://www.slate.com/id/2234738/ - the results of fun with "google suggest" www.wikihow.com's Develop Your Photography Skills - really dig the advice presented here. END OF THE WORLD! mkb linked 2012: The End of the World? which I liked a bit more than 15 Doomsday Prophecies