In Cleveland I took a side trip down to Coshocton to see my dad's grave. "He Made Us Laugh". Dunno if it's morbid or goth or something to have so much of your own reflection in a grave photo... 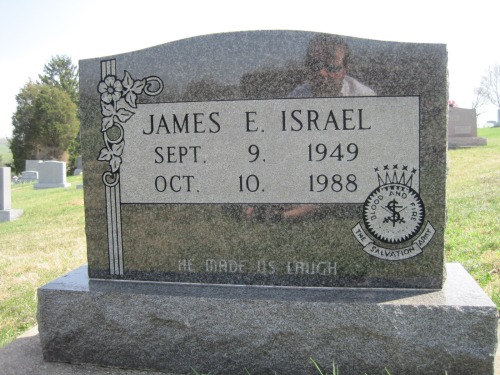 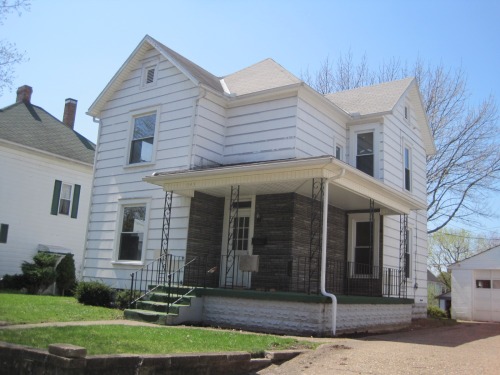 The house is, sadly, abandoned, or at least empty. But, someone who lived there after my Grandma put in this pretty kickin' treehouse... 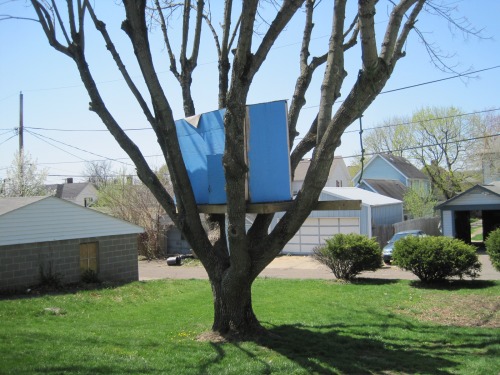 On the way back, we made a stop in Salamanca, NY, where I lived from about preschool 'til third grade. I'm glad I was warned that the combination church building / apartment where we lived is now a grassy lot... 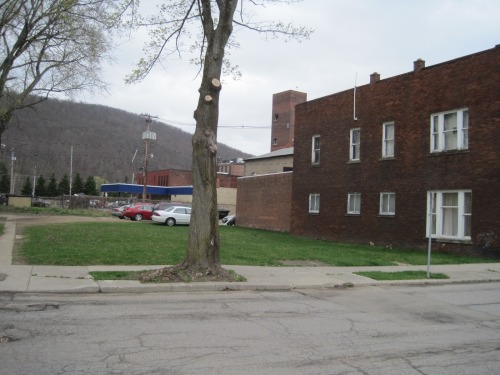 I went down the street to my old school St. Pats. Here's a shot into the gym where I got my extra dimple added to my left cheek during a roller skating event there... 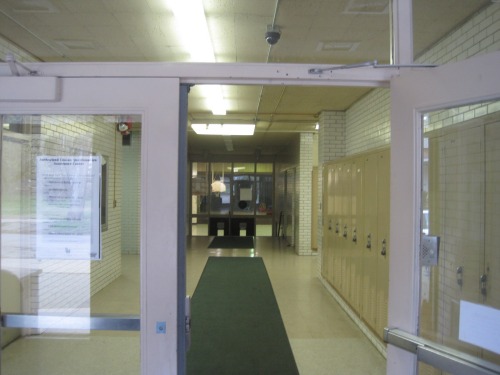 I was kind of happy to see the nearby small mall had been converted into an multi-deal Antiques Mall that seemed to be doing ok.


Anyway. Going back earlier in the trip... Cleveland has its troubles, but it also has some really cool and funky neighborhoods in a way I'm not sure that Boston does. One of them is Coventry in Cleveland Heights-- even there benches are cool. 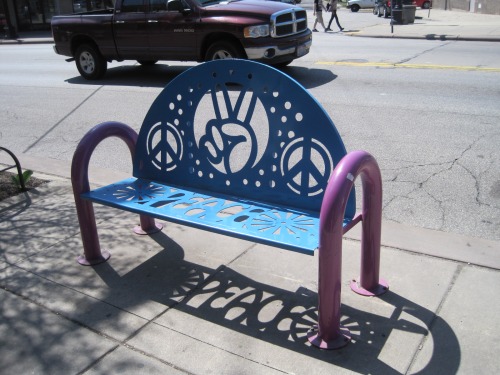 (there were some other ones with smiley faces and other kinda nifty hippy designs.) 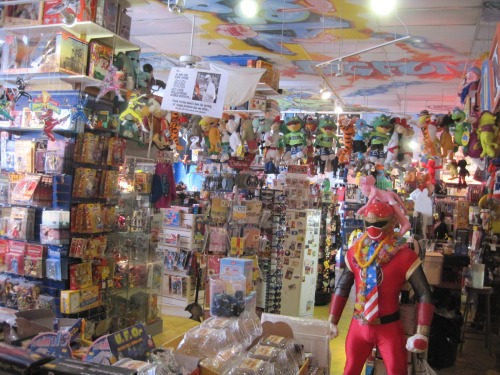 We ate at a restaurant called Pacific East - I liked the dragon-y way they handled this peel. 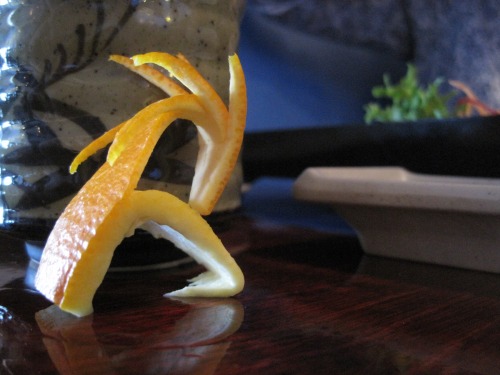 (Later in the week we say "How To Train Your Dragon" in 3D -- it's arc is a little predictable but overall it is awfully good, just very well done in every way.)

OK, more tomorrow -- including the return of proper bowling!