playlist
June 18, 2010
So, it's once again time for me to post the 3,4, or 5 star music I added to my collection over the proceeding 3 months. I love how iDevices let me have a closer relation to my music, but I want to make sure new stuff doesn't get lost in the shuffle (so to speak) so every season I make a new playlist of just the new tunes that I listen to over and over so the songs have a fighting chance for long term familiarity with me.

I'm always amazed that I can find Youtube videos for all of this. I usually go for original version videos, but accept live when that's all there is. And, crazily enough, here I am, singing "Fat Bottomed Girls" at the sQ! alum show at Tufts' Goddard Chapel...
Err, I'm in the back left, behind the really tall guy, popping out from time to time. The "first generation" Qs sang the first verse, I guess we were supposed to mosey forward but this was crazily under-rehearsed... (though Amber got to hear me listen to sQ's and Queen's version over and over as I tried to learn it on the way back from Cleveland.)

So, in other music... two songs got a 5 star Rating (50 songs out of around 1900) I got a ton of music from Amber this time, she has some terrific mixes. (Mostly I downloaded fresh MP3s - it's finding out the music that's the trick, rather than saving a buck) Sometimes I'll remember a random song from Marching Band Days and hunt it down... Movie soundtracks are often great sources of new stuff, most of these were from "Whip It" or in explorations around there... And older stuff from "An Education" Random The thing is I had so much music this season tht for most of May I put off actually adding in the music I ran into, so the Summer playlist is probably a bit inflated from where it would be otherwise.

Anyway, this is all some great music. Let me know if you want an MP3 of anything... 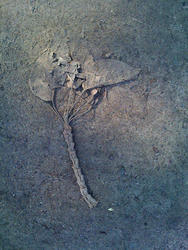 I took a city that was known for pornography and licked it to a large extent.

https://www.youtube.com/watch?v=QNREP5l4xTw - anyone know what version of "P.I.M.P" is playing behind Penny Arcade's Gabe drawing Boba Fett? Come to think of it, I'm kind of bummed none of the virtual drum sets I encounter have a "marching drumline" soundset with 4 distinct bass drums and quads.