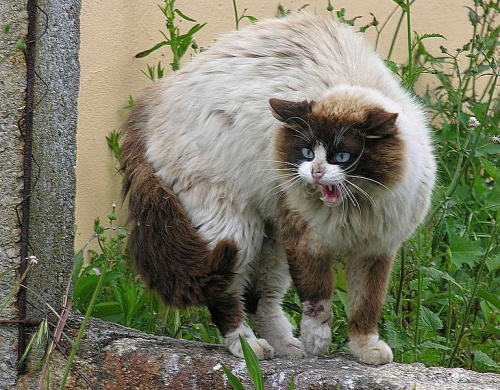 Bill the Splut told a sad story about a kitty's final hours, and mentioned

He was meowing, which cats only do to humans, so he wanted human help.

I checked out the Wikipedia page on Cat Communication -- Bill slightly overstated the case, but not by too much. (and the noises they make during fighting are meows anyway, which is where I got confused.)

Anyway, the page embedded this photo ("A cat hissing and arching its back to make itself appear larger to ward off a threat.") -- the fullsize original is even better... I've just never quite seen those tactics look so effective before! 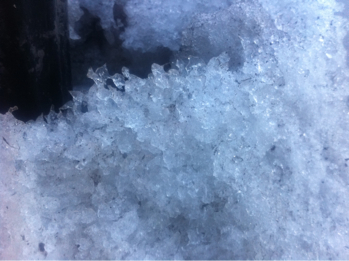 Weird. "Omelette" is not recognized by chrome's spellcheck, but "Omelette's" is. Computers, they never fail to surprise and delight. Hearing about the Nokia/Microsoft thing. In retrospect, getting the axe from Nokia in 2009 probably wasn't such a bad thing for me. My new coffee flavor idea: "French Toast Roast": very rich, with just a hint of real maple sweetness.