At some point I got an Olympus C-900 Zoom, so there's a notable improvement in image resolution and clarity. I think the colors tended to be a little flat, though, but I loved how well-protected its lens was when you closed it up - great design.

Anyway, another year, another new apartment - a tiny, tiny 1 BR with Mo, with her figuring it was time for us to grow up and have our own space... I think the size (and relative cheapness) of it kind of represented training wheels. 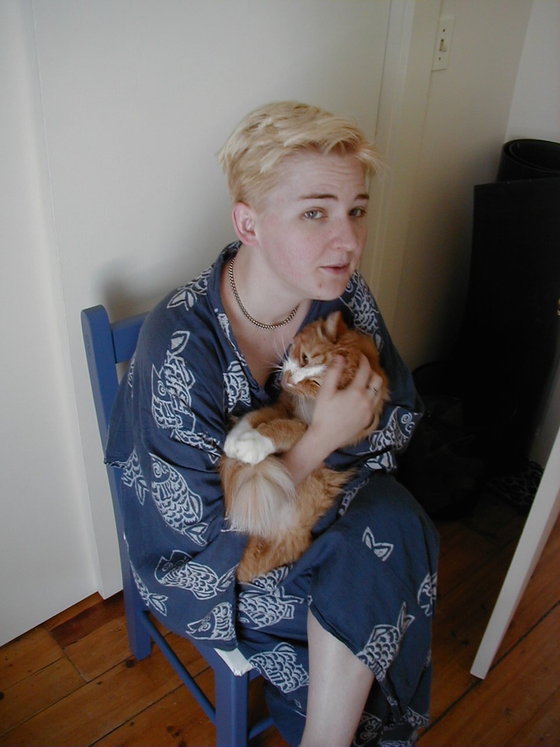 Mo with Murphy, in that new apartment, which she decided to paint herself, in order to more deeply claim it. 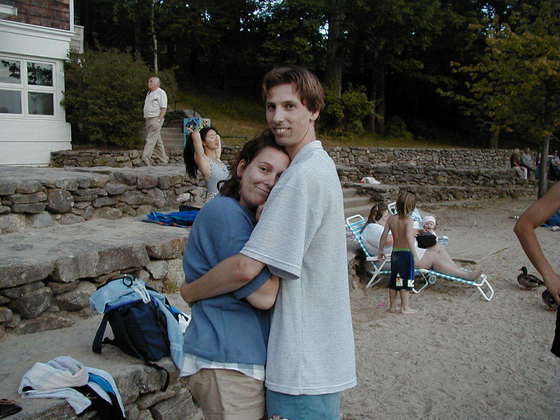 Bjorn with a camera-shy Lena at Walden Pond.


Kyle Parrish, a friend from Tufts, and a much better poet than I. Me. I. 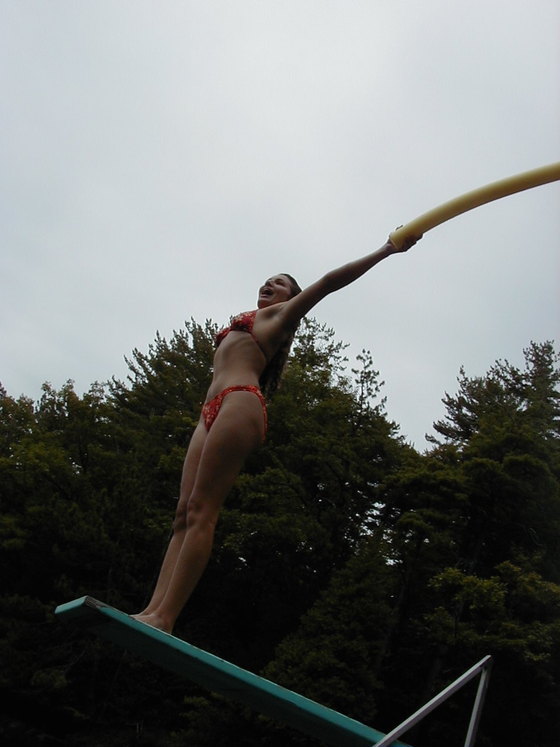 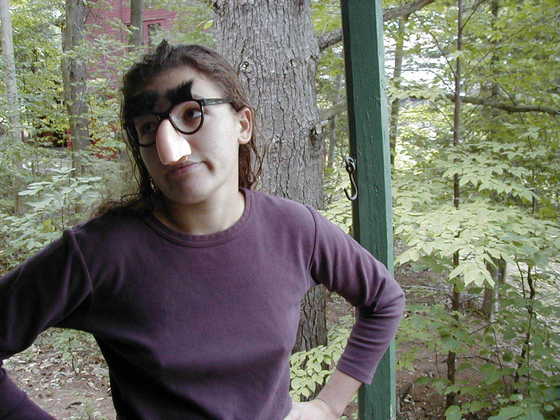 Sarah at Lake George, but in a more contemplative mood. 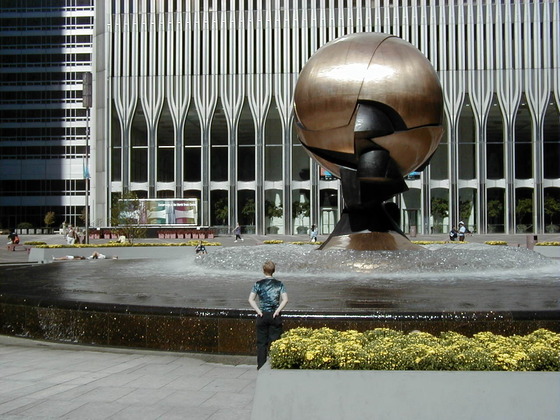 A photo from the fountain at NYC's World Trade Center, taken 9/11/1999 - two years before, to the day. (That fountain had a great optical illusion only viewable from up the towers, with a circular edge that seemed to be eternally contracting, because of the "wake" of the water flowing over it.) 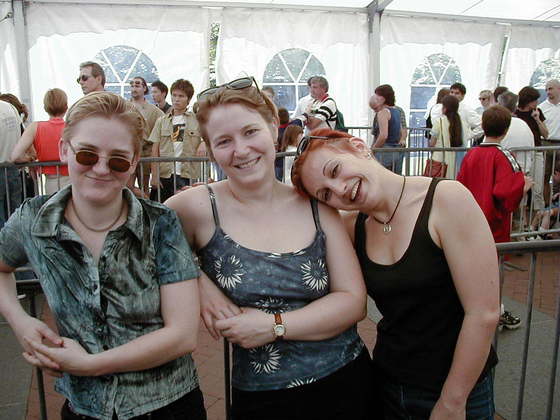 The WTC photo was during a trip to NYC to meet up with Veronika and some of her friends, as they travelled from Germany. This is Mo, Veronika, and a "B2" 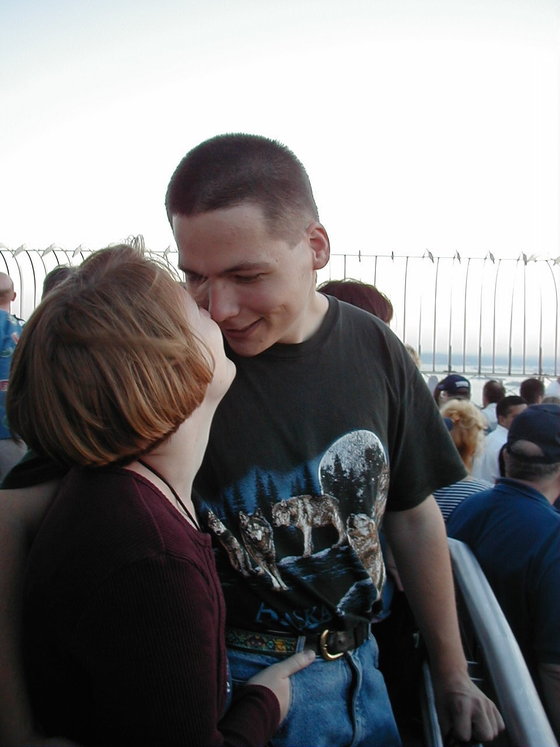 Veronika had a way of melting with guys she really liked, here with her boyfriend on top of the Empire State Building. 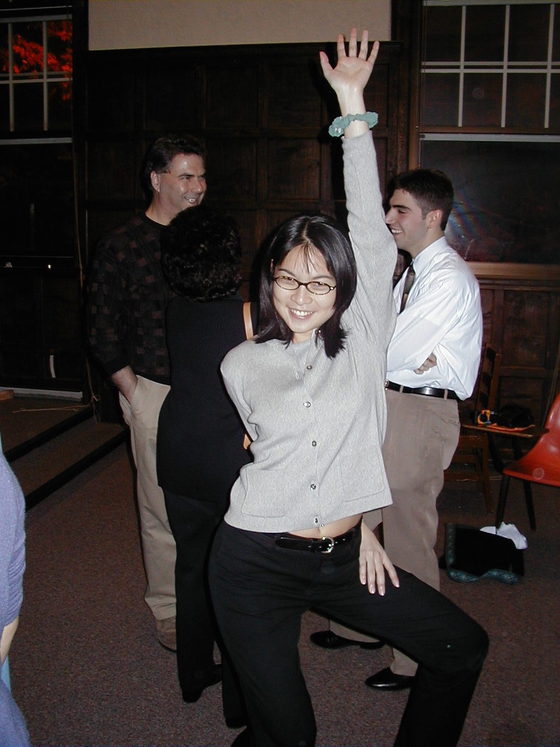 Karla Goo, a fellow alum of sQ!, here after a concert of the group. 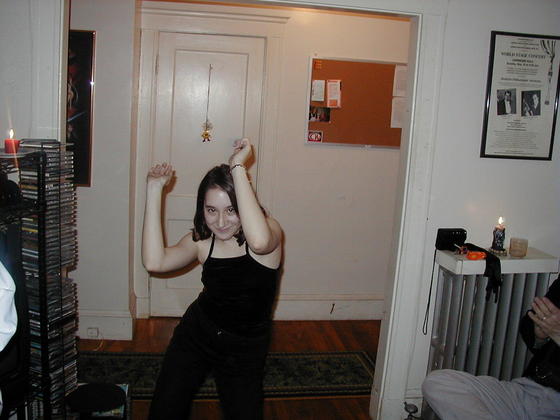 Lisa, a fellow Tufts Band Lemming, had a halloween party. Besides this dance move she and I would re-enact the Blues Brothers dance at odd intervals. 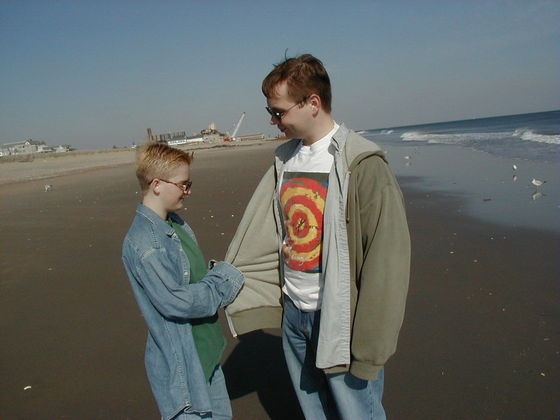 Back at the shore, I think again with Lena and Bjorn, one of whom took this shot. That might be the first in a series of green hoodies I've enjoyed over the years.

1999 Bonus: Two images (Dylan and his mom Linda, and Mo on a fence at Tufts) that came close but didn't quite make the cut... 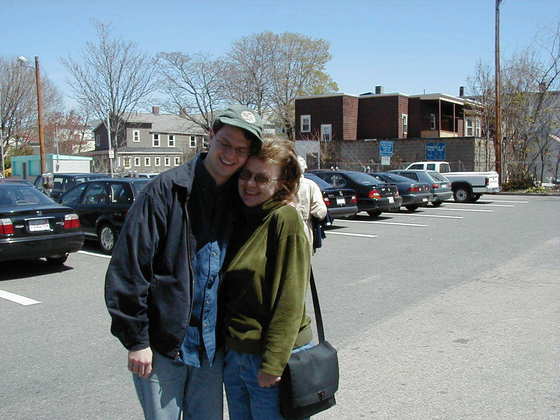 Interesting! I had no idea you're much more likely to fall into an eccentric orbit than to actually hit the sun. (I guess satellites around the earth have just enough resistance from the upper atmosphere to not enjoy a similar free ride?) 30 Years of Saying Government is the Problem means you're going to be bad at government. Mad Magazine released their Trump issue online. Trump vs The Bible is great. Christians: Trump is not one of you. This is terrible