Clearly we survived Y2K without much hassle. I was kind of uptight about in 1997-8 or so, but then calmed down a bit as systems failed to collapse, even ones that had to look ahead. 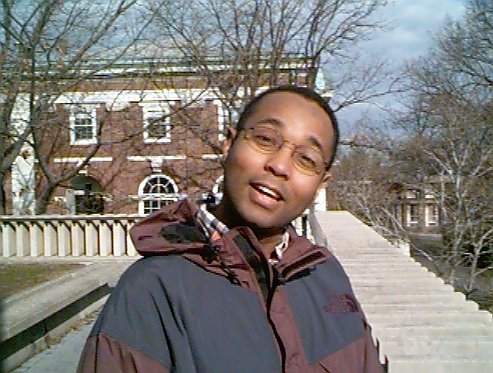 My friend (and former coworker from my first job) Habib, from Morocco.


Mo and I got engaged on Valentine's Day. (She had been a little frustrated that I hadn't punctuated a promise made early in dating that I wouldn't propose before 2000 by popping the question on the stroke of Y2K.) 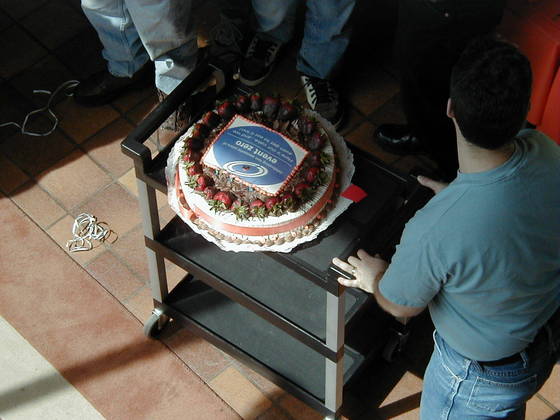 This photo here as a reminder for me of my biggest "dot com" play, "Event Zero". 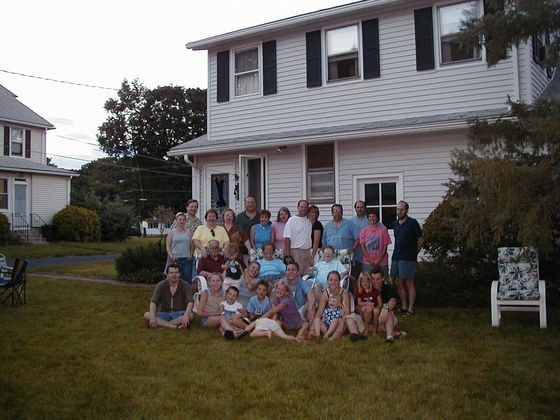 For an only child, I have a lot of cousins-once-removed or whatever it is. 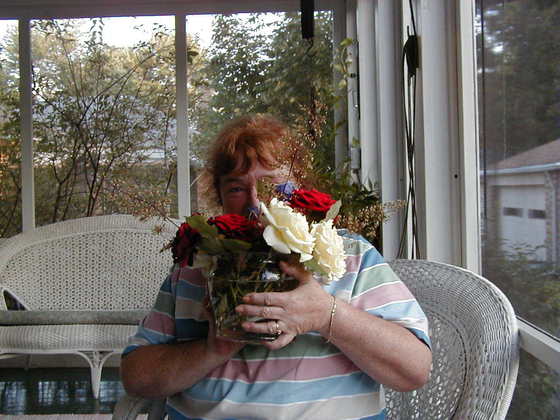 Beloved English Teacher Judith McLaughlin, who died a year or two ago. I would call on her every visit back to Cleveland - it's a hoot to do some day drinking with your funny and gracious high school teacher. 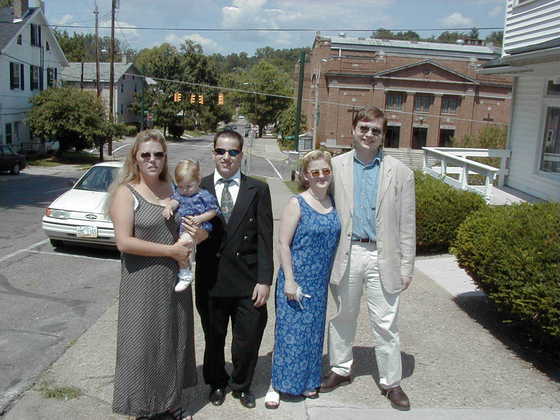 After the wedding of Wendy, with Mike Witczak-- 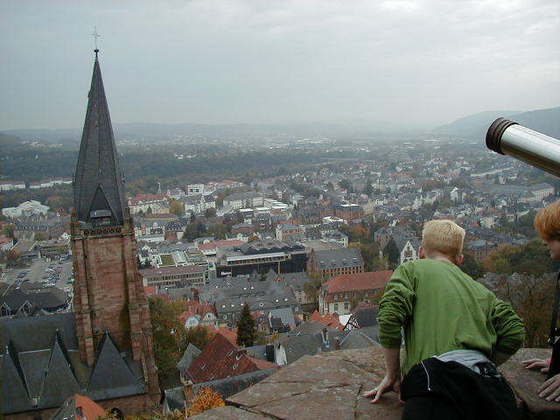 We visited Veronika in Germany that fall... here we are at Uni-Marburg... and I thought Tufts had a big hill, it ain't a patch on Uni-Marburg. 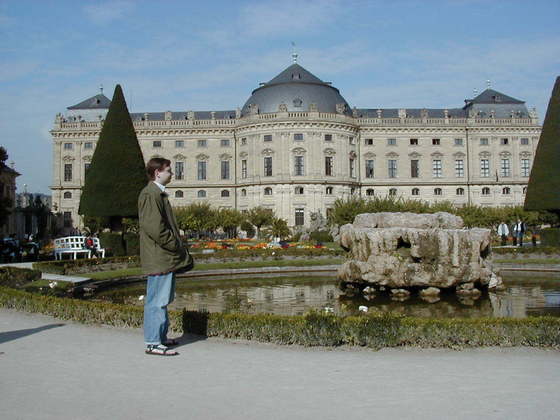 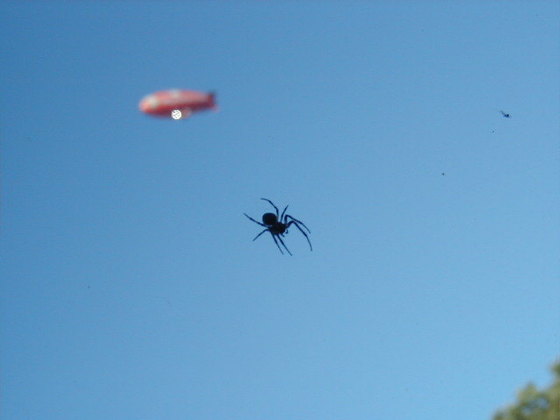 Back at work - Giant Spider! Lowering from the Monster.com blimp. (A bit of office tom-foolery) 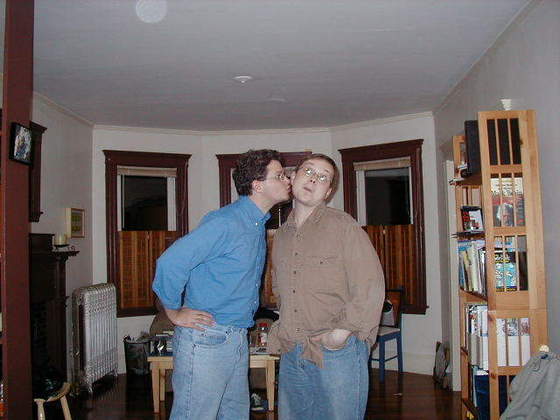 Another year, another new apartment. And a little peck from Dylan. 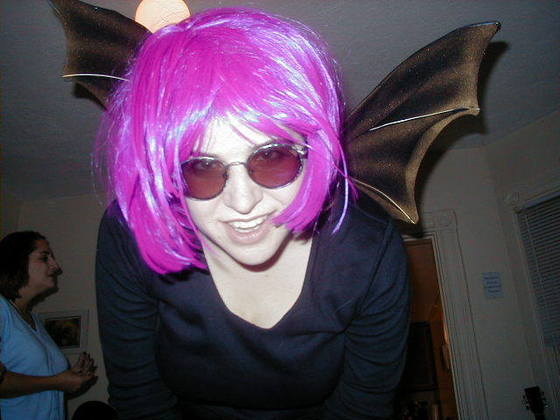 Brooke threw a lot of fun parties these years. 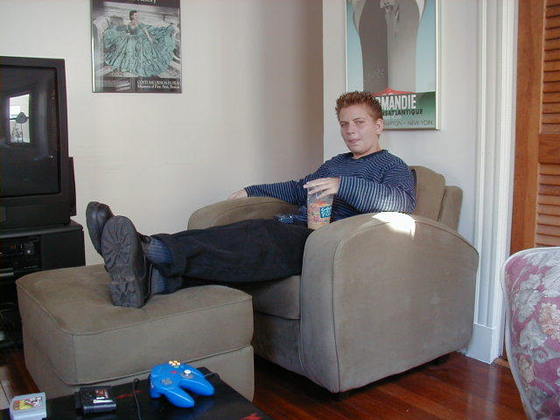 Mo's friend and then-(uh)-future-maid-of-honor Lee. For some reason I think I remember she's around to help Mo try on wedding dresses (We had a year and a half engagement.)

Video Shows Unarmed Black Man Pleading With Arms Raised Before Getting Shot by Police - Hands up, don't shoot. Mercifully, not a death, and maybe "just" an error from an itchy trigger finger? Still... Racist, Barney Fife BS. The Centipede is especially good... 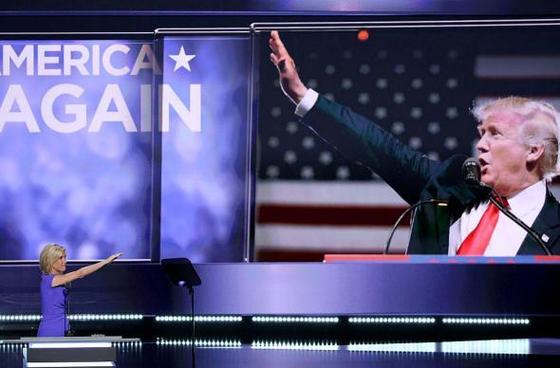 Extra bonus: Trump and Putin see eye to eye on NATO (even as Pence tries to say we WOULD stand with the alliance that kept us through the cold war.) The ultimate Tell Me Again Why Trump is a Fascist.