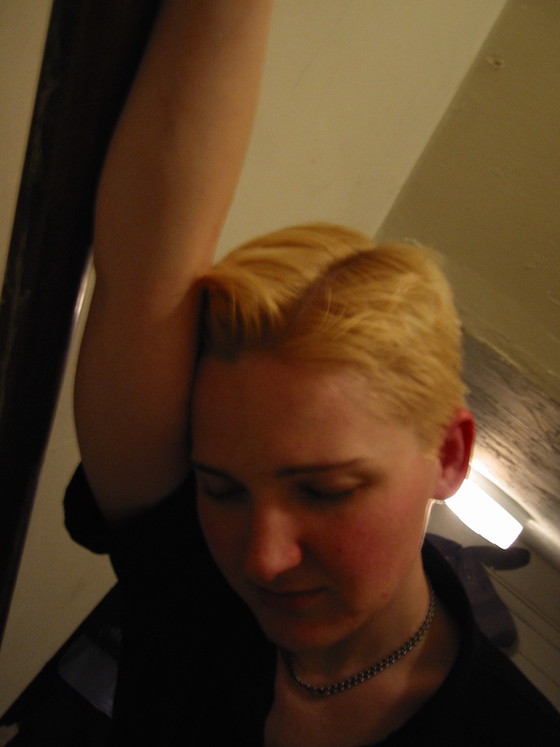 Another Brooke Party shot from the stairway up from her kitchen, since kitchens are were all respectable parties end up. 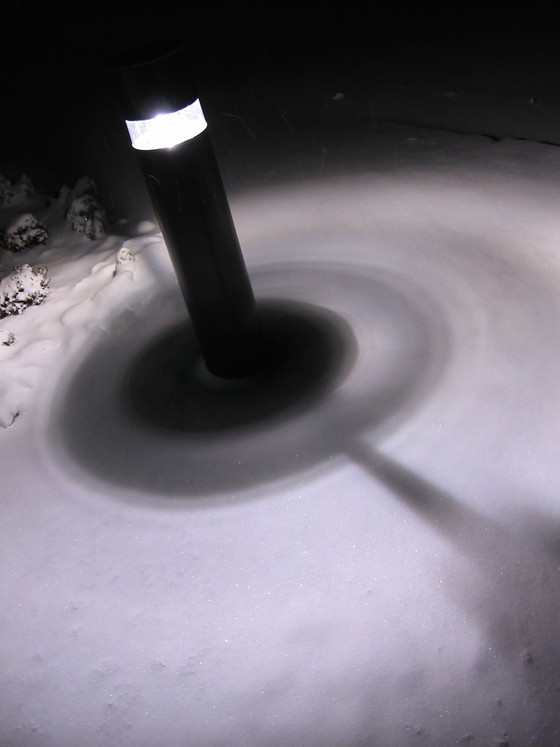 A walkway light in the snow, in Burlington, outside of the offices of Gale. 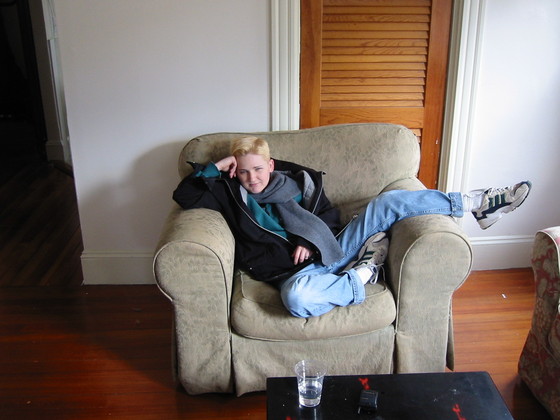 2001 was the first year I renewed a lease on an apartment, but Mo and I bought a house this year. Househunting was more a project of her and her mom with me supporting them from the edges; probably a harbinger, in retrospect. Anyway, Mo in a this mighty chair she had brought into the relationship, on moving day. 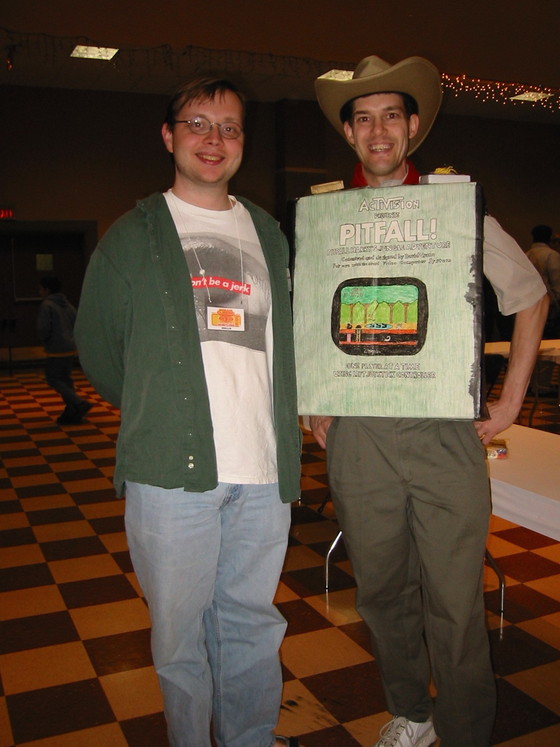 I went to Philly Classic, a classic/retro video games convention. Here is a man in a homebrew Atari 2600 Pitfall Cartridge costume. 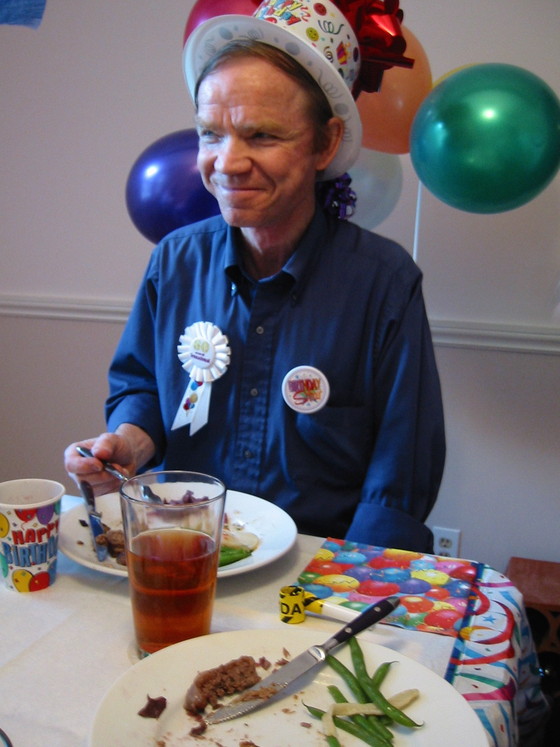 My Father-in-Law's birthday, in the dining room of the new house. 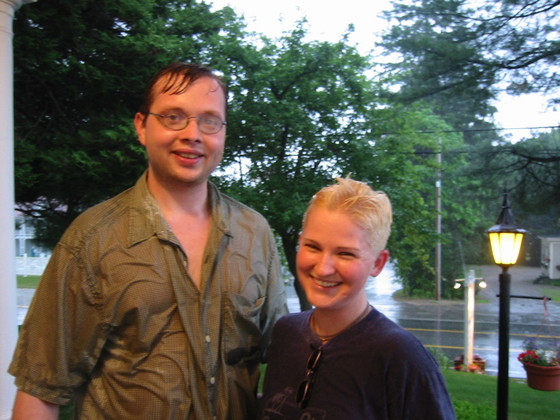 A one-year-anniversary trip to Ogunquit. 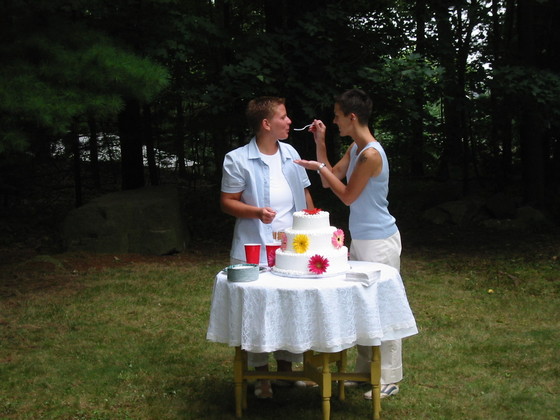 Our friends Lee and Michelle got married. 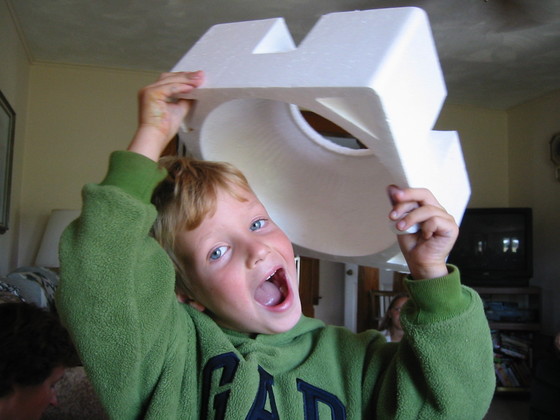 Cousin at a family reunion. 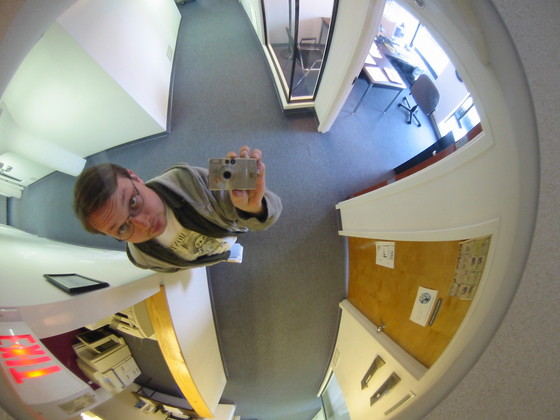 At this point I'm working in Salem (the dot com crash was the roughest patch for me job-wise, but wasn't too awful.) You get a nice view of the Canon PowerShot I was using then. 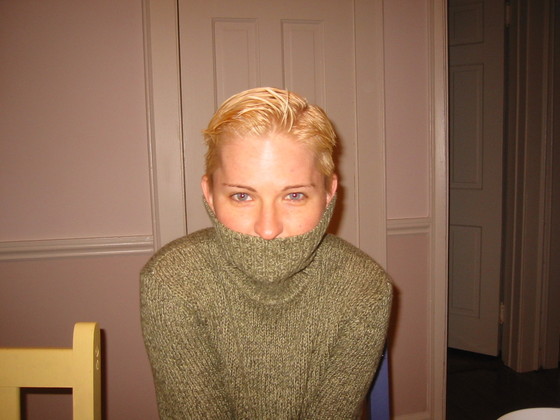 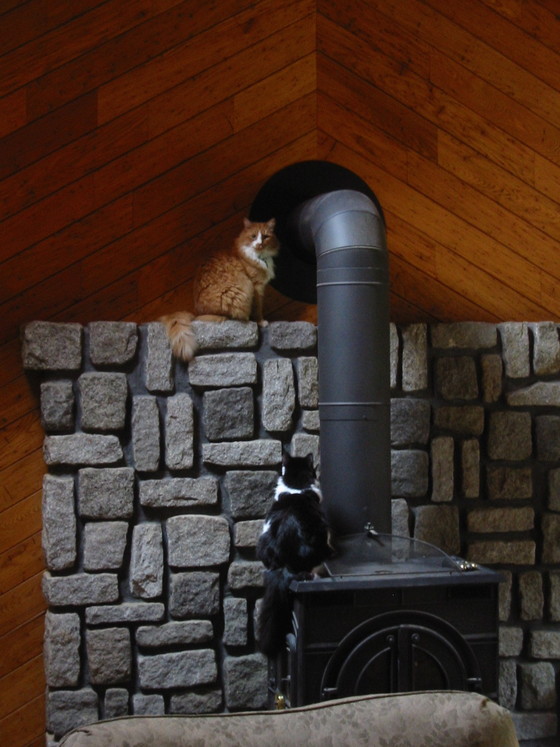 The year before we had adopted Denali as company for Murphy. This was one end of the "great room" in our new house, probably the house's single best feature. 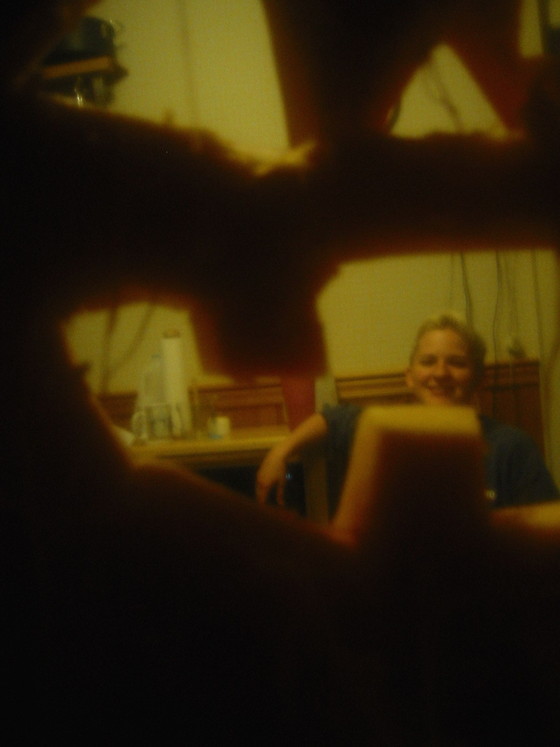 View from inside a Jack-O-Lantern

Don't get mad if you parents ask 'simple tech questions' because they taught you how to use a spoon.