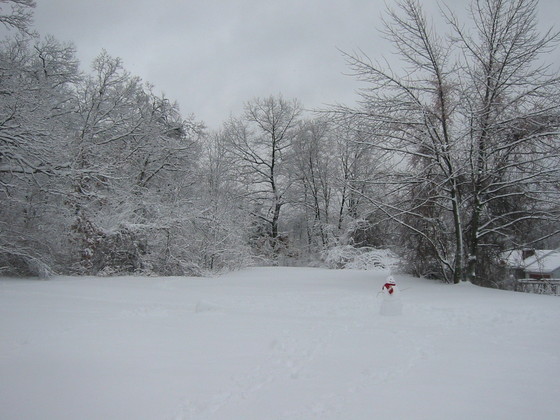 There was a little park and playground right across from our house in Waltham. 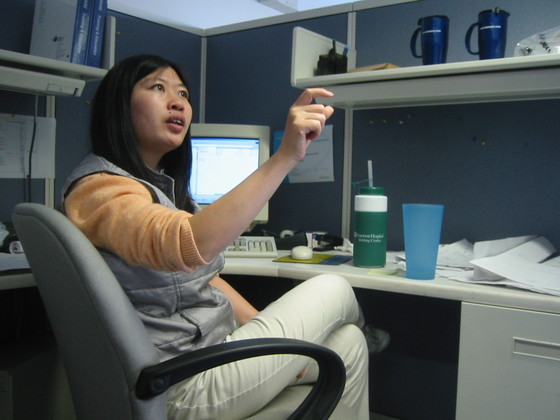 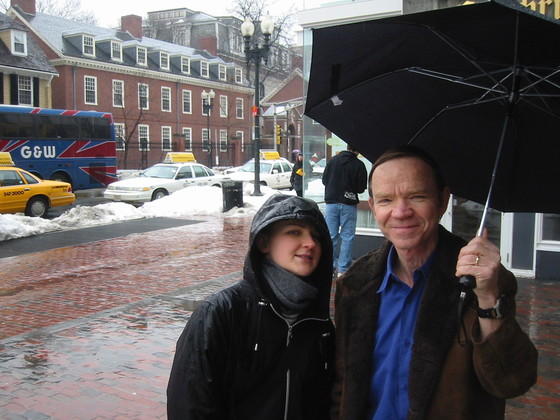 Mo and her dad. Folder information suggests this is around her brother Dan's thesis concert. 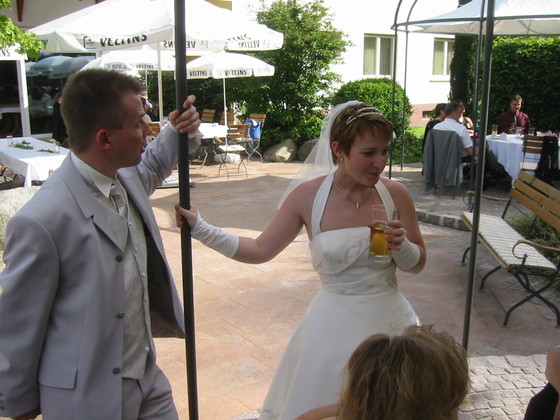 We travelled to Europe that spring, in part to attend Veronika and Volker's wedding in Germany. The German guests thought I was being charmingly euphemistic when I told them Veronika and I "dated" in high school. Also I learned, don't try and keep up with German guests when there's free red wine being poured. 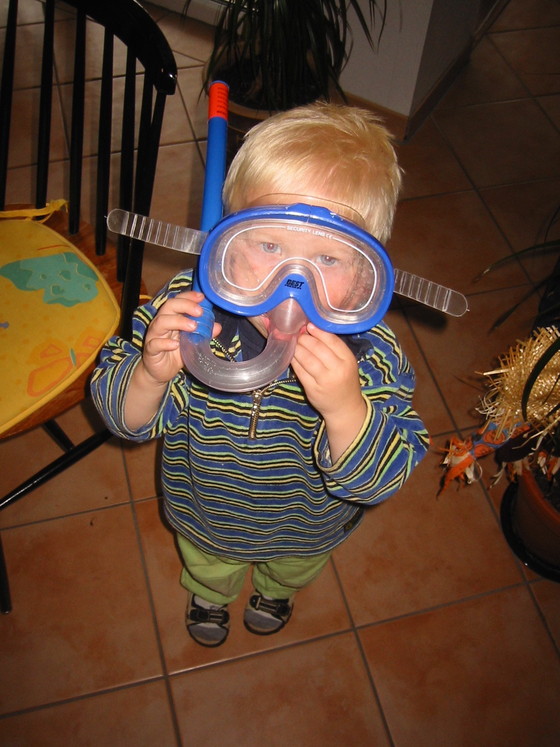 The kid of one of V+V's friends. I learned two things playing Pictionary (in English) with Germans: one, the German's view of Aladdin's Lamp is more upright, like a vase. Two, in English (or at least the UK flavor?) technically, a frown is an expression of the brows, not of the mouth. 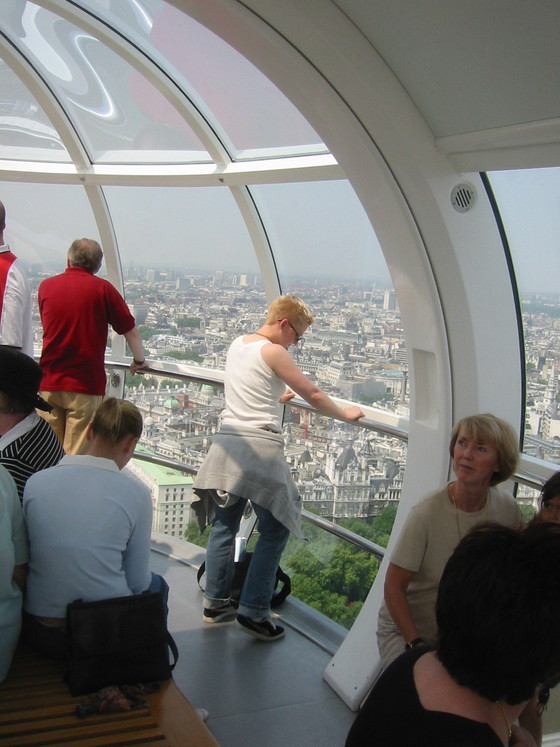 We visited my mom who was working in London those years. I've always liked this shot of Mo on the London Eye, Europe's tallest ferris wheel. 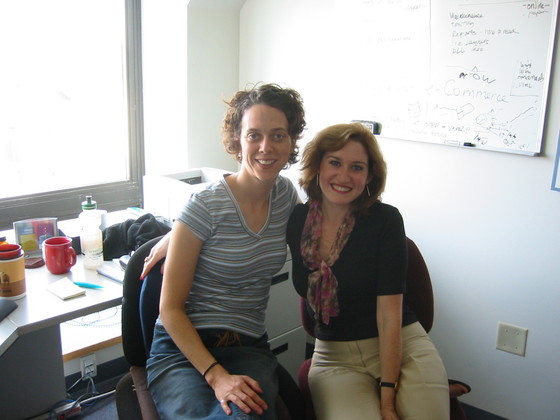 Jane and Julia. Sometimes Jane and I felt like the only liberals at that place, it was a bit square. 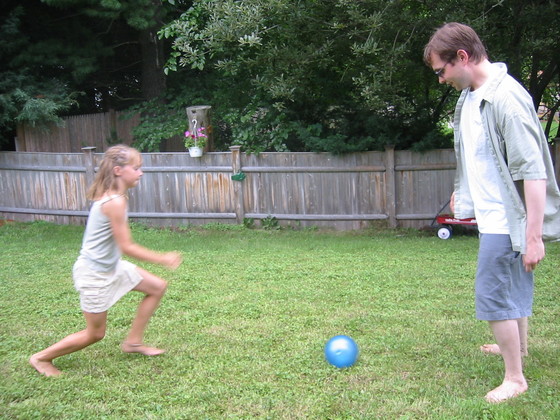 The family reunion was in Belmont that year, here's a little soccer action. 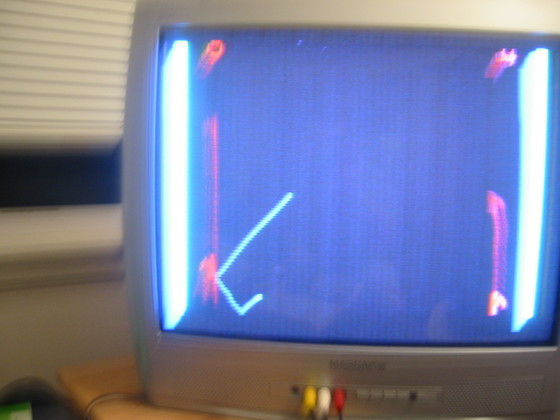 An in-progress shot of my project for that year, JoustPong for the Atari 2600. I don't want to mix up cause and effect, but sometimes I wonder about if I had put as much focus on Mo's project of getting a house as I had on my own technical endeavor. 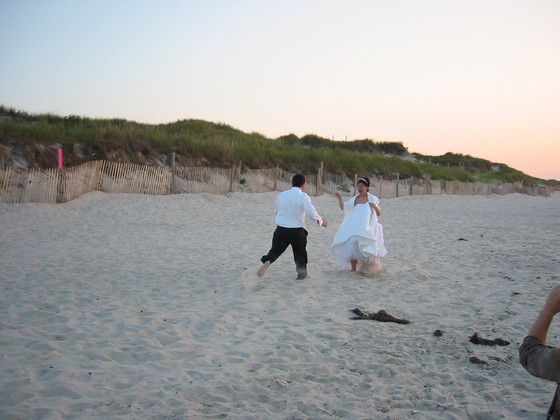 I do enjoy this shot from EB's wedding. 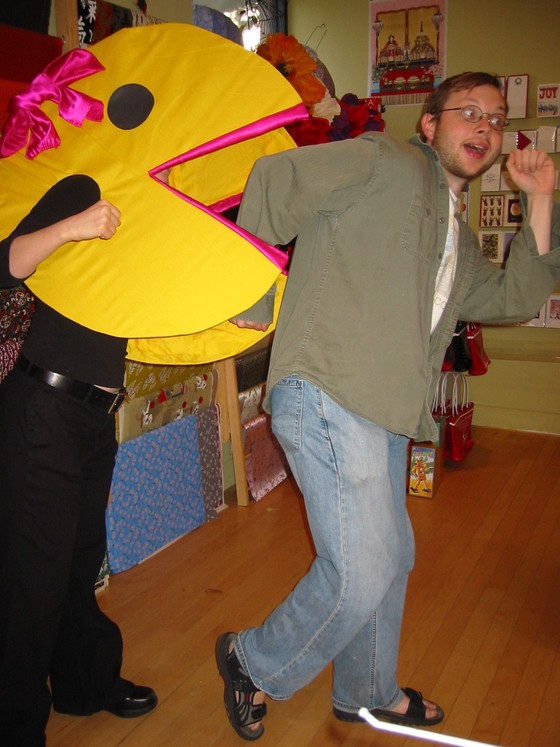 Halloween Pac-Danger, at the "Paper Source" near Porter. 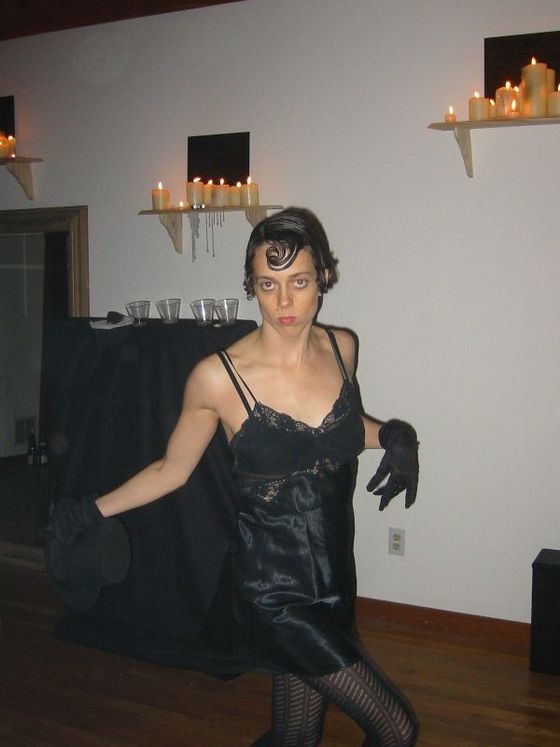 Flapper Jane dancing at a masquerade ball Mo and I threw. Sometimes that feels like the last hurrah for me and her and that place and that time; she had realized her interests lay elsewhere. 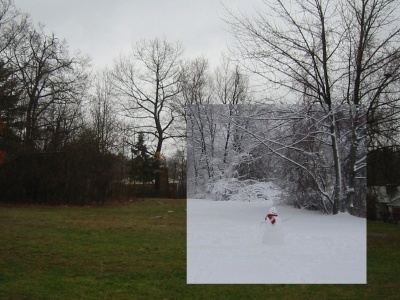 BONUS: A few months later I made this composite shot of the park, and called it "Ghost of a Snowman"
Clay Shirky speaks to why I'm so appalled about Trump.