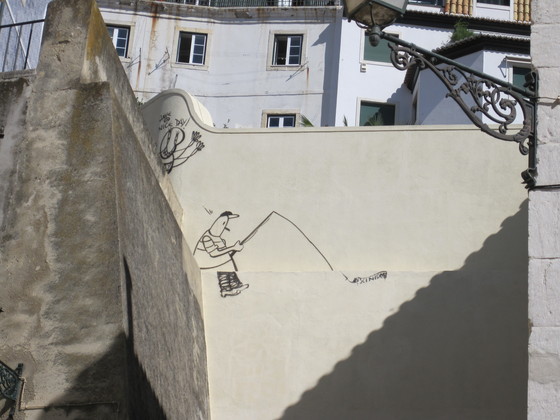 Lisbon has a vibrant street art / graffiti scene. Less colorful than some pieces, I like how this one was integrated with its canvas. 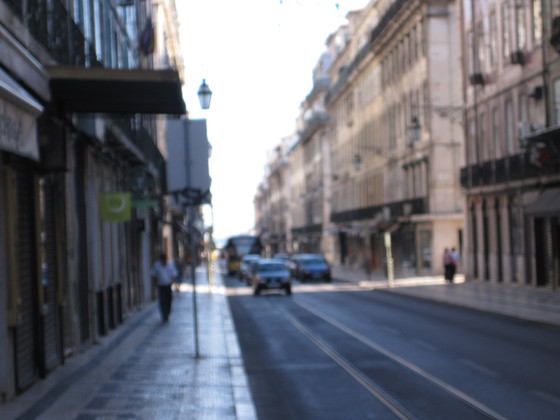 I'm not sure the soft focus was deliberate, but I like it. 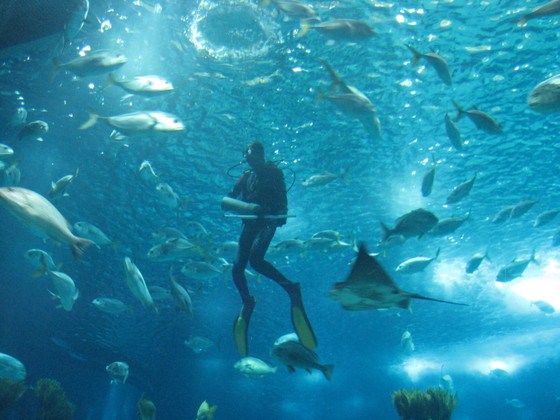 Another shot of feeding time at the Oceanarium. 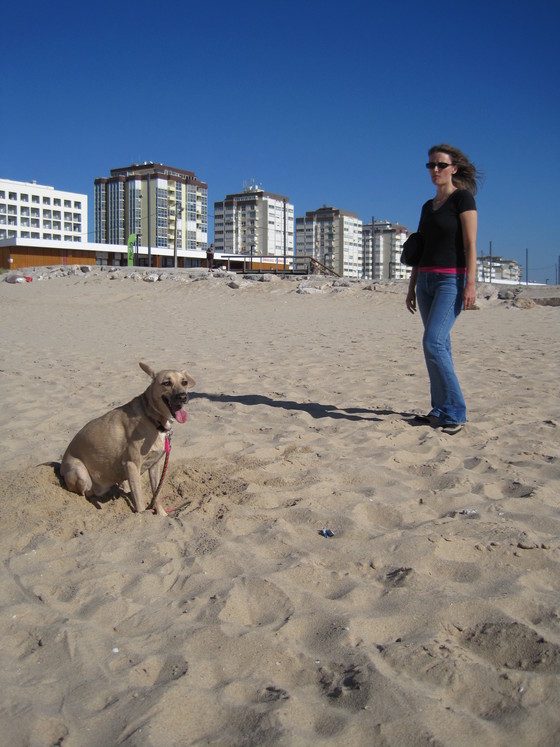 Jonny was so kind to host me! Here she is one the beach with her loved and lamented Papoila. 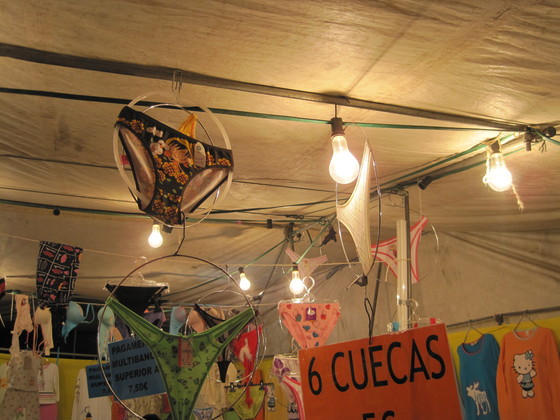 At a street fair, I was amused by the knickers-as-dream-catchers display. 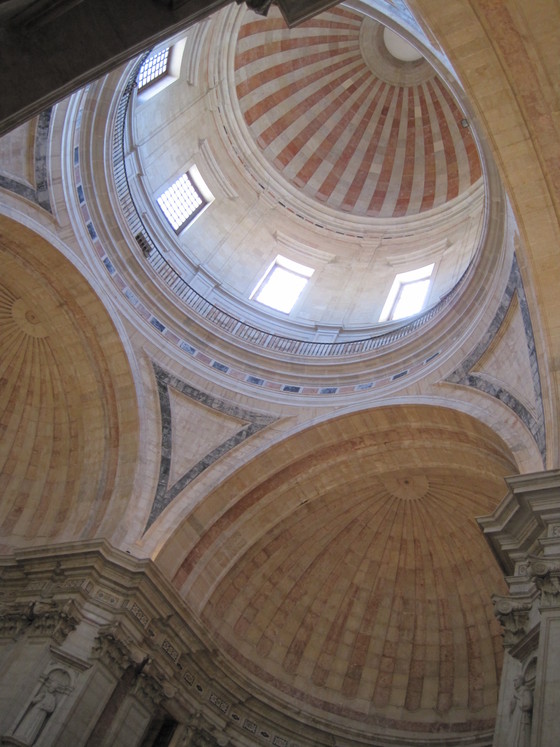 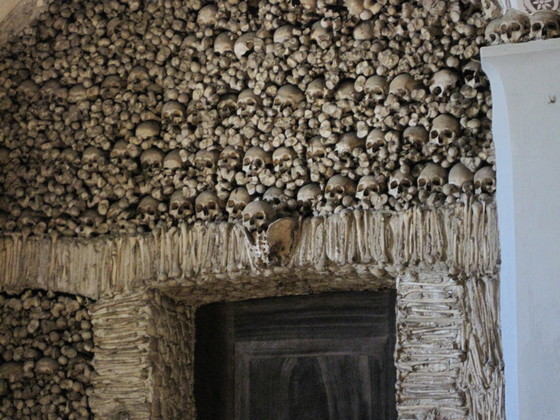 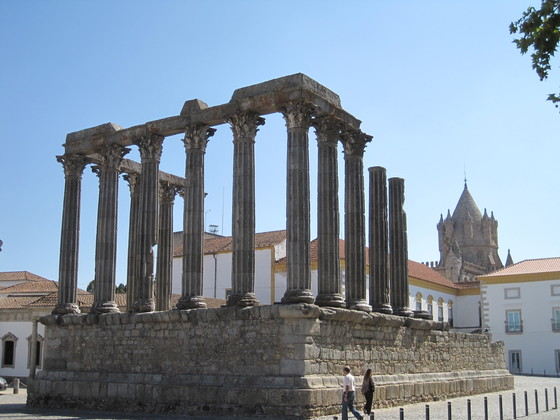 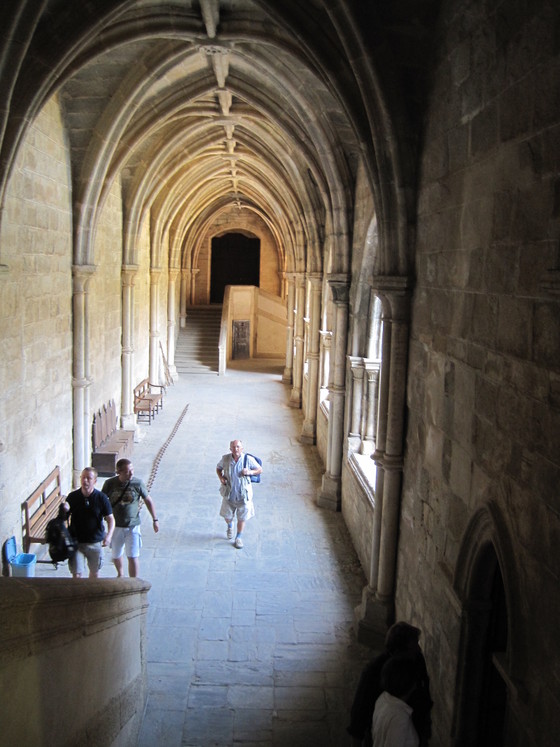 The Cathedral of Évora 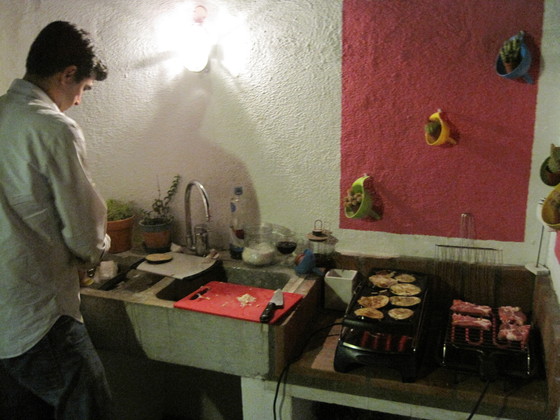 Halfway through the trip, I shifted over to hang out with my old AFS brother Marcos. I was really impressed with his adeptness at throwing together a simple and wonderful grilled meat and vegetables combo. 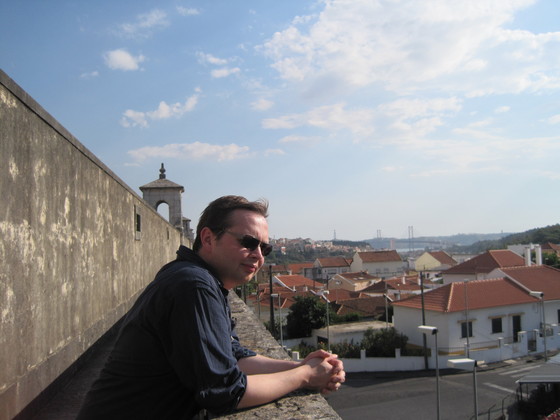 On top of an Aqueduct. 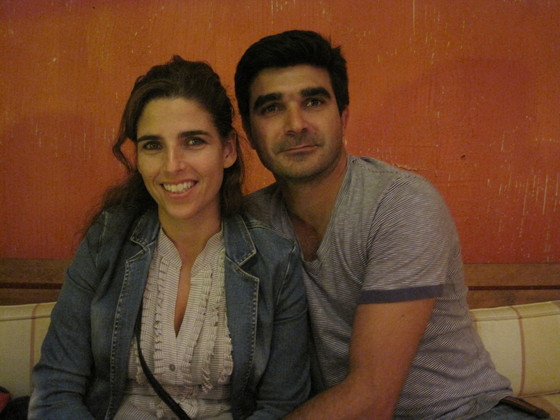 
Highlights for July were a trip down to Ocean Grove New Jersey, Porchfest, a nice ladybug on the 16th, and lots of band as always... on the 17th, actually, after a pipeline rally, my tuba and I did a bit of background bass for a freestyle rap thing that I guess is a weekly event at Downtown Crossing Station.

The End Of The World

Quite unexpectedly, as Vasserot
The armless ambidextrian was lighting
A match between his great and second toe,
And Ralph the lion was engaged in biting
The neck of Madame Sossman while the drum
Pointed, and Teeny was about to cough
In waltz-time swinging Jocko by the thumb
Quite unexpectedly to top blew off: 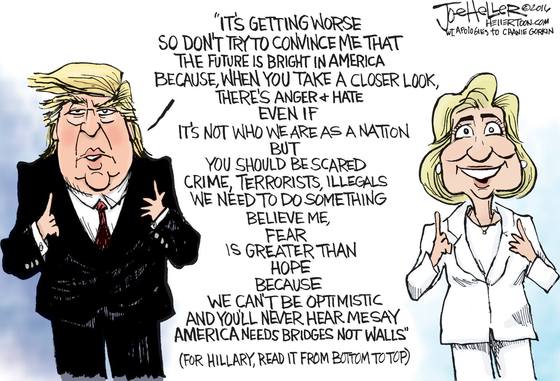 I just finished Sam Harris' "Letter to a Christian Nation". It's a brief book but in a stridently and generally not too sympathetic tone... some quotes:

The same Gallup poll revealed that 53 percent of Americans are actually creationists. This means that despite a full century of scientific insights attesting to the antiquity of life and the greater antiquity of the earth, more than half of our neighbors believe that the entire cosmos was created six thousand years ago. This is, incidentally, about a thousand years after the Sumerians invented glue.

Imagine the consequences if any significant component of the U.S. government actually believed that the world was about to end and that its ending would be glorious.

The problem with such [atheist tyrants e.g. Adolf Hitler, Joseph Stalin, Mao Zedong, Pol Pot, and Kim Il Sung] is not that they reject the dogma of religion, but that they embrace other life-destroying myths.

If current trends continue, France will be a majority-Muslim country in twenty-five years-- and that is if immigration were to stop tomorrow.

Most of the arguments he made I'd heard before... again, his tone was a little angrier and strident than I like, though I thought his points were well argued. One point he made I hadn't thought of, or heard elsewhere: "But let us assume, for the moment, that every three-day-old human embryo has a soul worthy of our moral concern. Embryos at this stage occasionally split, becoming separate people (identical twins)." He's stating it in terms of stem-cell research, but I think the argument also has implications for Pro-Choice/Pro-Life arguing, at least the form of it- if it's not a strawman - that says there's an immortal soul created at the moment of conception. If so, what happens with twins? Of course this argument fades away if you have a less supernatural conception of soul (though the hope for immortality usually goes with that) - I think even for people who believe it's an issue for women and maybe their doctors, there's a natural preference that abortion be "safe, legal, and rare"... the potential for personhood is worthy of some consideration, but I don't think too much, lest we go slip into the catholic view where every form of birth control is suspect... we're certainly under no obligation to make sure as many potential people become actual people as possible... in fact, to some extent the opposite.