ramble
My friend Rayna Jhaveri asks deep questions on Facebook, tying in with her general interest in people as well as her consulting/coaches for the coaches gig. My dialog with her in response to "what were you like as a child" ("insufferable" was my first concise answer) let do this 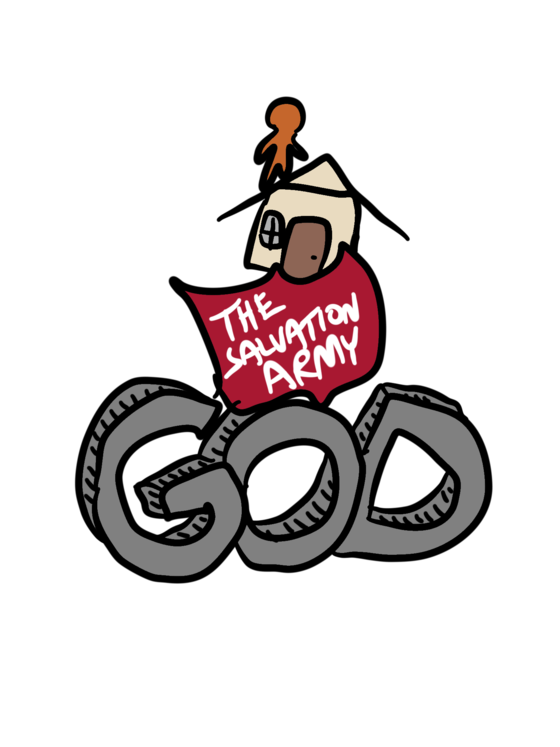 I did this illustration for this blog entry - - basically, having parents who worked for a church - whose housing was provided by and whose city of residence was select by a church - gave me a pretty direct connection of authority, God > Church > Parents > Me.

I'm not sure who or what exactly informed my childhood views on the difficulty of getting into heaven. My parents were hardly fire and brimstone preachers, and certainly a lot of my peers seemed more relaxed, the "just accept Jesus into your heart and you'll be fine" view.

Hmmm. The Salvation Army, as a church, was designed around the "one time big repentance", you know? A street church, where people who were broken by demon rum or generally consumed by devilish things could have a moment of epiphany and repentance and then build from there. When I was in it, it was a bit more sedate (the "open air" street preaching was a bit pro-forma) but there was still regular altar calls - most meetings ended with an invitation to come to the altar and get right with God. Maybe it was that sense of repetition, and the suspected backsliding it implied, that worried me. It might be more or less ok to get knocked down, righteousness wise, but what if you fail to get back up? Or you die suddenly before the natural rebound occurs. ETERNAL HELL!

My claim that I wasn't interested in the approval of my folks per se, but rather them as manifest spokespeople for God (being both my parents AND my ministers) is a bit challenged by the decade or so after I lost faith (again, triggered by noticing that my faith's truth claimed to be Absolute and Universal, yet many people believed many other things, presumably making the same claim) - I was petrified of talking about it with my Mom, or her finding out. So that MIGHT be a need for parental approval for its own sake, but it could also be that "disappointing your parents is objectively bad"- or even a hubristic fear that my reasoning on faith - that these religions can't ALL be right - would be damaging to her own.

As I get older I'm starting to let go of the guilty urge to build permanent habits. Like, a while ago I decided I would start jumping rope every day. I did it for like three weeks and felt good about it. Then I got bored, because of course I did, because I'm a human person. So now I do a bit of kickboxing because that's what I like now. The other week I cut all sugar from my diet, just for a week, to challenge myself. Now I'm back to eating sweets but I don't crave them as much.

Growth is about stretching, trying new things, and setting small, realistic goals for yourself, not picking a "good habit" you've decided you *will* be doing always and forever from now on. That's not discipline. That's pointless self-torture and unhealthy resistance to change.