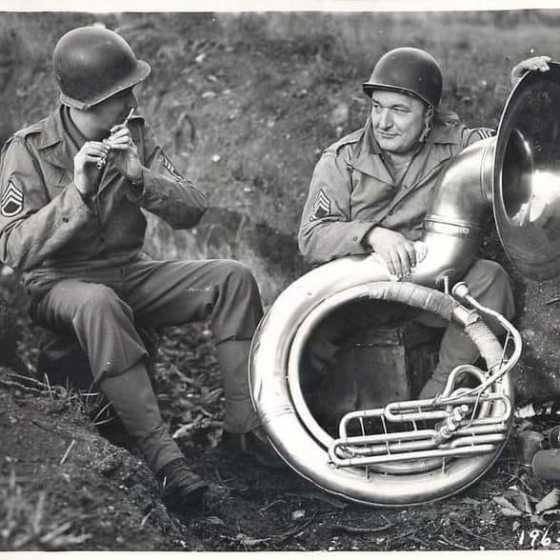 In June 1943, The United States Army Band was ordered overseas to provide musical support; first in North Africa and then in battle-weary Europe, not returning to U.S. soil until June 1945.

Here you can see John L. Latwas (tuba) and Henry Weichler (piccolo) sitting in a slit trench. When The U.S. Army Band was shipped out for deployment in WWII, there were ten Soldiers who were in the original 1922 formation of the band, all of whom were WWI veterans (including Latwas).