(5 comments)
February 27, 2006
That same hotel window also had a view of this lovely building...my last day I went up to it and saw it was the Embassy of Indonesia. 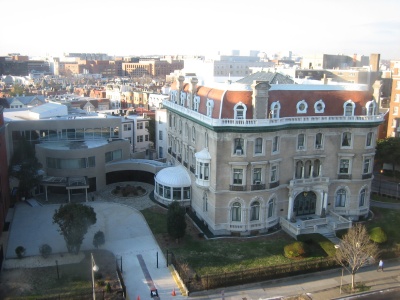 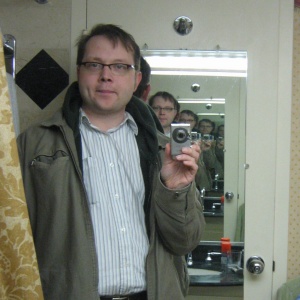 And then I had a little fun with the bathroom's big mirror and the mirror on the back of the door. Not the most original thing, but hey.

The hotel was actually at a place called Embassy Row. A hall window had a view of one embassy courtyard...I looked up the flag, turned out it was Colombia. Why, it was like I was in the sniper's location for some terrible 80s movie.

Aside of the Moment
Random thoughts I've had, doing a bit more airplane travel lately: