Rob at work was explaining how his brother got to talk with Peter Fonda when the brother was going to film school in Montana. Says it went pretty well 'til he pitched his idea, a sequel to Easy Rider... something about some scientist managing to preserve Peter Fonda and Dennis Hopper in ice or stone or something, then they get revived, and they have to go hang around with a bunch of gen-xers.

Rob also says his idea of spreading cheese from those litle cracker packs onto Pringles (both among the free snacks cupboard at work) was a bad idea.
--Kirk
(2 comments)
May 25, 2006
Yesterday my coworker let loose with a mighty sneeze, one on par with my own. Some of the other coworkers commented, and I mentioned that a "sneeze like that is nothing to sneeze at." Not my finest humor moment, but hey.

So what is something to sneeze at? One coworker suggest pepper, or pollen, but I don't think causing a sneeze is the same as being sneezed at, despite the likely proximity.

All lame jokes aside, it is an odd expression. I guess sneezing could be construed as a sign of insufficient respect, but hey... when you gotta sneeze, you gotta sneeze.

E-mail excerpt of the Moment
(After some talk about yesterday's diet-related kisraeling, and how even though Zippos are great fidgits I really shouldn't even joke about taking up smoking as a diet aid.)

>>>>Sometimes I find myself wishing
>>>>that I had a tapeworm or something though :-)

No, really, take a look! 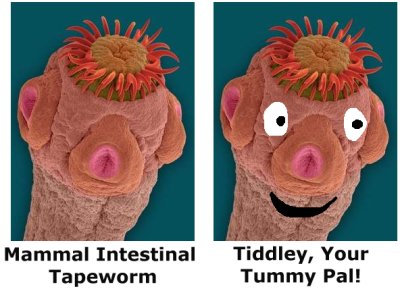 --Me and FoSO. Of course, there is nothing new under the sun, and every good idea you have is probably already done somewhere on the Internet.

Personal News of the Moment
Just got the news from my boss...
FOUR DAY WEEKEND!

Sure I'm just going to waste it, but still.... FOUR DAY WEEKEND!