When people want to do things 'by the book,' they never choose a fun book, like 'Hop on Pop' or 'The Kama Sutra'

If shit is never hit fan you are not get enough shit done.

Every of MVC web application can able be reduce to 150 line Perl script.

Wow, on OSX Terminal you can type "say X Y Z" and the speech synth kicks in. Easter egg or does everyone know about that? Embroidered Dog Animation--Front and Back by Aubrey Longley-Cook:

It's Groundhogs Day. Again. Either I am losing my mind, or my aunt's new laptop just ate a printer driver CD, causing it to vanish without a trace. (It will still accept a new CD, and shining a flashlight into the open slot reveals nothing.) I am not exaggerating when I saw it is causing me to challenge some of my assumptions about the laws of time, space, and physical objects. It's like a magic trick I pulled on myself somehow, and hell if I know how I did it. (Maybe I should try pulling it out from my aunt's ear, or something.)

Amazing and Melancholy Covers Sexy Katamari -- songs from the video game. Novelty: Misc
New Saucony sneakers to help me and my flat as hell feet pound across the frozen tundra this Superbowl morning.
Apparently some people are living my dream, the one where I'm kind of soaring and flying: 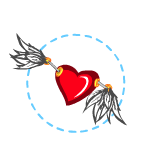 As an ex-Clevelander I have very ambivalent feelings about the Ravens. But my rules is, if I don't have a dog in the fight, root for the team in a city that seems less pleasant to live in. So, yay Baltimore Ravens!

Plans are worthless, but planning is everything.

The heart wants what it wants. Unless the loins have a say in the matter.

(1 comment)
February 6, 2013
Today is my last day at Alleyoop. I'm leaving a terrific, smart, fun and productive group of folks and their epic quest to give teens what they need to enter and prosper in college, and that bums me out, because while I've had many jobs over my career (kind of par for this course) there haven't been many that I've liked so much that I've left voluntarily.

Still, great things are awaiting me as the UI point person for Cafe X, the R+D striketeam of ThruPoint. Enterprise-minded high powered in-browser communication. I start Monday! It will be awesome working at the Cambridge Innovation Center at Kendall Square, I'm hoping even more of the MIT-ness will rub off on me. iTunes store's search is unforgiving of typos and shows results without the track time. WHY AM I THE ONLY ONE WHO CARES ABOUT GOOD UI. http://thembtaruinedmylife.com -- I honestly do prefer the redline to driving, but this is one of the better collection of GIF memes out there. http://www.nytimes.com/2013/02/10/magazine/why-can-some-kids-handle-pressure-while-others-fall-apart.html Kids and stress-- interesting to hear about "Warriors vs Worriers" http://kirkdev.blogspot.com/ -- a postmortem of my GGJ team's HTML5 / Processing.js game Heartchers

Occasionally I wonder what a football game would be like if played by Zombies. Would be slower, but oh so much more violent.

Week 4 Day 2 of RunWalkRun. (It will be interesting to see what Saturday holds, road conditions-wise.) At first I thought it was silly to feel bad about the runners who zip by me even in my "running" phase, since I'm sure they've been doing it much longer than I have, but then it made me realize I don't know if I'm feeling much progress. Looking at the run history, I guess the app is upping the pace gradually. From 15 minute miles to 13. Hmm.

I wonder if I should adjust the default 1 min run/ 1 min walk to something like 2 minute run / 1 min walk.

The Milk Of Human Kindness. The Grape-Nuts Of Human Cruelty. The Banana Of Human Sexuality.

Life is an illusion, but when someone kicks you hard in the nuts, man!, is that one powerful illusion.

Glad to see Bad Gods is still around: 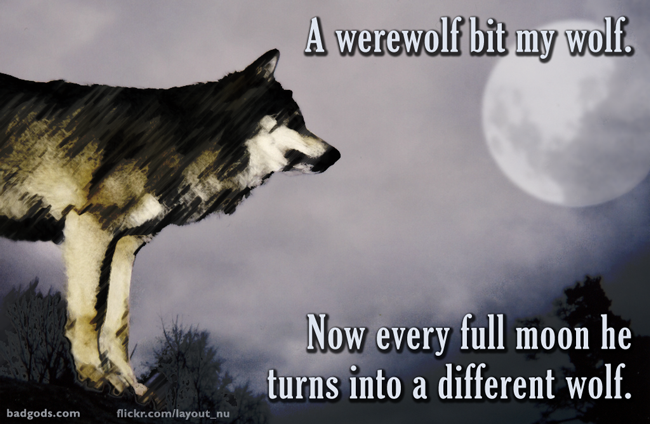 http://www.cracked.com/blog/5-astronauts-more-badass-than-any-action-movie-hero/ - man, astronauts are awesome. Too bad we don't have more of them. Oh, and Arlington is fine, power-wise. from something awful 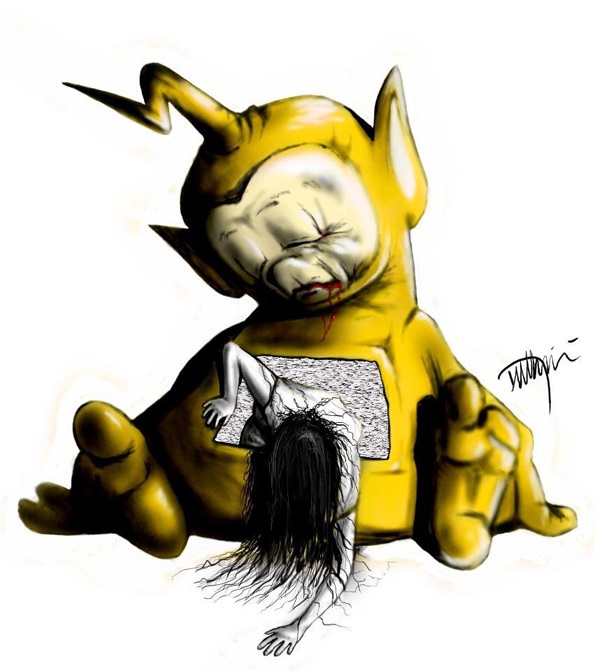 The Nor'Easter from Space Y'know, it's less the drama of the snow event that bugs me, and more learning to accept that we will be living with big honkin' piles of snow for so many months.

Decided to keep up my runwalkrun program-- back to the minuteman bike trail, which might not have been the smartest, given who else was on the unplowed trail:
bikers seen: 0
fellow joggers seen: 1
snowshoers seen: 3
crosscountry skiers seen: 2

To make it more fun, this was a special "long run" day, 57 minutes in all.

Lesson learned: hmm, maybe under such conditions I should switch to roadside running. If I stick to the 1 way streets I'll know which way cars are coming as well.

http://en.wikipedia.org/wiki/Prophecy_of_the_Popes Man. I will go on record saying that IF Peter Turkson is the next pope AND Rome or Jerusalem or maybe Athens get nuked, I will consider converting to Catholicism because that is some freaky stuff. Right now my opinion is that the multiplicity of religions indicates an understanding of something at best poetically true; a reasonably precise prophecy like that would be more supernaturally true.

Tsundoku - bless the Japanese for having a word meaning 'unread books' http://t.co/AYF1fZz1

learning at the state house
Man, I am going to have a rough time working for a company that specializes in video chat if I can't stop making funny faces everytime I'm looking at myself in a chat window. 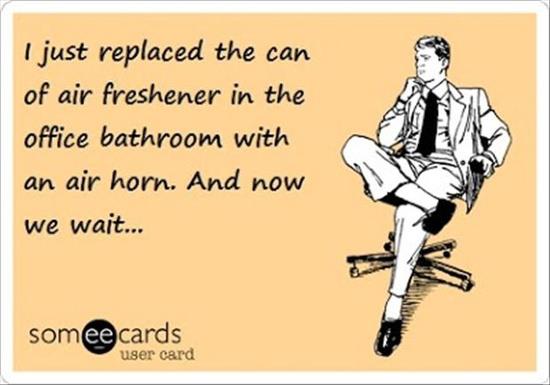 Make peace with the fact t hat some of the best people in your life are fallible, unreasonable, and downright annoying.

Man Ray coming back? That was the only club I knew how to go to!

We have some intern types at work who are bright but REALLY green. One has done some impressive looking Java coding in Eclipse, but said "Command line... yeah... I've heard of those, was thinking I should learn how to use it?"

It's hard for me to conceive not knowing that kind of thing, and so I'm worried about my ability to explain it. "Uhhhh-- it's kind of a chat program, except you're texting with a REALLY stupid robot." http://kirkdev.blogspot.com/ -- on my dev blog, the web gets yet another "getting started with node.js / wow node.js is SO COOL" blog post.

The Bible is a big story made up of little ones, many with no useful messages for humankind other than Be very, very afraid and Never, ever forget to bring a gift.

Week 5 Day 2of RunWalkRun. Last time I realized the app has a pace meter, like from one bar to 7 or 8 or something... and the warm up / cool down is just the program setting that 1. (Also the user always has the option to tweak up or down during a run) And I think the goal of the program means more of the run is set higher on that meter, so I can finally get a feel for how I might be making progress. Still, it's so tough for me to gauge quantitative improvements, and I didn't even make it to the Spy Pond roundabout in 10 minutes, though at some points I had to run on the snow where the bikepath was a slush pool mess.

You want your kids to be tech-savvy and empathetic, which is why I was touched when daughter today said 'I feel so sorry for Bing.'

February 17, 2013
A rather bawdy poem, attributed to Lord Rochester:

In a dark, silent, shady Grove,
Fit for the Delights of Love,
As on Corinna's Breast I panting lay,
My right Hand playing with Et Caetera,

A thousand Words and am'rous Kisses,
Prepar'd us both for more substantial Blisses;
And thus the hasty Moments slip away.
Lost in the Transport of Et Caetera.

She blush'd to see her Innocence betray'd,
And the small Opposition she had made;
Yet hugg'd me close, and, with a Sigh, did say,
Once more, my Dear, once more, Et Caetera.

But Oh! the Power to please this Nymph, was past,
Too violent a Flame can never last;
So we remitted to another Day,
The Prosecution of Et Caetera.

An 'uphill struggle' is bad. But 'going downhill' is also bad. You can't win with hills.

Sometimes I think the biggest difference between Mac and Windows is the stupid ctrl vs cmd keys thing. FWIW, I think Windows has better keyboard support. 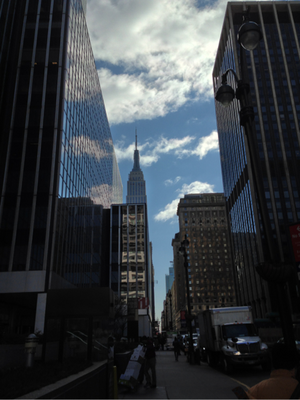 The older you get the less time you spend in hell

A week from tomorrow I'll be as old as my dad was when he died. Trying to figure how to commemorate...

new decal for work laptop
http://kirkdev.blogspot.com/ - on my ui dev blog, a simple node POST echo server, and OSX Protips for my future self. Guess I'm late on this, people are already making "stop it" videos, but I like how Harlem Shake vids are kind of a mix of "be your own animated GIF" and horror films:

via Bill the Splut:
Inbox and Todo List Zero! More or less. With the new job and new social life, I feel like I've been more at risk for catastrophic disorganization as of late.

Illusion is the first of all pleasures.

I don't have any solution but I certainly admire the problem.

Stegosauruses: If those crazy things can have sex, well by god, so can you.

http://kirkdev.blogspot.com/ - on my dev blog: put my thing down, flip it and Reverse Proxy it

This scene has been on my mind a lot as of late.

One of those days.