Louis C.K. quotes. Didn't realize he's from Boston. http://www.aeonmagazine.com/world-views/ross-andersen-human-extinction/ - great piece about the civilization-warping impacts of real AI, and some other big think topics as well. Sometimes I think goofy-sounding 50s scifi was smarter than I realized.

because there's never two of anything. 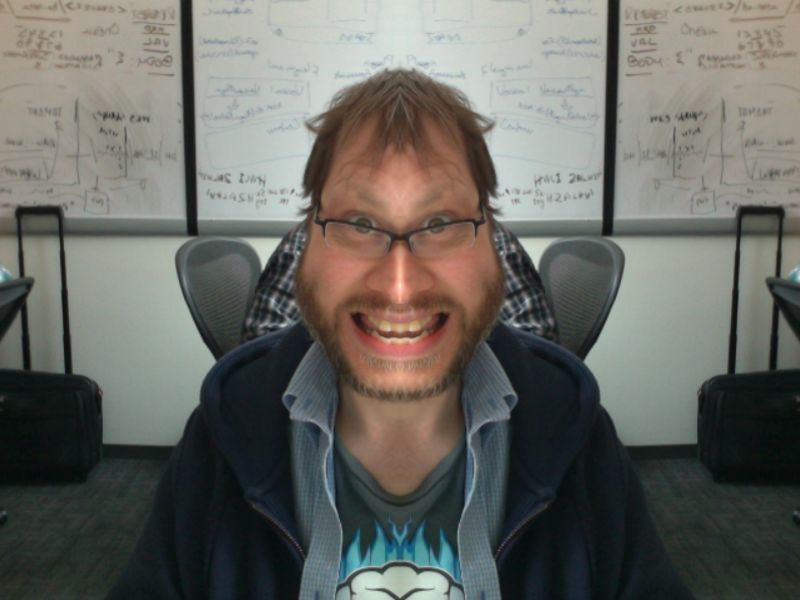 We set out to answer the question, can a videogame make Citizen Kane cry? Our first attempt was the sled-themed kart racer 'Rosebud Rally X-

You're never completely finished with laundry until you're naked.

March 7, 2013
An infographic from this Boston Magazine article puts Tufts' Jumbo as the champion, of all the local mascots duking it out: 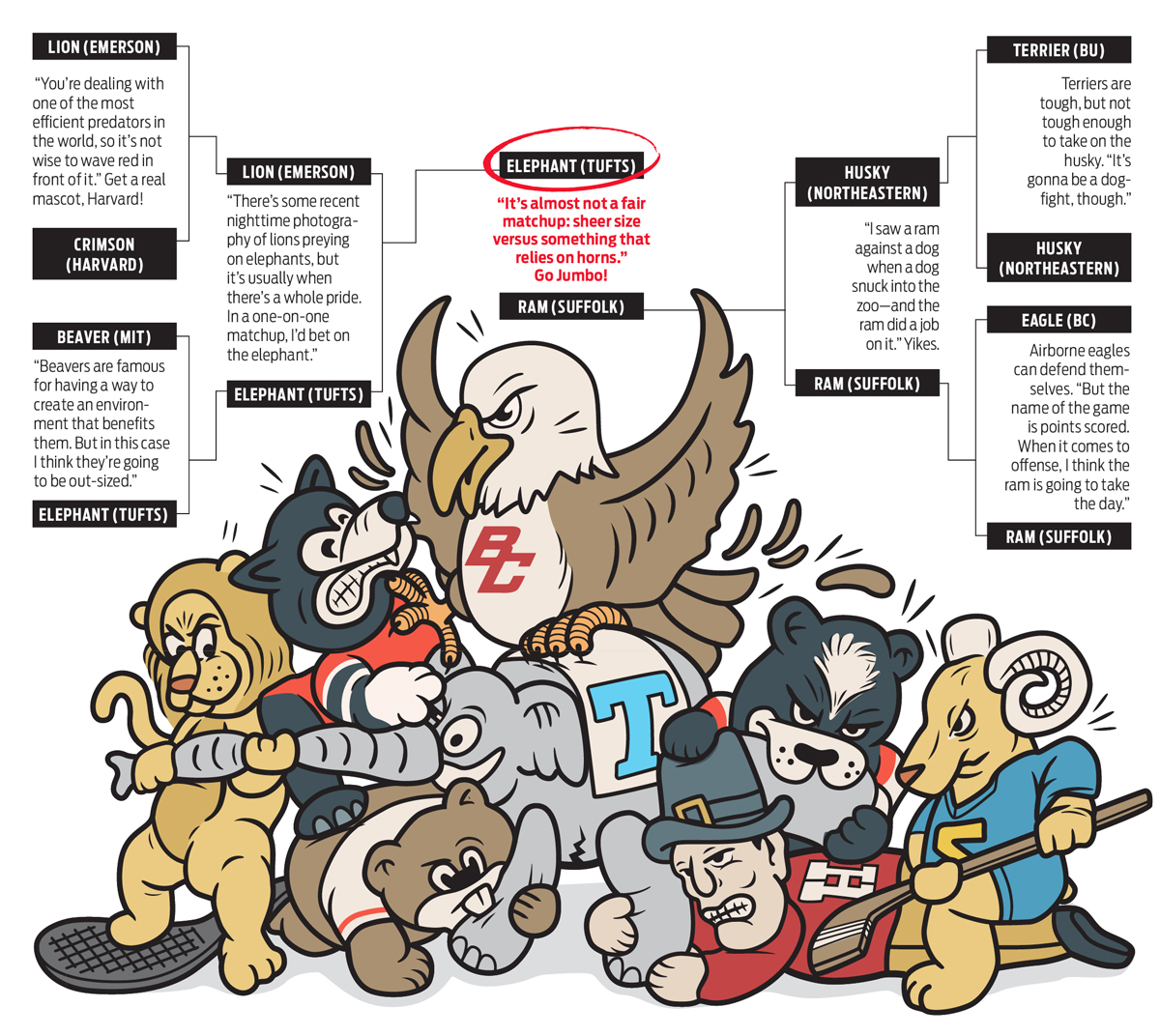 The human voice hydrates even the driest of texts.

http://www.washingtonpost.com/blogs/style-blog/wp/2013/02/08/the-artistry-of-george-w-bush/ --sympathetic view of GWB's painting (you can see the semi-stolen shots at Boingboing http://boingboing.net/2013/03/09/george-w-bush-painter-of-pup.html )

Love me some DST. (Though I almost didn't realize it was going to happen, this morning would have been very confusing.)

On an unrelated note... I had a weird dream the other night, where my romantic interest (I'm not sure who it was in the dream) convinced me to plan to commit suicide. (!) After the dream I woke up just enough to write down what I could remember of my suicide note:


i was here and soon i won't be

i wish i had written more and better game games and toys. i wish love blender and kisrael had been more successful.

no matter. i was here and life was cool to see and now it's ending

i love you
kirk

I'm a little perturbed I didn't mention http://mortals.be/ , because of all the things I do I hope can live on after me, that's it...

I'm banking that "Add a drop shadow" is the designer's equivalent of Portlandia's "Put a Bird on It!"

Nature has left this tincture in the blood, That all men would be tyrants if they could.

There are no happy endings.
Endings are the saddest part,
So just give me a happy middle
And a very happy start.

You think your pain and your heartbreak are unprecedented in the history of the world, but then you read.

Boston folks, Another plug for http://ckmobilebikerepair.com/ -- bailing me out of my saltslush rustwreck of a bike chain, in my own driveway!

"O Mighty King, remember now that only gods stay in eternal watch.
Humans come then go,
that is the way fate decreed on the Tablets of Destiny.
So someday you will depart, but till that distant day Sing, and dance.
Eat your fill of warm cooked food and cool jugs of beer.
Cherish the children your love gave life.
Bathe away life's dirt in warm drawn waters.
Pass the time in joy with your chosen wife.
On the Tablets of Destiny it is decreed
For you to enjoy short pleasures for your short days."

The quote comes to me by way of this Forbes article The First Immortal Does Not Live Among Us Today. It's sad to realize that we aren't as close to earthbound immortality as some think science implies, but I think less sad than living with false hope.

And you know, there are some benefits to not living forever. Besides knowing you're making way for new and different stuff, many of humanities problems are only as much your problem as you choose to make them.

For a slightly melancholy spin on the Gilgamesh quote and the logic of putting the best spin on our existential plight, check out this Saturday Morning Breakfast Cereal comic... 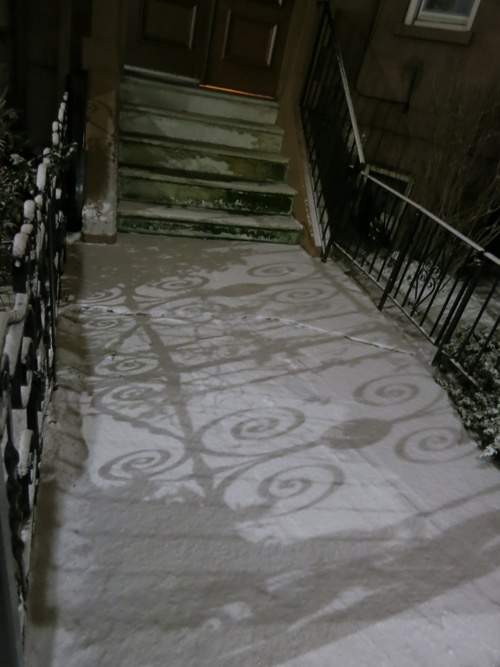 Last night I realized I was conflating
Joss Whedon and J.J. Abrams. Kind of another Sarah Michelle Geller / Sarah Jessica Parker thing. http://instagram.com/p/W2BuMLQLRB/ -- how odd it is when the desire to record a moment totally becomes the moment 7PM and not even dark. I love DST.

lookup
March 15, 2013
Recently I quoted this bit of Harry Potter and the Methods of Rationality at Sharon:

"The import of an act lies not in what that act resembles on the surface, Mr. Potter, but in the states of mind which make that act more or less probable."

Harry blinked. He'd just had the dichotomy between the representativeness heuristic and the Bayesian definition of evidence explained to him by a wizard.

I find it interesting because it's a counterargument to my usual modus operandi of taking everything at face value, because I'd rather not risk making a judgement that was false (and thus have my inner precocious child deal with the tragedy of being R-O-N-G WRONG)

I also like Harry Potter's reaction (in the fanfiction, he has been raised by Oxford Professor types and has a deep and abiding love for the scientific method and the culture that goes with it) to seeing McGonagall turn into a cat for the first time:

"You turned into a cat! A SMALL cat! You violated Conservation of Energy! That's not just an arbitrary rule, it's implied by the form of the quantum Hamiltonian! Rejecting it destroys unitarity and then you get FTL signalling! And cats are COMPLICATED! A human mind can't just visualise a whole cat's anatomy and, and all the cat biochemistry, and what about the neurology? How can you go on thinking using a cat-sized brain?"

Good stuff. Am bummed about the Boston Phoenix. Even though I hardly ever read it. I don't know if that makes me part of the problem. http://marketingland.com/samsung-galaxy-s-iv-36261 Some of the Samsung Galaxy features sound great, and they're trying new app-features in a way Apple hasn't in a while. Still (with the exception of "Air View" that could be a replacement for the "more information on hover" that most touch devices lack) the other Touchless Features (pause a video by looking away? Wave a hand to change music?) make me thinking of this prescient bit from Douglas Adams in Hitchhiker's Guide to the Galaxy:


A loud clatter of gunk music flooded through the Heart of Gold cabin as Zaphod searched the sub-etha radio wavebands for news of himself. The machine was rather difficult to operate. For years radios had been operated by means of pressing buttons and turning dials; then as the technology became more sophisticated the controls were made touch-sensitive - you merely had to brush the panels with your fingers; now all you had to do was wave your hand in the general direction of the components and hope. It saved a lot of muscular expenditure of course, but meant that you had to sit infuriatingly still if you wanted to keep listening to the same programme.

I just noticed 'Portland' is trending on Twitter. I'm switching to Somerville, MA.

The secret of life is enjoying the passage of time.

Black holes happen when reality has an overflow error: you put too much stuff in one place, and it breaks both the stuff and the place with gravity.

I like that as an extension of the "Blackholes are where God is dividing by zero" idea. http://www.cracked.com/article_20313_the-6-most-baffling-science-experiments-ever-funded.html - the second one (#5) kind of weirds me out, where Chicken express the same preferences for faces that College Students do with a .98 correlation. That suggests that big parts of beauty are objective, or at least cross-species.

time is a son of a bitch

March 18, 2013
https://www.youtube.com/watch?v=dX_1B0w7Hzc I just realized that the Epic Rap Battle has more set my mental image of Obama than all the bits of footage and state of the unions combined.

"In keeping with Schrute custom, I will either invite you to Saturday's funeral by sprinkling red, fertile dirt in your face. Or, I will ask you to keep a respectful distance during my time of grief, with a dusting of black, slightly acidic soil"
[...]
"I get red dirt. Nobody is getting red dirt. I should have kept my mouth shut. We're not even that close! I've only know Dwight, twelve years--
--Twelve years... time is a son of a bitch. "

He then pointed out with a little work it could be a pretty good hook.

I suppose it's time to go, though I would rather stay.

The best thing about the Earth is if you poke holes in it oil and gas come out.

I love the UK English expression "having a bit of a lie-in" almost as much as I like having one. (just don't confuse it with "sleeping in")

Worry less about the world ending and more about making it worth saving.

Do hardcore Harvard sports fans claim that they "Bleed Crimson"?

For every yes there must be a no. Decisions are so expensive. They cost you everything else.

Anyone else you there have the most recent xkcd open in some out of the way window, just letting it run?

DREAM: (WARNING, PG-13) I was naked in some kind of dorm building, running around with friends. I ask one of the guys:
"Can I borrow a towel?"
"Ok, but I'm going to plead the fifth if anybody asks me how you got it."
"The fifth amendment... is that the one where it doesn't count as cheating if you're not in the same zip code? Or is that the one where they explained to us where the clitoris was?"

photos
outside paxeast
Apple AirPlay is kind of amazing. Letting people be a dj and "throw" their music to a shared device, no setup being on the same wifi - brilliant. Gives Apple TV an edge over Roku, I think.

Slate on mimimalism Interesting point... minimalism a luxury item for people who can afford to keep their stockpiles at retail stores.

'All-Purpose' flour shouldn't be able to call itself that. Terrible as a bodywash.

(1 comment)
March 30, 2013
So here is the winning result from the Alien Bill Productions logo project I sponsored. 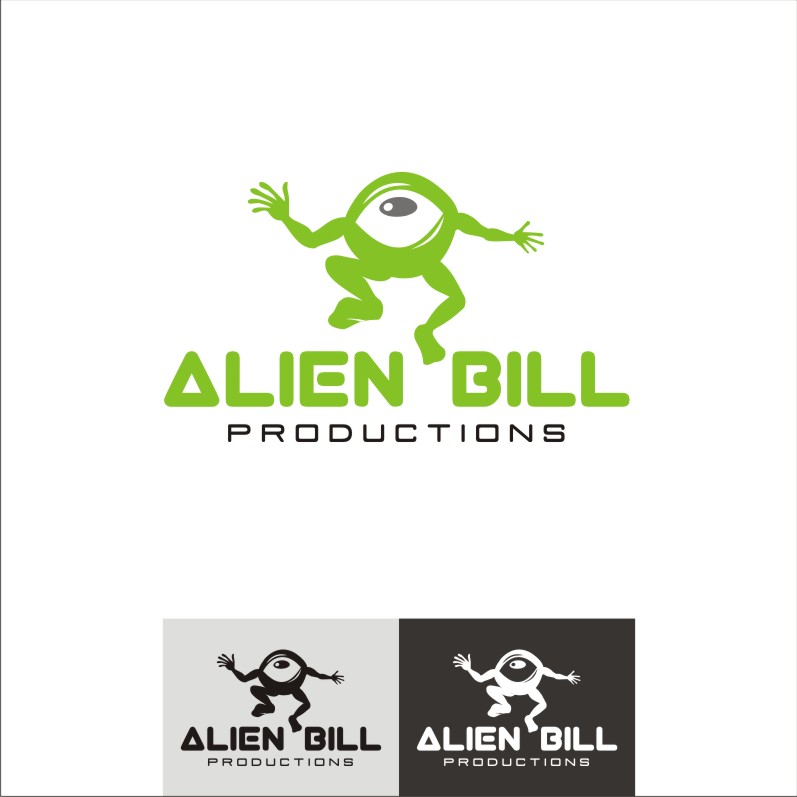 On my devblog (which has been getting a lot more writing from than this place, lately, and oddly) I talk about the process, the other great entries, and the ethical issues. Saying goodbye to 38-year-old-Kirk, forever.