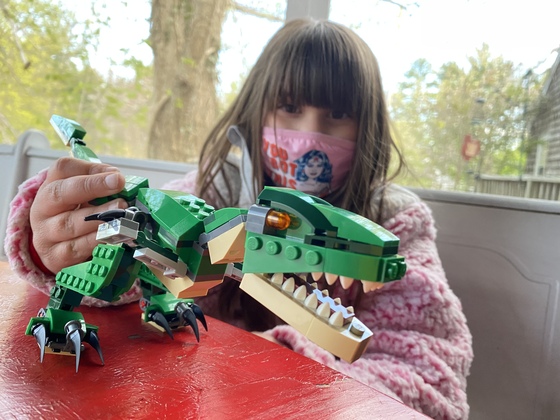 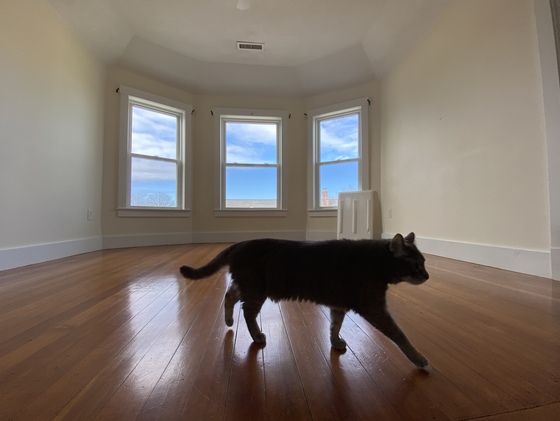 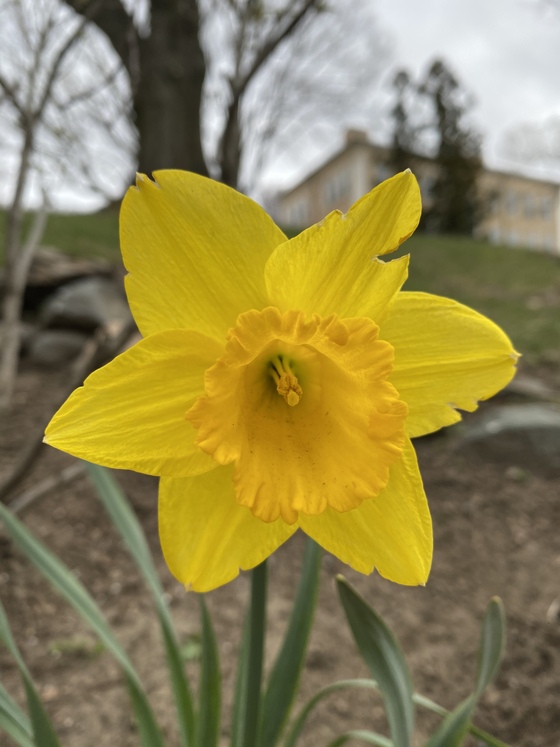 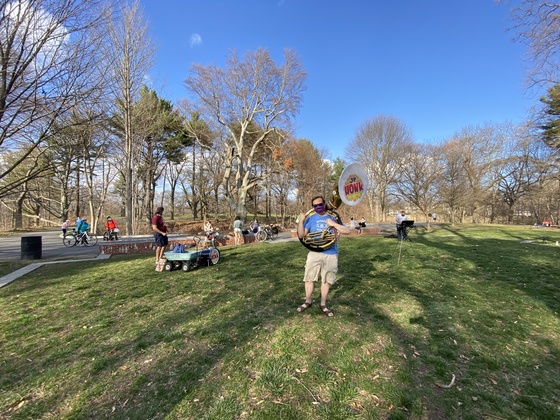 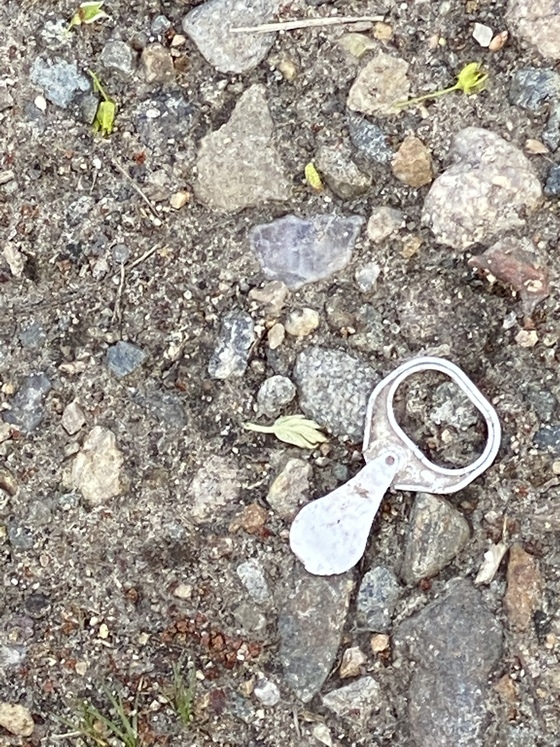 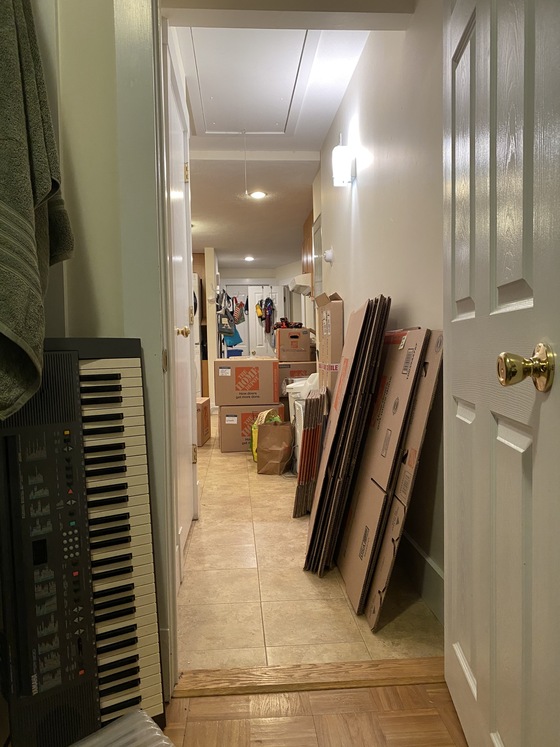 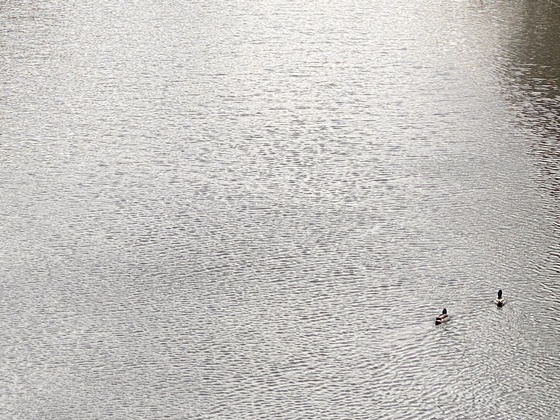 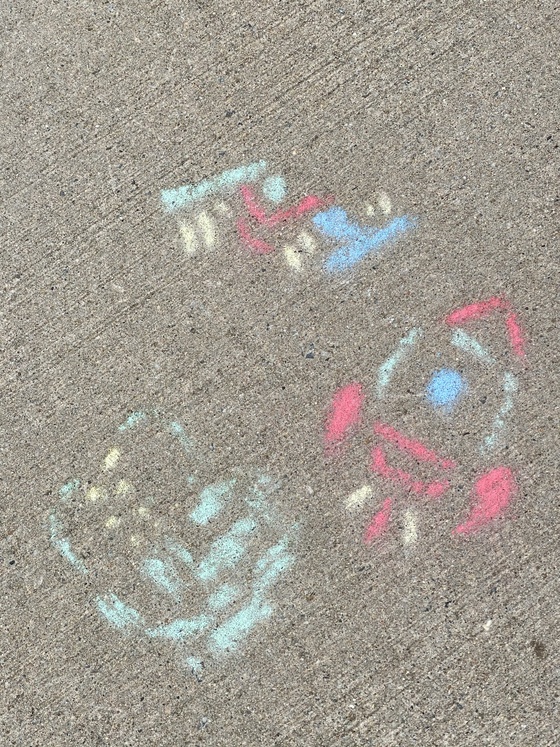 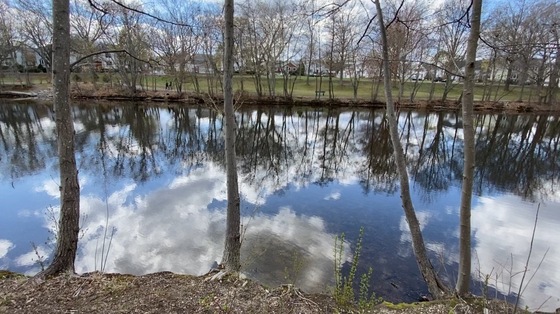 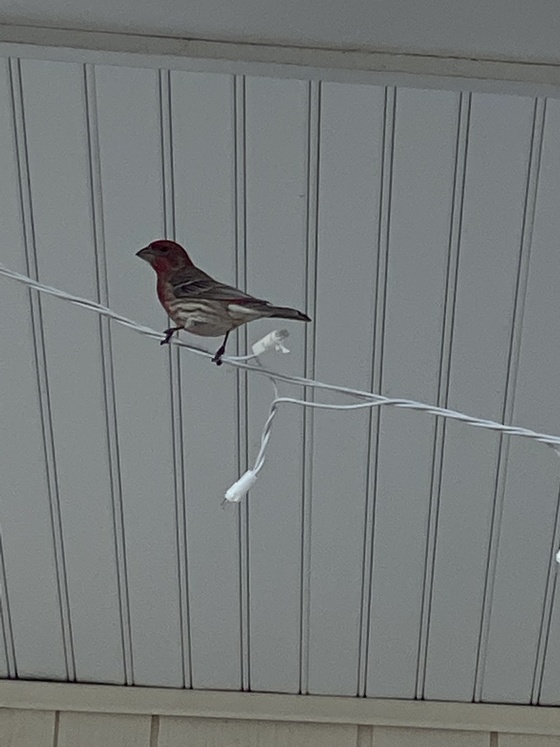 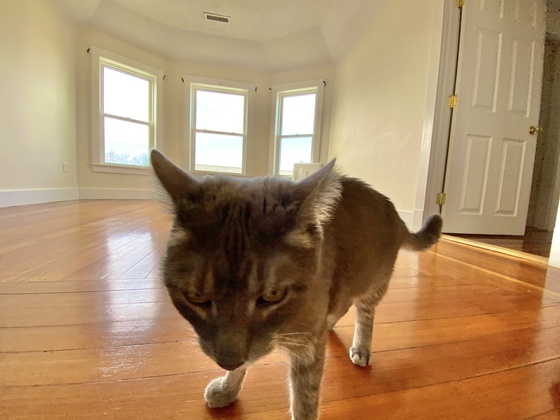 Two weekend thoughts: It took me a weirdly long time to notice that the closest Dunkin' Donuts is one that I used to go to when I lived in Arlington before, and is actually at the end of my street...
Also, assembling IKEA furniture... I would really love to see an F1 tire changing team type group put together one of these things Some astounding PETSCII art by christwoballs... 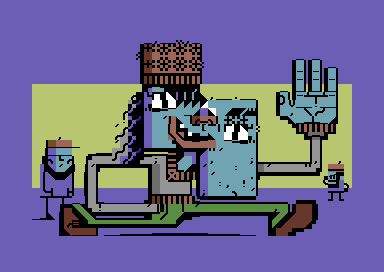 playlist
May 3, 2021
Boomers Got the Vax
SNL SNL has these really polished hiphop videos... "money- stacks. pants- khaks. arm- vaxxed. no- mask" "i m m, u n, i, t y - that's what I got. I got bodies, anti-"
★
★
★
★Fix A Fault
The Sound Down Cellar The first (and my favorite) of 3 songs me and my tuba appear in this month! (All by some work I did last year w/ The Sound Down Cellar.) I even have a cameo in the music video.
★
★
★
★
★Harder, Better, Faster, Stronger (feat. Swatkins)
Scary Pockets Five stars! This band is like the best funkifying-cover band ever.
Cut Your Losses
The Sound Down Cellar More sedate song, again with me and my tuba Scheiny in it.
★
★
★
★You and I and George
Rowlf the Dog Novelty song, a little shmaltzy. (googling I'm surprised to find it's not a muppet original.)
Found in a ranking of the 25 best muppets Frankie and Johnny
King Oliver Late 20s (the 1920s), Tuba-heavy cover of the classic.
I got to thinking about tubas in jazz and what not, and this was referenced in A Contender for John Coltrane's Favorite Tuba Player ★
★
★
★Creep (feat. India Carney)
Scary Pockets Another great funkified cover.
Hungry Eyes
The Sound Down Cellar Final of the 3 I worked on with The Sound Down Cellar. I do like that bump bump badumpabump bassline.
Reasons I Drink
Alanis Morissette More recent autobiographical stuff!
Melissa mentioned this song, was surprised I hadn't heard of it. Let It Be
JP Cooper Polished cover, but I'm not sure it brings much new.
Buy Me a Condo
"Weird Al" Yankovic This song from my childhood came to mind last month, mostly 'cause of the title. I guess it's more making fun of suburbia, but listening now the rasta parody swings a bit near musical blackface, though it's not mean spirited.
If I Only Played The Tuba
Pat Scanlon And Friends I see Scanlon at Veterans for Peace events, and he gave me or I bought his 2 CD set, finally got to listening to it. This was my favorite, mostly because of the tuba reference. But he's a solid folk protest singer!
★
★
★
★You Can Do It
Ice Cube I missed this one back in the day, even though Mellisa quotes the refrain a lot. Acoustically it's so interesting - kind of a mix of skipping CDs or Windows 95 sound glitching...
Saw it in this INCREDIBLE AMAZING DANCE instagram video that leans into the computer-glitching theme in a totally organic way. Pfizer #2 in the arm. Ready to surf any side effects confident it's a hell of a lot less than the COVID :-D Pfizer #2 in the arm. Ready to surf any side effects confident it's a hell of a lot less than the COVID :-D

ramble
May 4, 2021
Very thoughtful piece on Evangelicals and how expectations of the Rapture looms so large for them.

(I think it underplays the who pre-Trib/mid-Trib/post-Trib angle... for some Christians, they cut the bitterness of it all with sugar of "Well God loves US BELIEVERS *too much* to let us go through the bad stuff, so we're going to be whisked away with a Get-Out-Of-Apocalypse-Free card" - an angle I really resented when I was more of a fearful, post-trib believer, waiting for all good Christians to get rounded up here on Earth, and then only later would things be rebalanced)

The Salvation Army I grew up with was- to its credit - much more about doing good work in the here and now than this stuff, but still, it had a bit of brimstone about, and I think trauma about the fear of hell and the stuff in Revelation was one of my most formative influences... gotta get right with God, subjugate anything I might personally want to whatever God wants, lest I burn in hell forever.

It took me a while to realize there are flavors of Christianity that lacked that kind of f***ed-up-ness!

And man, it is pretty f***'d. Both individually - coercing people into staying in line with the church - and then institutionally. You can't expect people to be good stewards of the planet or even of society when they they are convinced Earth has hit its "Sell By" date and nothing we do matters.

Forgot to post this last month! I'm pretty happy with how I was able to present what BABAM is trying to do, though I absolutely didn't call our backing of the big BLM counterprotest/parade in 2017 a "personal" triumph 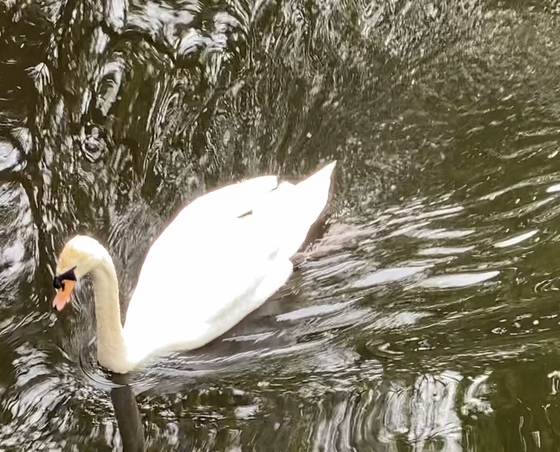 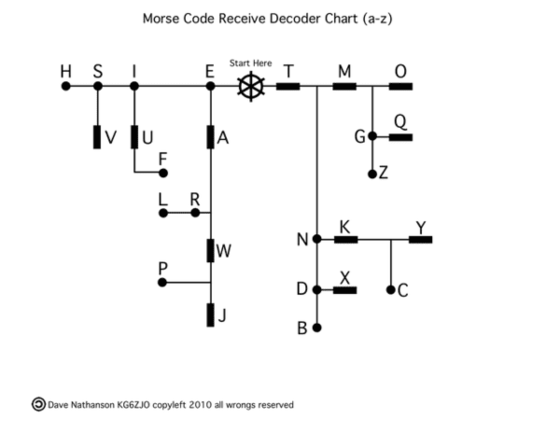 Two contrasting articles, and I realized they're both from The Atlantic.

One is on people who aren't going to take the vaccine. I think most of these folks are being personal wusses (none of the sets of side effect are all THAT bad) and ignoramuses about how public health works, but I think it's good to try to see where they are coming from: "This is the no-vaxxer deep story in a nutshell: *I trust my own cells more than I trust pharmaceutical goop; I trust my own mind more than I trust liberal elites‪.*"

The second (with some coverage of Somerville, where I just moved from) hits even closer to home: The Liberals Who Can't Quit Lockdown.

Where and how to get off the quarantine treadmill is a tricky one! There's absolutely an aspect of group affiliation, as well as a culture of caution and anxiety, that moves beyond what the science is saying. Masks - besides doing their job of disrupting the spread - have become a short had for "I give a shit about science and public health". And now we're in a middle zone, where someone going without a mask might just be vaccinated up and aware of the minimized risk, or they might be a yahoo who has always preferred to roll the dice.

Switching gears is tough. I used to kind of roll my eyes at people outdoors who would go mask down but then raise it when other's approached, but now it seems like a reasonable compromise. (Of course, the vaccine situation was different when my prejudice was born) Admittedly outdoors plus a little space has always been maybe not as dangerous as some of us have feared.

Silver lining of walking outdoors mask down/mask up - it really makes you appreciate the freshness of outdoor air!

(Man, The Atlantic really seems to be near the top of the production of thoughtful articles, I'm glad I'm a subscriber.)

Bad men need nothing more to compass their ends, than that good men should look on and do nothing.

We must take sides. Neutrality helps the oppressor, never the victim.

I ponder on these quotes, because they certainly challenge the kind of taoist/buddhist-ish equanimity I try to live. Like, I think a lot of damage is done by people firmly grasping opinions, and follow the brain's inclination to decide "Am I on team 'All For' or 'Absolutely Against' this?"

Looking up the "Have Fewer Opinions" I found this essay on it, and the socially-driven, ad-hoc, post-facto irrational justification for so much of what we do.
Rolling Stone's Top 100 Sitcoms list is very thoughtful and fun to read. 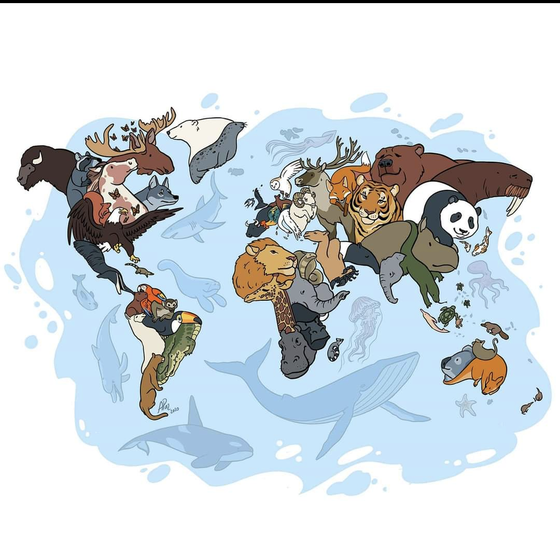